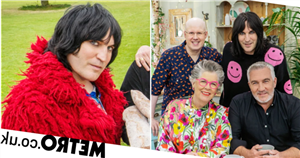 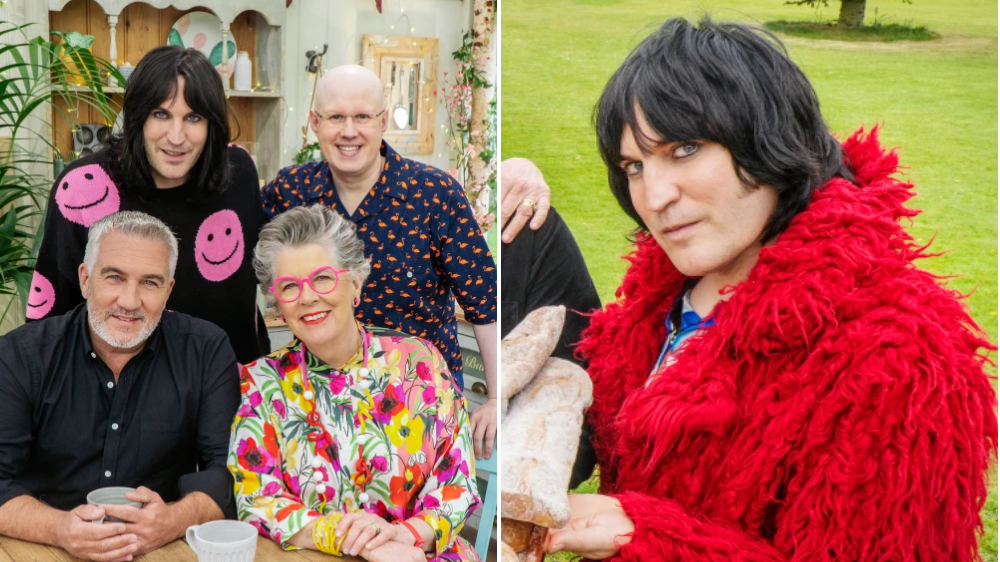 Noel Fielding is sometimes so outrageous on the Great British Bake Off that his cheeky commentary doesn’t make it into the final cut.

The eccentric king of jumpers and all-around loveable presenter returned to television screens on Tuesday night along with his equally funny and trusty co-host Matt Lucas for the launch of the latest series.

According to former contestant Dan Chambers, who was first to be eliminated when he appeared in the 2019 edition of the wholesome show, Noel provided a lot of entertainment while filming.

However, not everything Noel said was able to be aired due to the nature of his remarks.

‘A lot of the things that he would say didn’t make it in because he would just say anything he wanted to and it might not have been quite appropriate,’ Dan exclusively divulged to Metro.co.uk.

He also added that Noel and former presenter Sandi Toksvig, who has since been replaced by Matt, could be a little distracting at times. ‘You’re thinking “I haven’t really got time to speak to you” and you’ve got to be like “I’ve got to crack on with this”.’

Dan isn’t the only former Bake Off contestant to have fondly remembered Noel’s playful behaviour behind the scenes.

Laura Adlington, who was a finalist in the 2020 series, previously told Metro.co.uk that the Mighty Boosh star was ‘always getting told off’ by producers for causing mayhem, especially during the technical challenge.

‘He used to play a game where he’d steal the pictures of the bakers and he’d swap them around just for a laugh,’ Laura shared.

‘The producers would then have to watch the footage back to see whose was whose so the judges couldn’t give us the wrong feedback.’

She added: ‘He’s so funny, he’s like a big kid really. He was always getting told off by producers. They’d say things like, “Hurry up, slow down, get off the fridge, get out the fridge.” He would just mess about all the time.’

Great British Bake Off continues at 8pm on Tuesdays on Channel 4.