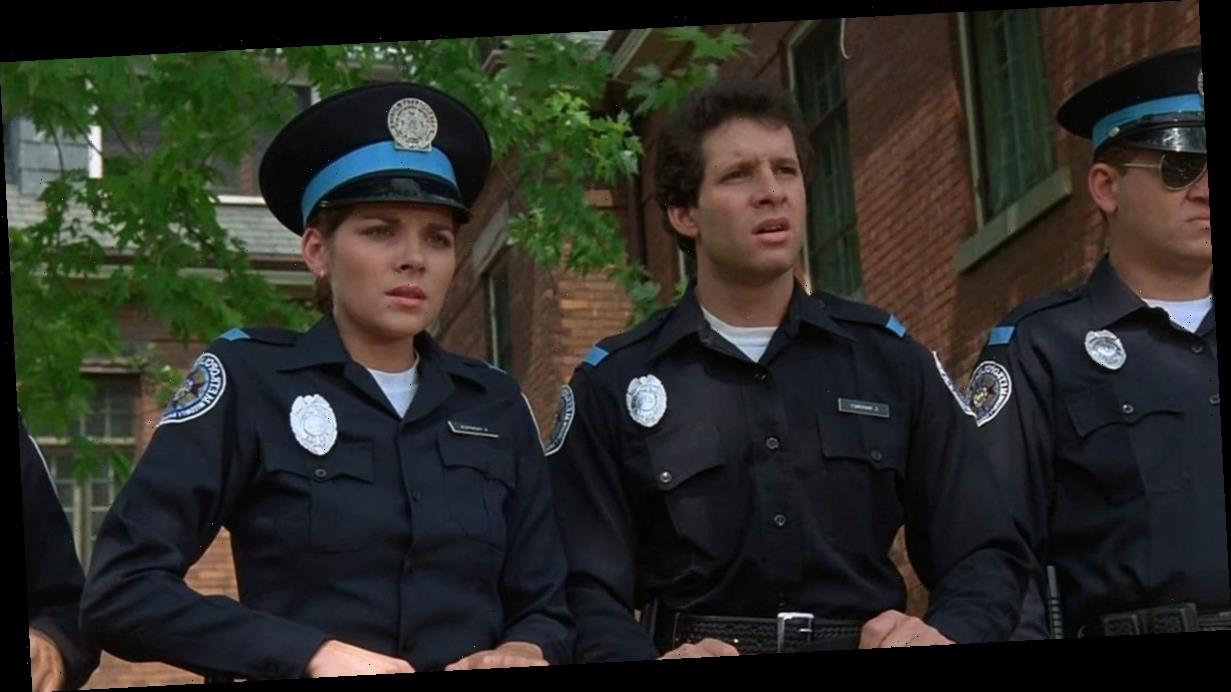 The vast majority of movie fans agree that the seventh and last Police Academy movie was rubbish.

Back in 1994, Mission to Moscow looked to have hammered the nail firmly into the franchise's coffin. It was so badly received, not even the most devout Police Academy fans wanted film number eight.

But memories are short. Sixteen years on, the bright sparks at HBO Max, the network's upcoming streaming service, reportedly think now is the perfect time to bring the series back from the dead.

According to MovieWeb , HBO wants to rival Netflix , Amazon, Hulu, Apple and co. with its new streaming platform, and original content such as a Police Academy reboot could be key.

Steve Guttenberg, the movies' main man, suggested a reboot was in the works back in 2018. He and another of the films' stars, Michael Winslow, are said to be keen to return.

But what are the chances of other original cast members attending? Here, we look at the Police Academy stars did after Mission to Moscow…

Much of what was great about the first few Police Academy movies came from chief prankster Mahoney.

He was played expertly by Steve Guttenberg, who was promptly propelled to superstardom. Major roles in Cocoon, Short Circuit and Three Men and a Baby followed as he tore up Hollywood in the 80s.

Sadly, Guttenberg decided the fourth Police Academy movie, 1987's Citizens on Patrol, was to be his last.

He married model Denise Bixler in 1988, but they split in 1991. Work wise, he spent the 90s acting on Broadway but struggled for big movie hits, starring in a string of flops and doing a spot of directing.

The 2000s largely continued in the same vein. In 2008, he appeared in panto in Bromley.

That same year, footage – which looked like it was staged – of Guttenberg jogging, stretching and lunging in a thong resembling dental floss in New Yorks Central Park.

In the original Police Academy film, Kim Cattrall played a bored socialite who joined the force for some fun.

But 15 years after she filled the role of Cadet Karen Thompson in the 1984 movie, she achieved global fame thanks to her saucy depiction of highly sexed New Yorker Samantha Jones in Sex and the City.

Kim, now 63, starred in just the one Police Academy film before landing parts in movies including Big Trouble in Little China, Mannequin, The Bonfire of the Vanities.

This year, she'll play the lead in a new satirical comedy on TV, Filthy Rich.

Rising through the ranks from sergeant all the way to captain as Debbie Callahan in Police Academy, Leslie Easterbrook's character was as renowned for her curves as she was her trigger finger.

But she says she's nothing like her character in real life, adding: "The funny thing is, that's not me at all. I'd never played tough.

"I'd played all kinds of things, but I'd never played someone who's intimidating or someone that was aggressive sexually. I was of a size that I never played the girl who got the guy. I wondered how I could do it. But I did."

Easterbrook, 70, has remained in work, enjoying something of a resurgence in recent years thanks to roles in Rob Zombie's horror films. She's married to M*A*S*H writer Dan Wilcox.

She says the original Police Academy cast are like a "big family".

He had a few other film and TV roles, but the Police Academy series was his biggest achievement in acting.

Sadly, Smith was found dead in his Los Angeles home in 2011. He died from acute drug intoxication and heart disease. Phentermine, weight-loss drug, was found in his system. He was 66.

An autopsy found his heart weighed more than twice the average.

After 1994, he continued to act, appearing in films including The Brady Bunch Movie and Rules of Engagement.

He died suddenly after suffering a heart attack during his brother-in-law's wedding in April 2001. He was married with two sons.

Graf's funeral was attended by all the main cast members from the Police Academy movies.

After Police Academy, she had a recurring role in the 90s Addams Family TV show and starred in low rent horror movies Lavalantula and 2 Lava 2 Lantula.

Before getting into acting, Ramsey made her name as a talented singer and songwriter.

In the 80s and early 90s, Michael Winslow was responsible for schoolchildren – and a fair few adults – trying their damnedest to make police siren and helicopter noises with their voices.

A beatboxer, comedian and actor, he was already known as The Man of 10,000 Sound Effects, when he landed the part of Cadet Larvell Jones in Police Academy.

Since 1994, his unique talent has kept him in work, often as a voiceover artist. He also performs as a stand-up comedian and is a motivational speaker.

Now 61, he's been married three times, but is now divorced. He has two children.

In 2017, he appeared as himself in the comedy film, Killing Hasselhoff.

The butt of most of Mahoney's jokes, hapless Captain Harris was played G.W. Bailey.

In 1993, around the time filming ended on Mission to Moscow, Bailey went back to college, completing a degree in fine arts and theatre.

He's continued to act, most notably appearing in TV movies, Solomon, Jesus and Paul, made as part of the Bible Collection for the TNT network,

Bailey, 75, has also had roles in TV shows, Nip/Tuck and Major Crimes.

He serves as executive director of a foundation which provides trips for child cancer patients.