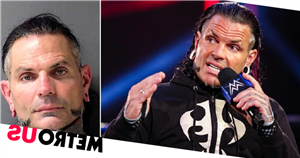 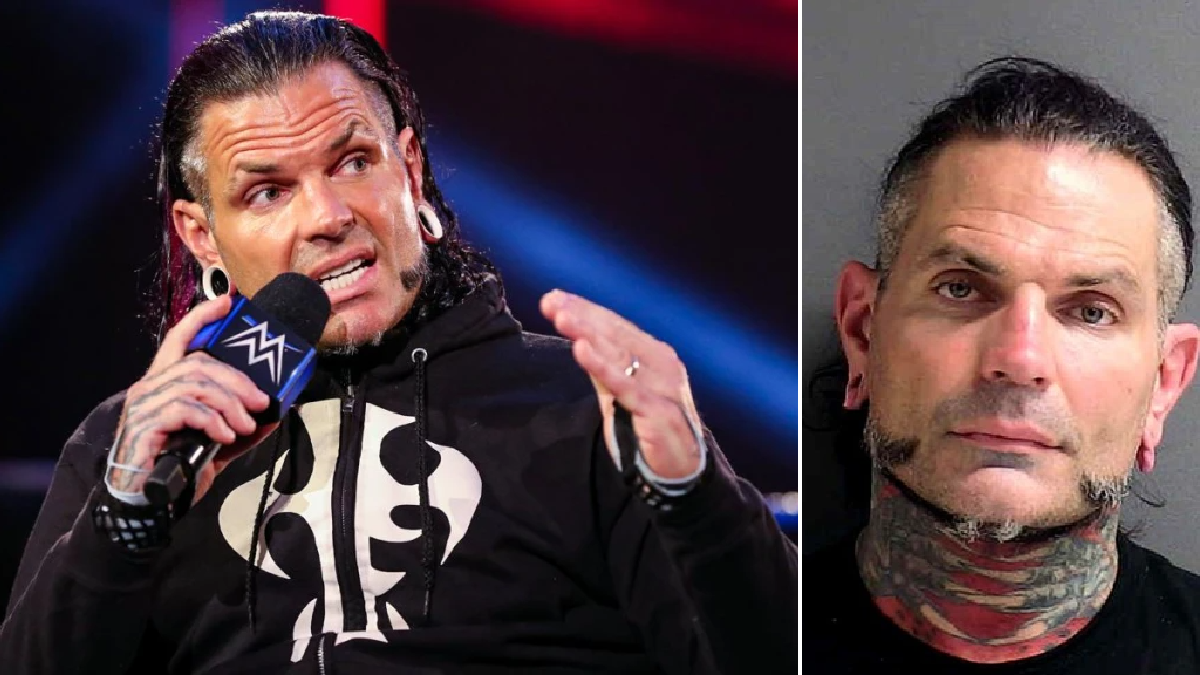 Three officers drew guns on Jeff Hardy during his arrest in the early hours of Monday morning.

The WWE legend and current All Elite Wrestling (AEW) star was arrested in Volusia County, Florida shortly after midnight on Sunday night on charges of alleged third drug or alcohol-related DUI offense within 10 years, driving with a suspended, canceled or revoked license, and violation of restrictions placed on a driver’s license.

In dashcam footage from the police car obtained by TMZ, the three officers can be seen drawing their guns on Hardy as he seemed not to comply with their orders shouted through his closed windows.

He then opened his car door without any further incident, and the former world champion appeared unsteady on his feet as he excited the vehicle.

While being questioned by the officers, Hardy appeared to admit to drinking shots of Fireball before driving.

The 44-year-old star seemed to stumble through each field sobriety test, and an officer handcuffed Hardy and told him he was ‘under the arrest for the offense of DUI’.

The outlet added that, according to police documents, Hardy – who has been open about his struggles with addiction – blew a .291 and a .294 – three times the .08 limited in Florida – through a breathalyser at the station.

He bonded out of jail late on Monday evening, but faces three charges including felony DUI and two misdemeanors, and he is due in court for a hearing on Tuesday.

Hardy was scheduled to be part of Wednesday night’s episode of AEW Dynamite, where he was due to team up with his brother Matt against The Young Bucks and Jurassic Express for the latter duo’s tag team championships.

In Twitter posts advertising the show, the match is no longer being promoted.

AEW has since suspended Hardy following the incident and in a statement said it does not condone his alleged behaviour.

‘We made it clear to Jeff that we’ll assist him in getting treatment for substance abuse issues, which he has indicated that he’s open to receiving,’ it read.

‘In the interim, he is suspended without pay, and he can only return to AEW upon successfully completing treatment and maintaining his sobriety.’

AEW also provided a number for a helpline for any fans in need.

Hardy was shockingly released by Vince McMahon’s company in December following an incident at a live event, and he made his AEW Dynamite debut on the same day he officially became a free agent.

Earlier this month, he teamed up with Matt for a ‘dream match’ against the Young Bucks at AEW Double Or Nothing, but Matt revealed Jeff was ‘knocked loopy’ early on and doesn’t remember anything after the incident.

AEW and Jeff are yet to comment publicly on the arrest or charges.