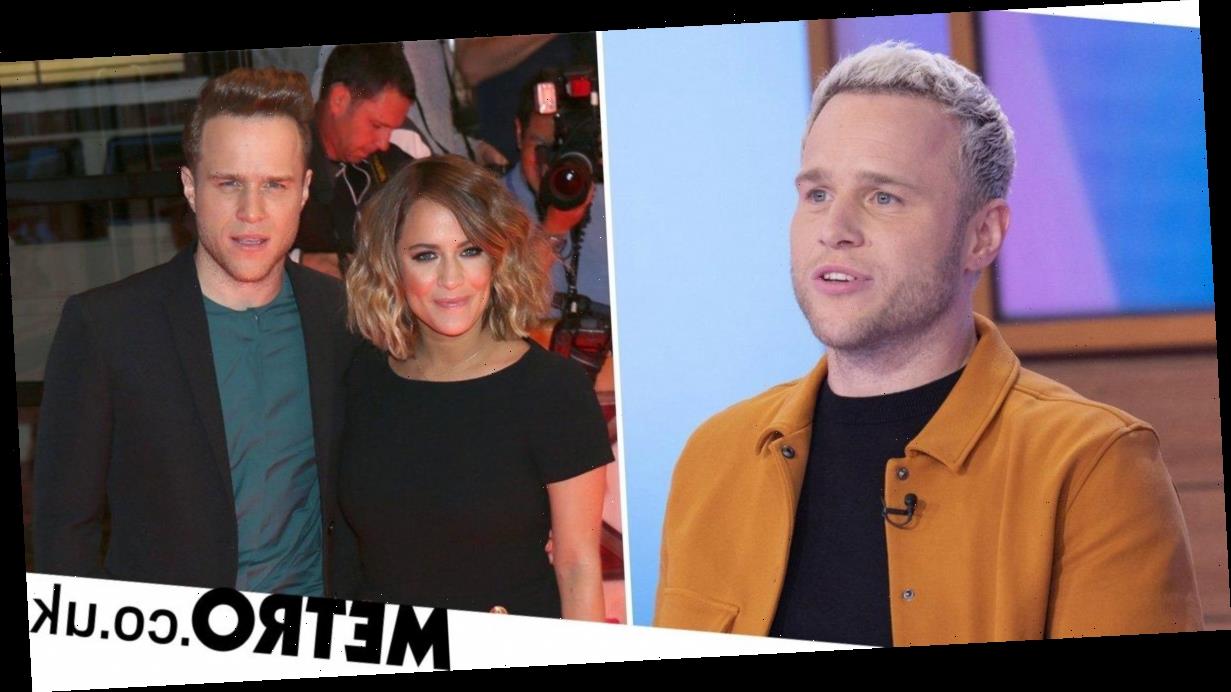 Olly Murs choked up during Loose Women today as they showed a photo of him with Caroline Flack.

The pair presented X Factor together for one series in 2015 and the singer struggled to talk as he remembered the former Love Island host.

Andrea McLean shared her condolences before Olly told the panel: ‘It’s been tough, even you saying them words it doesn’t really make sense to me yet, I’m still really coming to terms with it.

‘It was a massive shock, I was on holiday at the time,’ he recalled.

‘The last couple of weeks has been… it’s so hard to even talk about it, to be honest.’

Olly explained that while he isn’t receiving counselling for the tragedy, his friends and family have been a rock before he was taken aback by a photo of himself with Caroline.

‘It’s been tough,’ he sighed. ‘I never thought I’d never seeher again. I love her to bits and I’m going to miss her.’

Olly’s appearance came just after an interview on VirginRadio with Chris Evans where the Troublemaker singer revealed he was on holidayin Bali with his girlfriend Amelia Tank when he received the news.

‘I got the phone call about 2:30 in the morning, so I was actually asleep at the time,’ he said. ‘And yeah, I just looked at my phone and just kind of in shock and to be honest it has not really definitively sunk in properly.

‘You know, she was an amazing person and great. Yeah,just amazing in every way.  Just a shame that it happened.’

Olly and Caroline first presented The Xtra Factor together in2011 before they were bumped up to the main show, replacing Dermot O’Leary in2015.