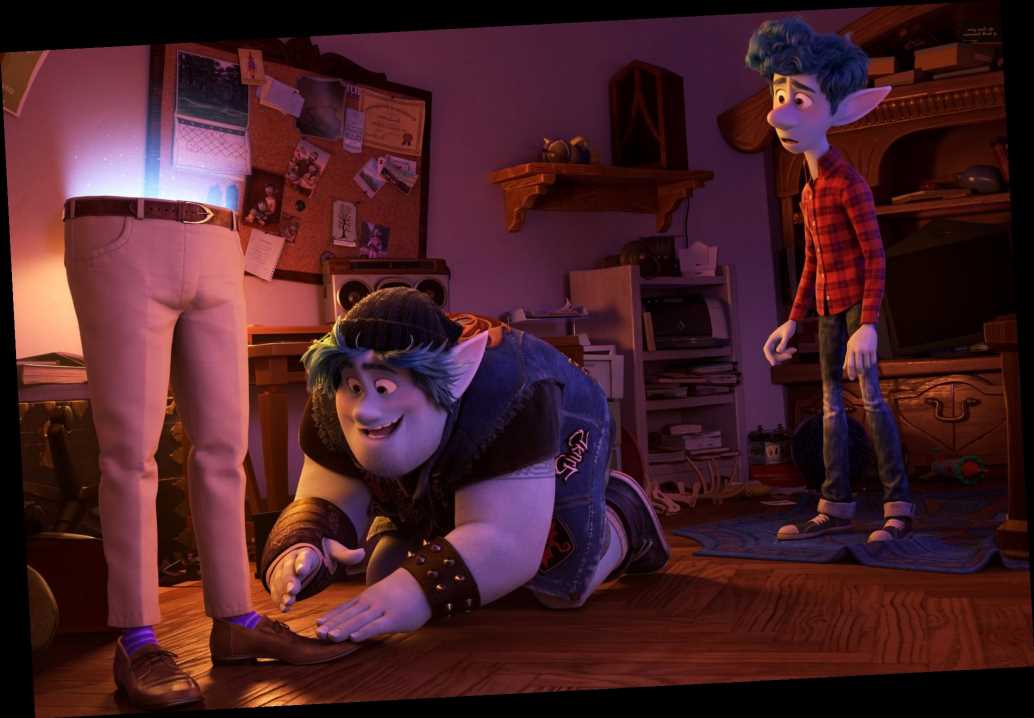 Even when a new Pixar movie isn’t up to, well, Pixar’s regular high standards, there is still animated magic to be had. That’s the case with Onward, a sweet-silly-slapdash tale about two pointy-earred elves: shy, introverted, teenaged Ian Lightfoot (voiced by Spider-Man Tom Holland) and his blustering, bumbling older brother Barley (voiced by Star-Lord Chris Pratt). Both boys have daddy issues since the old man died a few years back — not surprising, given that parents tend to have a high mortality rate in the Disney/Pixar universe. Their single mom Laurel (Julia Louis-Dreyfus) has raised them the best she could in New Mushroomtown, a “typical” chunk of suburbia brimming with threat-free, fantasy creatures ( trolls, unicorns, elves) that gather like mythic mall rats. And like our world, they live in a landscape where digital technology threatens to replace imagination. When Octavia Spencer voices the Manticore — a fire-breathing scorpion now domesticated as the manager of a theme-park restaurant — the sad truth sinks in: The wizarding world is not what it used to be.

It’s on Ian’s 16th birthday that we find out Mom has been holding out on the boys. Her accountant husband Wilden (Kyle Bornheimer) had apparently left behind a wizard’s staff, an enchanted stone and a spell that could bring dear dad back for a single day of playing catch-up. Sadly, Ian has only a half-assed knack for spells, conjuring up the lower half of his father’s body — but not the part that sees, speaks and hugs. Luckily, Pops’ khaki-covered legs can tap dance messages, one of which may lead to finding another enchanted stone to complete the spell. And if Ian and Barley want to restore 100 percent of their father before time runs out, they’ll have to embark on a journey into the unknown, starting their quest in a beaten-up van that Dungeons and Dragons freak Barley calls Guinevere.

What Do We Want From 'The Lion King' and Disney's Live-Action Remakes?

That’s the setup devised by director Dan Scanlon (Monsters University) from a script he wrote with Jason Headley and Keith Bunin, and based on how Scanlon felt when he and his brother lost their own father at an early age. That personal angle goes a long way toward holding the emotional center when Onward zigs and zags, borrowing ideas that don’t exactly have the freshness of dew still on them. That’s not to say there aren’t dazzling distractions. The elf brothers have a pet dragon that’s scared of its own shadow. There are leather-jacketed pixies on motorcycles, a centaur playing mom’s boyfriend (Mel Rodriguez), and a cyclops patrol cop (Lena Waithe) who is lesbian and proud — a commendable first for Pixar. By the time Tracey Ullman shows up as a reptilian pawn broker, the all-star cameos begin to wear thin. The bigger the stunt — a Gelatinous Cube that swallows everything in its path — the less the impact. You feel more of a connection to Ian and Barley when they nervously cross an invisible bridge that will support them only if they believe.

In the end, the affecting simplicity of the family dynamic saves the day. Deep bows to the vocal performances from Holland and Pratt, both of whom help reveal Onward isn’t really an abstract parable of the absent father, but a relatable tale about how the broken bond between two brothers is mended by a common cause. Like the top tier of Pixar (Toy Story, WALL-E, Up, The Incredibles), its latest works best when it uses the modern machinery of animation to evoke the eternal wonder of being human. You’ll laugh. You’ll cry. But first you have to cut through the noise.