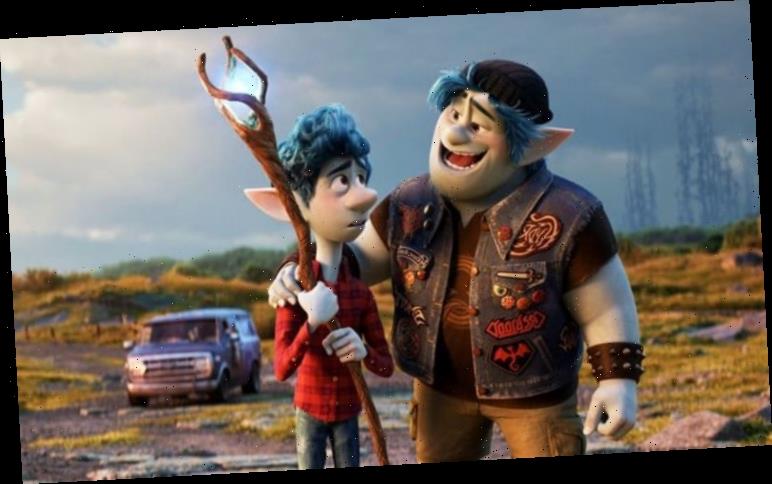 In recent years, Disney’s Pixar movies have not only left audiences in fits of laughter but also tears. From the grief of Up’s opening scene to Coco’s touching ending, now the animation studio has given us Onward, starring Chris Pratt and Tom Holland. The new movie is set in a fantasy world which has lost its magic, as two brothers set off on a quest to resurrect their dead dad for just one day.

However, when the spell he left sons Ian and Barley only restores his legs, the siblings have until the sun sets the next day to restore him fully.

The producer said: “When Dan was a year old, his father passed away.

“He doesn’t remember him at all and neither does his brother who was three at the time.” 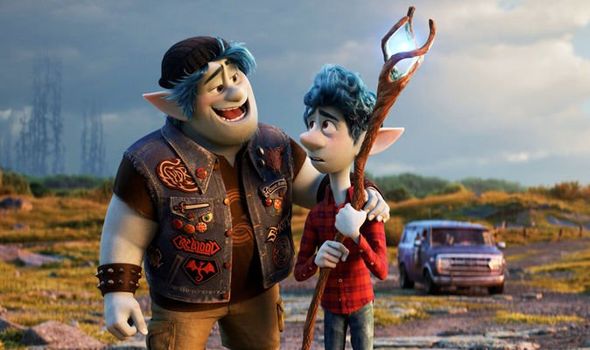 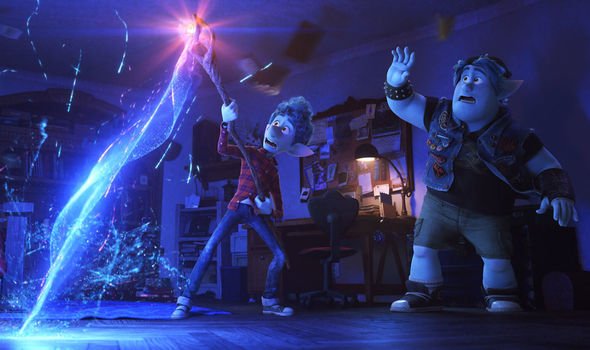 Rae continued: “Dan and his brother had heard stories about their dad from their mom. They’d seen pictures of him, watched home videos of him.

“But those videos didn’t have any sound and so they had never heard his voice.

“Until one day, when Dan and his brother were teenagers, a relative sent them an audiotape that they thought might have their father’s voice on it.

“It was a cassette tape recording with guests’ well wishes at his aunt’s wedding.” 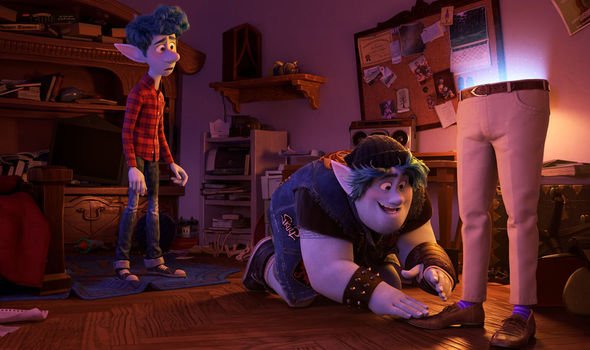 She added: “Dan and his brother listened to the whole first side of the cassette and [there was] nothing from Dad.

“They flipped over and were almost to the end when their aunt finally found their father with the recorder.”

It turns out all that they could hear was their father saying “Hi” and “Bye”.

Nevertheless, those two words “were like magic” for Dan and his brother.

DON’T MISS…
James Bond SHOCK: Disney has desire to buy 007 after Star Wars, Marvel [INTERVIEW]
Disney Plus: Here are ALL the movies coming to Disney streaming service [DISNEY PLUS]
Coco: ‘New Pixar movie will have adults and kids in TEARS’ [PIXAR]

The producer revealed: “They could read into those two words and they could learn something about him.

“Dan had always wondered who his dad was and how is he like him. And those questions became the road map for this film.”

But it wasn’t just the director’s story that provided inspiration, with other crew members opening up about those they had loss.

It turns out Onward’s story resonated with others on the production too.

Rae said: “[Dan] was worried it was going to become too autobiographical or something. And so, I had a lot of really, really great times and moments with all of us sharing our personal stories.

“So it wasn’t necessarily just Dan because we knew we were making a film for the world. But I think his personal story…everyone on the team…it just resonated with everyone.

“[People] would tell us stories of somebody they lost or a sibling story and that was really special, all the way up to the end. And a lot of the crew are bringing their siblings to the wrap party and I think that’s cool.”

Onward is out now in UK cinemas.