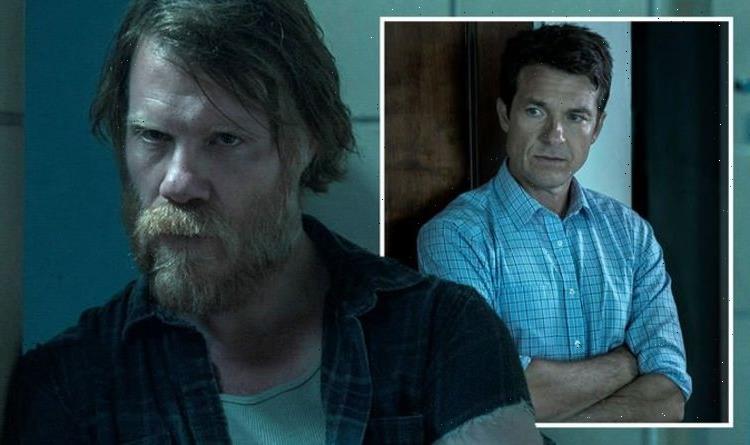 Anticipation levels couldn’t be higher among the Ozark fandom to discover just how money laundering husband and wife duo Marty (played by Jason Bateman) and Wendy Byrde’s (Laura Linney) stories will come to a close. Over the past few seasons, Netflix viewers have witnessed the pair spiral deep into a murderous life of crime, doing whatever it takes to keep their own heads above water – even if it means killing off family members. And this brutal and callous tactic hasn’t been exclusive to the Byrdes, however, as Ruth Langmore (Julia Garner) murdered her own uncle Russ (Marc Menchaca) back in season one.

Ruth killed her uncles Russ and Boyd (Christopher James Baker) after the pair plotted to murder Marty and steal the money he was laundering for Omar Navarro (Felix Solis) and the cartel.

Plus, Russ had been blackmailed and manipulated by scheming FBI agent Roy Petty (Jason Butler Harner) into ratting on his own family and Marty in order to try and take the money launderer down – but Russ soon snapped and tried to take matters into his own hands.

Knowing Russ’ actions would have himself, Ruth and the rest of the Langmore killed – as well as the fact he was working with the FBI – Ruth decided to set up an elaborate trap to have her uncles electrocuted to death.

While Russ was in no uncertain terms deceased at the scene, actor Menchaca did reappear in season two as a guiding voice to son Wyatt (Charlie Tahan).

Via hallucinations, Russ was on hand to try and help Wyatt in his time of need as he sought advice for his future.

So will Russ reappear in a similar fashion in the fourth and final season?

Menchaca spoke to Express.co.uk about the possibility of a comeback as well as which of his co-stars he’d wish to spend more time with on-screen.

“They like to keep it up in the ether. I was told to say that if anybody asks – because obviously, we did talk because I did come back in season two – and they said, just leave it up to the (fans’) minds.”

So while fans will have to wait and see if Russ returns, Menchaca did reminisce fondly about his previous experience on the show – although admitted he would’ve liked to have spent more screen time with Jason Bateman.

“I think it would have been fun if we had had more stuff with Marty,” he said. “It wasn’t necessary, but I mean, I just love working with Jason so much.

“He’s a great director. Good dude. And, I mean, we had a lot of fun in (my) first scene. I met Jason right before that (and) it was kind of funny, we were rehearsing the scene and he was kind of allowing for some improv at the end of it,

“And one of my favourite moments was getting him and making him break and laugh.”

Menchaca went on: “We didn’t use it in the end, but it was fun. We just had a good time working together.”

However, the actor also treasured the scenes he did shoot for the show opposite on-screen brother Boyd. Menchaca added: “But you know, the other side, Chris Baker and I, we pretty much worked all the time together. I really liked what Chris and I had.

“There were some sweet moments of his understanding of me, you know, that was never spoken, but you knew that he knew what was going on with me.

“I mean, I could always work with Charlie and Julia more as well. I would work with any of those guys again,” the Ozark star added – so could he get to do so in season four?

Discussing the impact of his return from beyond the grave, Menchaca admitted he was somewhat sceptical after not being a “fan” of hallucination sequences but was full of praise for showrunner Chris Mundy for pulling it off

“Chris Mundy, he’s really so great. And I was not a huge fan of those of like flashbacks and stuff or, you know, I was kind of a ghost in these things, but I thought he did it – it was so short and sweet and beautiful how he did that I was happy to go back and do it,” Menchaca said.

Menchaca can currently be seen in the new thriller #Like alongside Orange Is the New Black’s, Sarah Rich.

Ozark season 4 premieres on Netflix on January 22, 2022.
#Like is available to rent and download on digital platforms now.