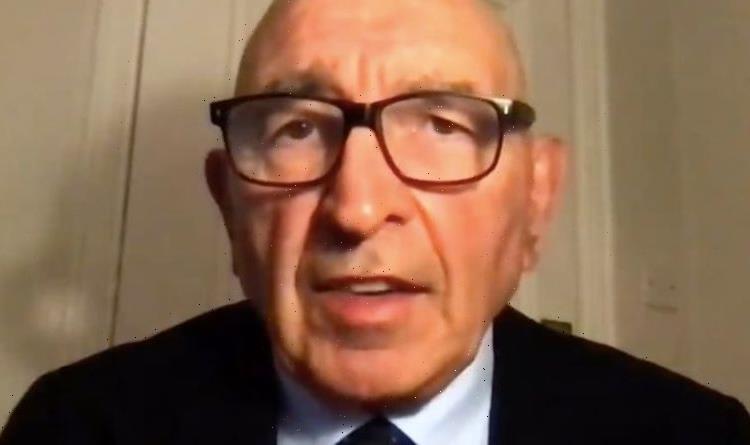 Former Ambassador to Afghanistan William Patey has urged the UK to form an alliance with China and Pakistan to monitor Afghanistan’s situation better, saying that the Taliban will have a dialogue “if they want to hold onto power”. The UK is currently in talks with the Taliban to secure safe passage out of Afghanistan for a number of British nationals and Afghans who still remain there.

“One of them is to avoid Afghanistan becoming a host for international terrorists. Another is to avoid a refugee crisis.

“And as a consequence of economic collapse.”

He continued: “So what tools that we got are at our disposal? And diplomacy is the most available tool rather than military action.

“So Britain as a country should be working with other countries who share those objectives.

“And I would include China and Pakistan in some of those objectives avoiding an economic collapse, avoiding a humanitarian crisis to try and engage with the Taliban to see whether we can achieve those objectives.

“I think we’re more likely to achieve them through engagement than we are through isolation.”

When asked by the host whether the Taliban can be engaged with, the former ambassador replied: “Yes”.

He said: “We’re now going to engage with them in Doha so I mean you can talk to them.

“It’s a different dialogue. I mean I had a dialogue with them when I was in Afghanistan about them coming into the peace process– ultimately unsuccessful because they thought they could win through military means which of course they have done

“So, you know, the Taliban need things. They’re running a sophisticated country.”

Mr Patey continued: “They’re already worried about the brain drain. They know they can’t run this country without help.

Sturgeon under pressure to make four-day working week PERMANENT as Scots back £10m scheme [Analysis]
‘How is that no retaliation?’ Taliban grilled as Susanna Reid confronts him on Kabul crime [Video]
Taliban warned ‘they will pay high price with their blood’ as rebel forces amass in valley [Insight]

“75 percent of Afghans budget was dependent on external assistance.

“So, if the Taliban again to run a government and hold on to power as they want to do, they’re gonna have to engage as well.

Foreign Secretary Dominic Raab said more than 17,000 people had been evacuated by the UK from Afghanistan so far, including over 5,000 UK nationals.

A No. 10 spokesman commented on the UK-Taliban negotiations, saying: “The Prime Minister’s special representative for Afghan transition, Simon Gass, has travelled to Doha and is meeting with senior Taliban representatives to underline the importance of safe passage out of Afghanistan for British nationals, and those Afghans who have worked with us over the past 20 years.”