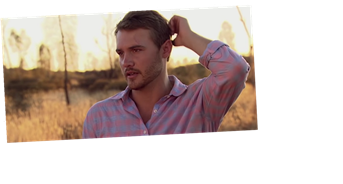 Y’all! We made it through The Bachelor Women Tell All special last night, which means there’s only one more episode left for Peter Weber to get it together and find his fiancée.

After two hours of arguing and a lesson on internet trolls, Chris Harrison revealed what’s to come in the final week. Honestly, I don’t think I’ve ever seen so many tears in the span of a three-minute teaser trailer.

Reality Steve hasn’t spoiled the finale yet, so here’s what we know about next week’s episode: After Peter stares lovingly at a kangaroo as his voiceover says, “I see exactly what I have in front of me and it’s the most perfect woman,” he and Hannah Ann make out in the dirt in front of some other kangaroos. It’s a great start, all k things considered.

But then he sees Madison and is so conflicted about who he loves more. To help him through his emotions, Peter turns to his parents, who also speak with Hannah Ann and Madison but don’t seem to resolve anything.

Hannah Ann then says she feels like tapping out and like she’s given Peter so much but doesn’t feel like it’s reciprocated. The tension is thick! Fast forward a few beats and Peter and Madison are crying as he says, “I want us to get through this.” So, like, did he just forget about Hannah Ann?

Then! Chris enters the chat and is like, “Before you do what you’re about to do, there’s something I just found out.” Of course, this causes Peter to legit spiral and have to lie down because he feels like he’s gonna pass out.

Next thing you know, he’s telling one of the ladies, “From the bottom of my heart, I’m so sorry.” But then his mom is full-on weeping and is like, “Don’t let her go! Bring her home. Bring her home to us. That’s what love stories are made out of.”

The trailer is truly three exhausting minutes of tears and suspense. Like, ABC’s video editors were on it when they made this baby.

So based on everything we know so far, I’m going to guess one of the women leaves for some reason and then Peter will have to do a slow-mo running montage to get her back. Remember—it’s what love stories are made out of!