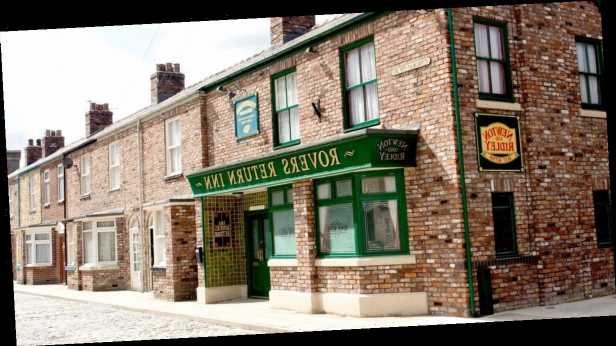 A petition has been launched calling for soaps to stop featuring pubs over fears it glamorises drinking culture.

EastEnders, Coronation Street and Emmerdale all have a local pub that has become the heart of the show over the years.

In the BBC soap, the cast all gather at the Queen Vic, while Corrie has the Rovers Return and in Emmerdale it's The Woolpack.

However, a new petition set up on Change.org argues the nation's favourite soaps should stop featuring the beloved pubs so heavily as a "community focal point" as it "normalises drinking" culture.

The post reads: "Coronation Street, Eastenders and Emmerdale have the local pub as a community focal point.

"In almost every episode of these soaps there is an insidious normalisation of drinking throughout what constitutes a normal day.

"Characters are not only portrayed as constantly popping in and out of the Rovers Return, The Queen Vic and the Woolpack they also open a bottle of wine at home every time a problem arises."

The petition asks officials at Public Health England and bosses at both the BBC and ITV to make changes to the shows to limit the amount of boozing seen onscreen.

The post goes on: "I ask that Public Health England and the Directors of the BBC and ITV recognise and address the dangers of legitimising such routine drinking which undermines the storylines highlighting problem drinking.

The pubs in the shows have become iconic over the years, with many of the soaps' most explosive storylines taking place in or around the boozers.

However, soap fans will not have to worry about the much-loved pubs being axed from the screen just yet as the petition has brought in less than 10 signatures so far.

While the number of signatures could rise, it's unlikely that any of the shows named will be affected.