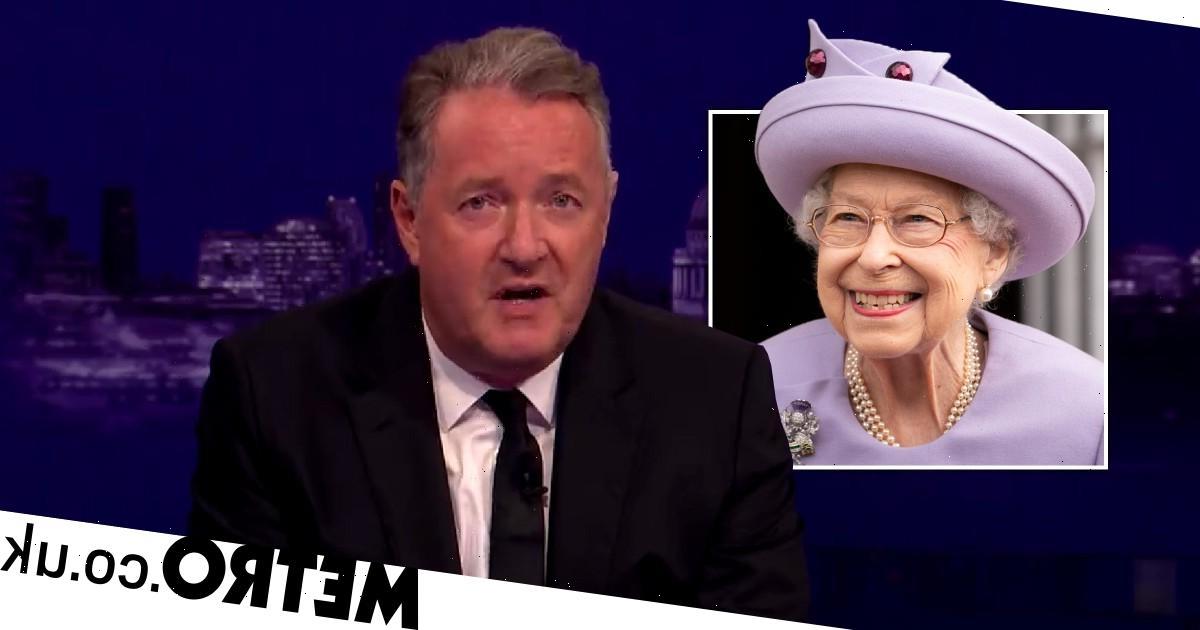 Piers Morgan isn’t impressed with sporting and cultural events being cancelled or rescheduled in the wake of Queen Elizabeth II’s death.

The Queen died yesterday aged 96, with Buckingham Palace confirming the news around 6.30pm, as celebrities and politicians around the world paid tribute to the monarch.

Since then, major broadcasters have announced changes to their schedules while events including BBC Proms and the National Television Awards have been rescheduled or cancelled.

It wasn’t just BBC Proms and football matches that really riled Morgan up.

In fact, it was the news that the Met Office will now ‘only be posting daily forecasts and warnings’ as ‘a mark of respect’.

Earlier today, the forecaster tweeted: ‘We are saddened by the death of Her Majesty Queen Elizabeth II. Our thoughts are with her family and all those affected by this news.

‘What wound me up today was I saw the Met Office tweeting, “We’re not going to put out hourly updates on the weather for the passing of the Queen,” and I was like, “What are you talking about?”‘

Morgan continued: ‘Why is it respectful to the Queen to not be putting out what the weather is? It just seems to me, everyone is virtue signalling and haven’t really thought through what signal they’re trying to push.

‘The Queen stood for stoicism, and getting on with stuff.’

Elsewhere, Morgan fumed over events like football matches and BBC Proms being cancelled. 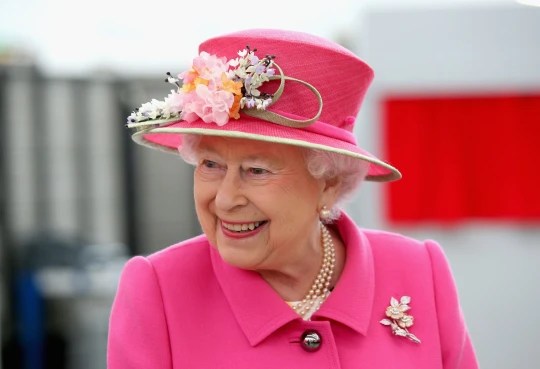 In a statement, the BBC Proms, which takes place at London’s Royal Albert Hall, said: ‘It is with great sadness that we have learnt of the death of Her Majesty The Queen, and as a mark of respect, this evening’s Prom with the Philadelphia Orchestra will not be going ahead.

A follow-up message then read: ‘Following the very sad news of the death of Her Majesty The Queen, as a mark of respect we will not be going ahead with Prom 71 on Friday 9 September, or the Last Night of the Proms on Saturday 10 September.’

Meanwhile, this weekend’s Premier League and EFL fixtures have been cancelled as the United Kingdom enters a period of mourning.

A statement from the Premier League on Friday morning read: ‘At a meeting this morning, Premier League clubs paid tribute to Her Majesty Queen Elizabeth II.

‘To honour her extraordinary life and contribution to the nation, and as a mark of respect, this weekend’s Premier League match round will be postponed, including Monday evening’s game.’

A statement from the EFL read: ‘Further to discussions on Friday morning it has been determined that all EFL fixtures from 9-10 September will be postponed as a mark of respect by the National Sport to the passing of HRH Queen Elizabeth II.

‘This is aligned with the approach that the Premier League and the FA will take with their competitions this weekend.

‘Further information, in respect of how football, clubs and their supporters will commemorate Her Majesty’s reign will be confirmed at an appropriate point. Details regarding rearranged games will be announced in due course.’

Highlighting that cricket, golf and horse-racing are still going ahead this weekend, Morgan said: ‘I don’t really understand why the football isn’t going ahead,’ pointing out the moment during a West Ham match yesterday where fans joined together to sing the national anthem.

Speaking about the Proms, he added, regarding the cancellation: ‘Why would that help? Why would that show any respect for the Queen? The Land of hope and glory? Jerusalem? The national anthem?

‘Flag waving? Wonderful music that she loved? Is that not what the Queen stood for? And wasn’t she really about the show going on?

‘Wasn’t everything that we know about this Queen that you just got on with things and the show would go on?

‘So why would we cancel all the football?’

Yesterday, Morgan paid a stoic tribute to the Queen, saying at the beginning of his live special: ‘Well this is the saddest and most momentous turning points in the history of the United Kingdom.

‘There’s nobody in this country or the world that hasn’t lived the majority of their lives under the reigning of Queen Elizabeth II.

‘For over 70 years she served this country with astoundingly dedicated duty. I struggle to even imagine a Britain without her,’ he added.

Morgan also hailed the monarch as the ‘greatest there’s ever been’ and the ‘very essence of being British.’

He continued: ‘She’s always been there, she had an aura of invincibility that sadly today has been shattered and now we have to learn as a country to live without her.

‘You will remember this day, because it’s history unfolding before our eyes.’

‘She guided us through the best of times and the worst of times. Through wars, terrorism, pandemics, natural disasters, financial crisis. Whatever it was, she was there.’

Morgan concluded his message saying when Queen Elizabeth II died ‘a little piece of Britain died with her.’