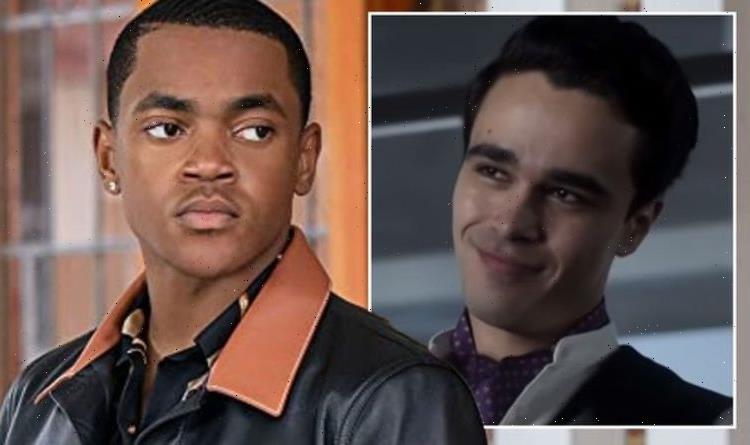 Sebastian ‘Bash’ Kumal-Stern (played by Abubakr Ali) made quite the impact alongside Tariq St Patrick (Michael Rainey Jr) when he was introduced in the first season of Power Book II: Ghost on Starz. Bash’s intelligence and know-how proved invaluable to Tariq as he looked to follow in his father Ghost’s (Omari Hardwick) and establish his own drug empire. And while he may have only popped up in a handful of episodes, fans will undoubtedly be expecting to see more of Ali in season two – although they’ll be able to catch him elsewhere as he’s penned to lead an exciting new show on Netflix.

Ali has put pen to paper to lead the way in Netflix’s upcoming comic-book series, Grendel.

The new action-packed fantasy series will be based on the Dark Horse comic books of the same name.

Grendel was created by author Matt Wagner and follows a masked vigilante in New York City as he tackles the dark underbelly of organised crime.

And the Power Book II star isn’t the only big name to land a role in the highly-anticipated series.

Joining Ali in Grendel is Jaime Ray Newman, who fans will undoubtedly know best for her roles in Marvel’s The Punisher and Oscar-nominated blockbuster Catch Me If You Can.

The Flash’s Julian Black Antelope will also appear in the series alongside Ali and Newman.

You star and Californication’s Madeline Zima has also joined the line-up as Liz Sparks.

Co-star Zima also echoed: “Insanely grateful and honored to be among these fanatic actors.”

And Zima isn’t the only one excited by the news of Netflix green-lighting the drama as a number of comic books fans weighed in with their reactions.

“Grendel is one of the absolute best comics from the age of Spawn and Sin City and Watchmen,” one fan said on Twitter. “It was criminally unsung and I hope this breathes the life into it always deserved.”

A second echoed: “I’ve been collecting this series since 1985! I cannot wait for this to come out!! I’m so excited!!!”

Another weighed in: “What’s most awesome is that way Grendel, as a series, scales up and down in scope, and how each level is satisfying in different ways, across genres and media.

While a fourth added: “If you had told me in the 80s/90s Grendel would get a TV show, I would not have believed you. This should be interesting…”

Netflix is yet to announce a release date for Grendel or when production may wrap.

In the meantime, the second season of Power Book II has been penned for a November 2021 release.

And the Power universe continues to expand with Book III: Raising Kanan airing on Starz now and Book IV: Force scheduled for release in early 2022.