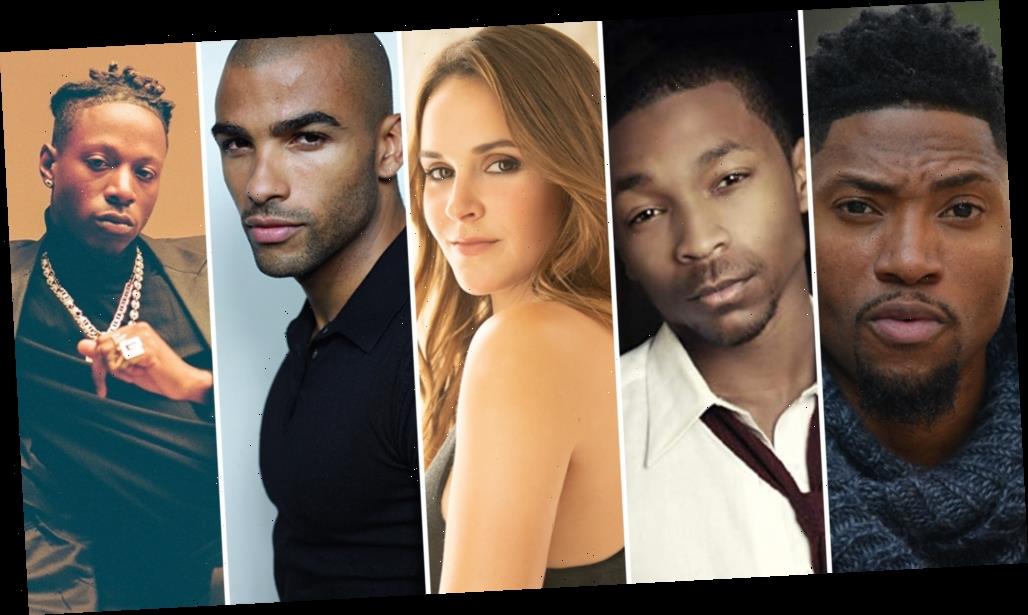 The third chapter of the Courtney A. Kemp-created Power franchise, Power Book III: Raising Kanan is a prequel that takes viewers back to the ‘90s and the early years of the now-deceased iconic Power character Kanan Stark, portrayed in the original series by Curtis “50 Cent” Jackson.

Brown will play Marvin, the muscle for Rag’s drug ring. Marvin is the older brother to Raq (Patina Miller) and Lou-Lou (Malcolm Mays) Thomas. Father to Jukebox and uncle to Kanan. The oldest of the Thomas siblings, what he lacks in smarts he makes up for in volatile aggression. A hothead who is quick to spring to a fight, he’s a mainstay of the family business, and as such, freely asserts his opinions on how to run things – though his ideas are typically dismissed by his smarter, shrewder younger siblings. His quick temper and loud personality make it difficult for his daughter Jukebox to connect with him, not that he would even notice her attempts.

Mays will portray Lou-Lou, Raq’s (Patina Miller) confidant. He is the youngest of the three Thomases and uncle to Kanan and Jukebox. Unlike Raq and Marvin, Lou-Lou is seemingly gentle, soft spoken – but he is also tough and fiercely loyal and won’t hesitate to pull the trigger when called upon. Often the voice of reason, Raq trusts Lou-Lou’s judgment, and relies on him as her right-hand man for work and family matters. Lou-Lou has a passion for the music business, and has big dreams of a future beyond the family business.

Caswell will play Det. Burke, Detective Howard’s (Omar Epps) newly minted partner. A third-generation cop but first-generation female detective from a long line of Irish cops. Burke comes from a long line of Irish-American cops, but is the first female detective in her family. She is hard working, smart, and desperate to project a tough exterior – both to her partner and to the hard-knock crews she encounters on patrol – but Burke is green, and it shows.

Sandeman will portray Symphony Bosket. Handsome, suave, cool, confident. Intelligent and intellectually curious, Symphony is getting his Masters in Urban Planning while moonlighting as a bartender at a popular night club. When he meets Raq, sparks fly – and despite their very different worlds, they quickly form an authentic romantic connection that will challenge them both.

Bada$$ will play Unique. Undeniably the biggest drug kingpin in South Jamaica, Queens, Unique was handed the keys to the castle by his brother, who’s spending the rest of his life in prison. Unique is Raq’s main rival in the quest for domination of the streets. Handsome, hard, shrewd, he’s the man in every way. Unique runs the blocks, negotiating for control of the neighborhood, and when there’s an obstacle, he’s tough but fair. Until he isn’t. If a rival crosses a line, Unique will always retaliate to protect his own.

Brown was a series regular in HBO’s Ballers and was the lead in Fuse Network’s The Hustle. He recently wrapped shooting Tales From the Hood 3, and an episode of BET’s American Soul playing Bootsy Collins. Brown is repped by A3 Artists Agency and Brillstein.

Mays starred as Kevin Hamilton in two seasons of John Singleton’s FX series Snowfall. He recently wrote his first studio feature for Warner Bros, titled Ferguson, an adaptation of the book Tell the Truth and Shame the Devil The Life Legacy and Love Of My Son Michael, and is currently writing New Jack City 2 for the studio. He’ll next be seen starring opposite Anna Kendrick, Denis O’Hare and Danielle Brooks in Chris Morris’ The Day Shall Come.

Caswell has recurred for the past five seasons as Laurel Pride on NCIS: New Orleans, opposite Scott Bakula. She made her film debut opposite Josh Hutcherson and Dane Cook in the comedy horror indie Detention, and she also starred alongside Ron Livingston, Patrick Wilson, and Vera Farmiga in New Line’s thriller The Conjuring. Caswell is repped by A3 Artists Agency and Semler Entertainment.

Sandeman’s recent credits include Dick Wolf’s NY Undercover pilot, The Royals on E! Netflix’s She’s Gotta Have It and OWN’s Love Is… He’s repped by Gersh and Authentic Talent and Literary Management.

Bada$$ appeared on the final three seasons of USA Network’s Mr. Robot in the fan-favorite role of Leon. He portrayed Inspectah Deck in Hulu’s Wu-Tang: An American Saga and recurred in Boomerang and most recently Grown-ish.

Brown was most recently a series regular on Lee Daniels’ hit series Star. On the film side, he starred as the lead in Netflix’s Holiday Calendar, alongside Kat Graham.