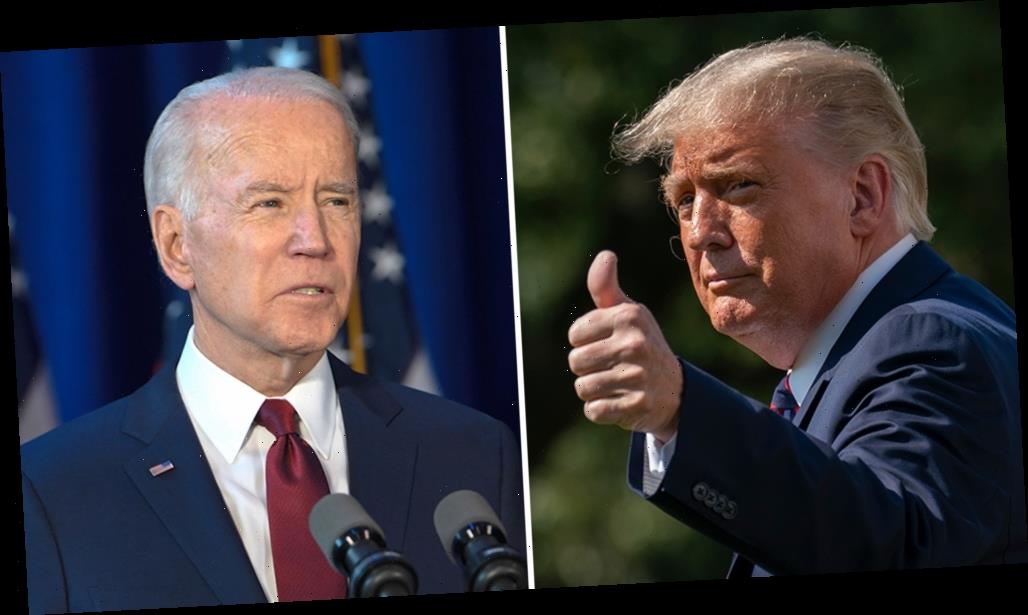 “Will you shut up, man?” Biden said to Trump. “This is so unpresidential.”

Moderator Chris Wallace tried at points to stop Trump from talking, at one point telling him, “I am the moderator in this debate and I would like you to let me ask this question.”

Wallace’s first question was about the Supreme Court and Trump’s decision to move forward with Amy Coney Barrett. But it veered off into another topic, healthcare. The candidates, however, at times talked over one another, making it difficult for either one of them to outline a coherent message.

“We already see this will be one of the least instructive presidential debates ever,’ wrote Larry Sabato, director of the University of Virginia Center for Politics. “The moderator has completely lost control.”

Much of the time was spent with Biden trying to get a word in as Trump tried to rattle him. “Folks, do you have any idea what this clown is doing?” Biden said.

Later, there was a sharp exchange when the topic moved to COVID-19. “A lot of people are going to die, if he doesn’t get a lot smarter,” Biden said.

Then Trump attacked Biden’s education. “Don’t ever use the word smart with me,” Trump said. “There is nothing smart about you, Joe. 47 years you’ve done nothing.”