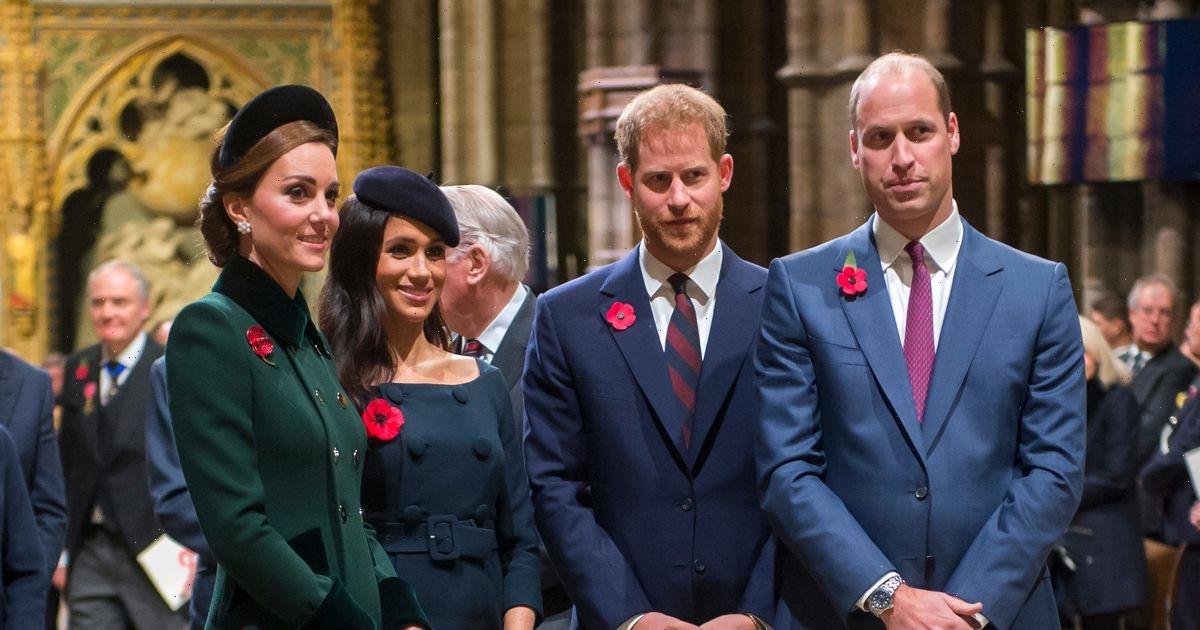 Good Morning Britain viewers were informed that there is still bad blood between Prince William and Prince Harry as the pair prepare to reunite for the Duke of Edinburgh's funeral.

Ordinarily, the brothers would have been expected to join together and walk behind Prince Philip's coffin, however it is understood they will instead be tactfully kept at a distance.

According to a royal biographer Hugo Vickers, Prince William and Prince Harry will be separated by their cousin Peter Philips who will act as a barrier between them.

The funeral of the royal brothers grandfather will take place on Saturday, April 17.

Prince Philip's son Prince Charles, will also walk behind the modified Land Rover that the Duke had designed himself which will carry his coffin.

However, it is clear that there is still raw tension between brothers Prince William and Harry who will not walk side-by-side as they once would have done.

Speaking on GMB, Hugo explained that it was a "clever" tactic to utilise cousin Peter, who is a trusted family member and cared for them following the death of their mother, Princess Diana.

Host Sean Fletcher asked: "So Harry and William will not walk in together, why is this happening?"

"Well actually what they have done is rather clever I think, you've got the four children of Prince Philip walking first, and then you've got three grandchildren, Prince Edward's son is too small to walk so he is in the chapel," responded Hugo.

He went on: "Peter Phillips is the eldest grandson and he will walk between the two brothers, and so it's a sensible solution.

"Peter Philip was good with William and Harry when Princess Diana was killed, he was up at Balmoral and he was a huge help to them.

"We have got the three male grandsons walking side by side, or admittedly the two boys not absolutely side by side."

Sean was keen to understand if the feud between the brothers could be remedied.

Sean said: "Can this rift between the two brothers be resolved, funerals are usually a time when people come together and people reflect?"

Hugo added: "I think sometimes when people behave well together in public, which I am absolutely sure they will do, that makes it easier for them to behave better in private.

"Let's hope that this is, in fact, a turning point."