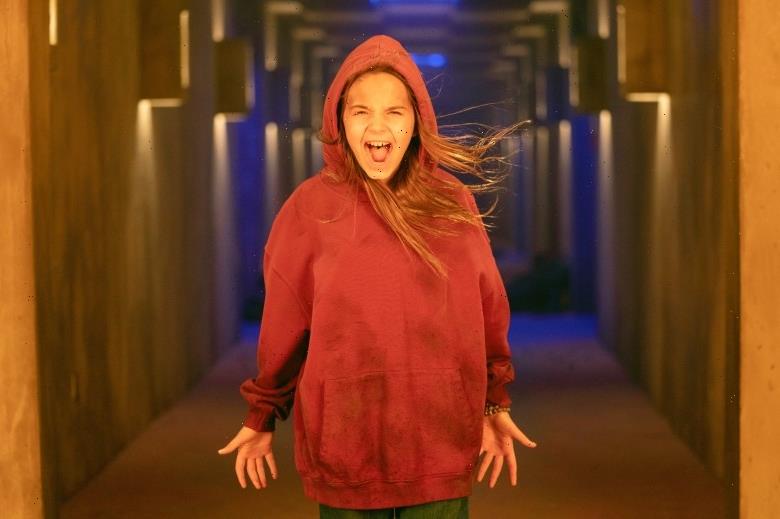 The Razzie Awards are owning their own bad judgment.

“Sometimes, you do things without thinking, then you are called out for it,” Wilson said. “Then you get it. It’s why the Razzies were created in the first place. The recent valid criticism of the choice of 11-year-old Armstrong as a nominee for one of our awards brought our attention to how insensitive we’ve been in this instance. As a result, we have removed Armstrong’s name from the Final Ballot that our members will cast next month.”

Wilson added, “We also believe a public apology is owed Ms. Armstrong, and wish to say we regret any hurt she experienced as a result of our choices. Having learned from this lesson, we would also like to announce that, from this point forward, we are adopting a Voting Guideline precluding any performer or film-maker under 18 years of age from being considered for our awards.”

The Razzie Awards statement concluded, “We have never intended to bury anyone’s career. It is why our Redeemer Award was created. We all make mistakes, very much us included. Since our motto is ‘Own Your Bad,’ we realize that we ourselves must also live up to it.”

Armstrong starred opposite Zac Efron in the second adaptation of Stephen King’s 1980 novel about a young girl with pyrokinesis powers. The film flopped in theaters and on Peacock, receiving poor reviews. Armstrong played the same role that Drew Barrymore originated onscreen in the 1984 movie.

The backlash to Armstrong’s Razzie nomination was spearheaded by fellow child stars like Devon Sawa and “WandaVision” actor Julian Hilliard.

“The Razzies are run by soulless people. Nominating a 12 year old? Fuck them,” Sawa wrote in a since-deleted tweet. “That child could grow to be amazing if you haven’t gotten in their head.”

Hilliard tweeted, “The razzies are already mean-spirited & classless, but to nominate a kid is just repulsive & wrong. Why put a kid at risk of increased bullying or worse? Be better. [It’s not a joke] when it involves a kid. That ‘joke’ can have a very negative impact. They crossed a line.”

The Razzies previously nominated child star Jake Lloyd for “Star Wars: Episode I — The Phantom Menace” in 1999, and Macaulay Culkin earned three Razzie nods for “Getting Even With Dad,” “The Pagemaster,” and “Richie Rich,” all in 1995.

“I can see how it could be taken that way [as mean]. I don’t think that was how it was meant,” Wilson said. “There’s a righteousness about it. It’s the Razzie Awards, for goodness’ sake!”

He added, “The intent was to be funny. In this particular instance, we seem to have misstepped very badly. I would admit that.”