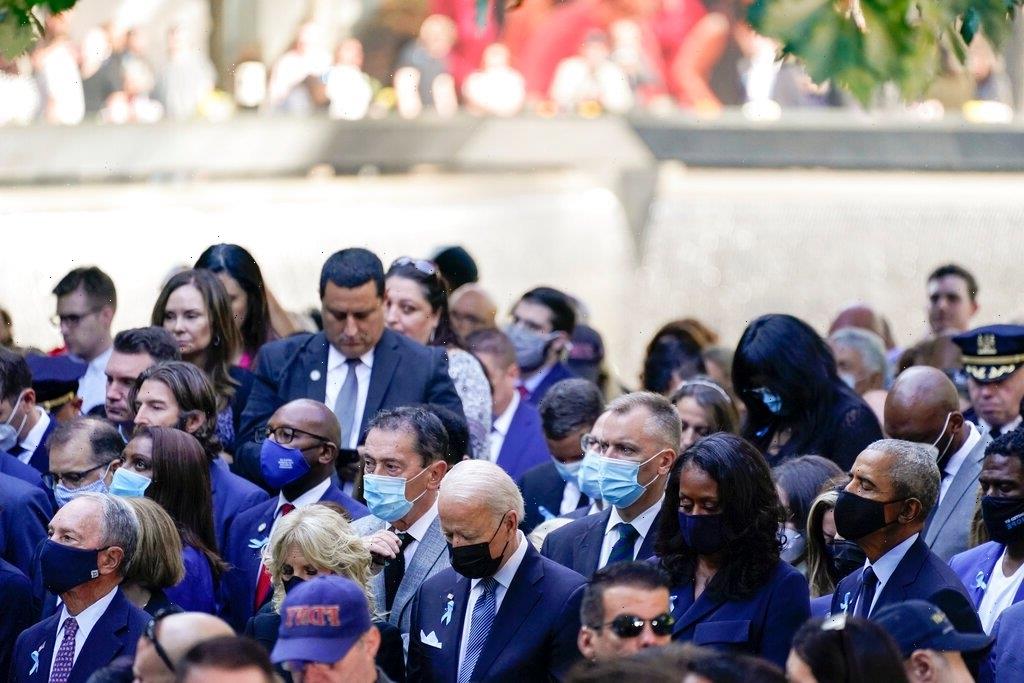 Coverage across the networks varied. CBS and ABC largely stayed with the reading of the names, including pictures in the bottom of the screen. Fox News ran a ticker of the names, while the network and other outlets cut in and out of the ceremonies while featuring pre-recorded and live interviews. In Washington, D.C., the local NBC affiliate WRC didn’t carry the network feed or the New York ceremony, instead going to its own local coverage, joining the network at 10 AM.

Former Secretary of State Condoleezza Rice was interviewed by Fox News’ Dana Perino, recounting then-President George W. Bush’s speech the night of 9/11, telling Perino that “he wanted it just to be about reassurance.” She also was interviewed on NBC to talk with Lester Holt, offering her memories of that terrible day 20 years ago, her remorse of the loss of “2,997 souls” on 9/11 and the current situation in Afghanistan. At the Pentagon ceremony, a bell was wrung to mark the time when the plane struck the complex.

“We the living have a solemn duty to honor their memory, their legacy, to honor and remember them not just today but every day,” said Gen. Mark Milley, the chairman of the Joint Chiefs of Staff, of those who died on 9/11. “Their legacy lives on in the idea that is America,” the increasingly outspoken Chairman stated, calling out international terror groups like the now back in power Taliban and domestic Nazis. And no terrorist, anywhere on Earth, could ever destroy that idea.”

Defense Secretary Lloyd Austin made a distinct point of speaking to the frayed America of 2021 by emphasizing “our core values and the principles enshrined in our Constitution, liberty, rights, the rule of law and a fierce commitment to a government of the people by the people and for the people.”

In Shanksville, PA, where Flight 93 crashed amid a heroic struggle by passengers to prevent the plane from arriving at its intended target, former President George W. Bush and Vice President Kamala Harris were attending a ceremony, and the Bidens were due to arrive later in the morning. The president was then to travel back to the Washington, D.C. area to pay his respects at the Pentagon.