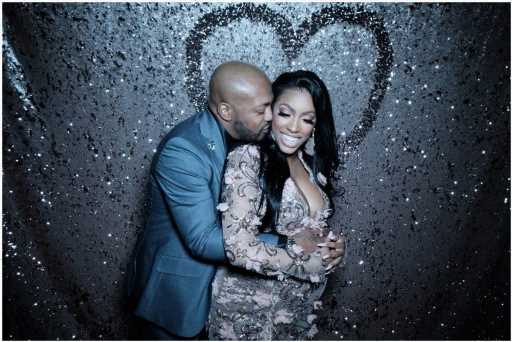 The tea runneth over in Atlanta. Porsha Williams is engaged to her The Real Housewives of Atlanta co-star Falynn Guobadia’s ex-husband, Simon Guobadia. Shortly after Williams announced the relationship, Simon revealed that he and Williams are actually engaged. Now, as fans know, Williams has been in a long-term on and off engagement with the father of her child, Dennis McKinley. So how does McKinley feel about this new engagement?

McKinley and Williams began dating in 2018 and welcomed their daughter, Pilar Jhena McKinley, into the world on March 22, 2019. However, shortly after their daughter was born, Williams found out that McKinley had been unfaithful during her pregnancy.

“To be disrespected at the most sacred time in life is like, I just can’t forgive that,” Williams said of her fiance’s infidelity on RHOA. “I’m looking at my daughter, telling her, ‘I’m going to work it out, I’m going to work it out.’ But some stuff is not forgivable, and I don’t think she would want me to have to deal with certain things. I don’t think she wants that.”

The two broke up briefly before getting back together. In fact, they were on and off so much that it was hard for fans to keep up with the relationship status of Williams.

“Our relationship began a month ago—yes we are crazy in love,” she captioned a photo of her and Simon. “I know it’s fast but we are living life each day to its fullest. I choose happiness every morning and every night. Tuning out all negative energy and only focused on positive wishes. He makes me so happy and to me, that is what matters most.”

Later, Simon also took to Instagram to announce that the pair were engaged.

“What we have is what we wish every single one of you out there – happiness,” he wrote as part of a lengthy message. “So when I asked…she said yes. That is ALL that mattered. Thank you again for your love and support. Truly appreciated.”

How does Dennis McKinley feel about the relationship?

Prior to her announcement, Williams posted a picture of herself on Mother’s Day, smiling with McKinley and Simon. In the photo, she rests her hand on Simon’s stomach and her new engagement ring is extremely visible.

Showing that there are no hard feelings between him and Williams, McKinley commented on the photo.

Further proving that the two are on good terms, Williams made sure to mention McKinley in her relationship announcement.

“Simon and Dennis are committed to being respectful and supportive of my happiness in this situation, as well as being the best co-parents they can be to baby PJ,” she wrote in her announcement. “Two black men stepping up and being amazing people-let’s praise them!!!!

So, it seems all may be well in the Williams/McKinley/Guobadia home…for now.