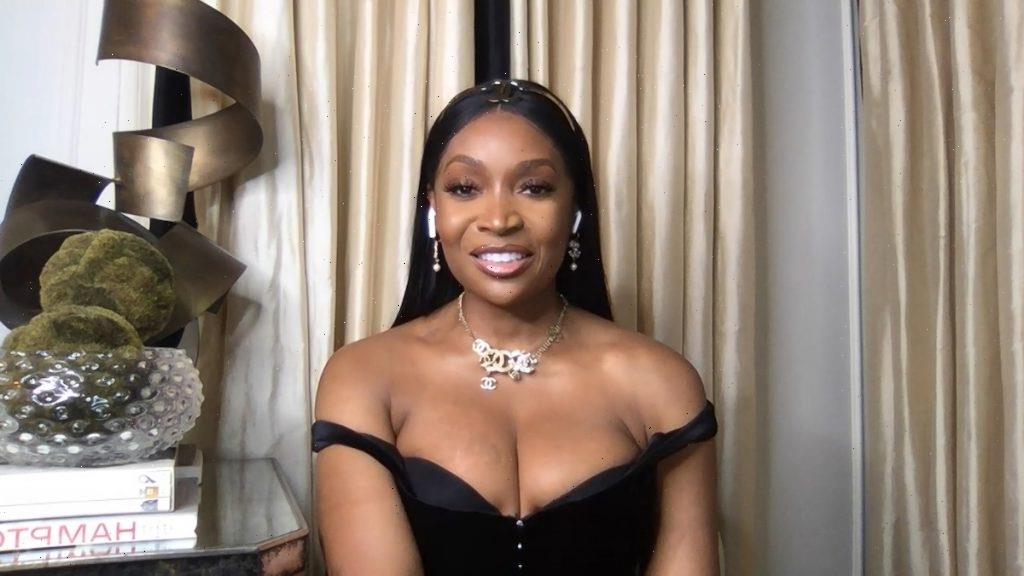 Marlo Hampton has been stirring the pot for many seasons on The Real Housewives of Atlanta (RHOA). Some fans have wondered why she hasn’t become a full-time cast member yet. An author claims a rumor has been the reason Hampton isn’t fully on the Bravo show.

Marlo Hampton is a “friend’ on ‘RHOA’

Hampton has appeared as a friend on RHOA since season 4. She previously got into an argument with Kenya Moore and accused her of wanting her lifestyle in an episode.

“I don’t want your lifestyle. Nobody wants to be a prostitute,” Moore threw back. Phaedra Parks tried to get them to stop. “It can not be acceptable to call each other h**s and b*tches and prostitutes,” Parks said. “If you’re selling it and you’re getting some money for it, hey, it’s your business. I don’t care. At the end of the day, we have to make a conscious effort to change.”

Some fans were then curious if Moore’s accusation was true. Hampton has since denied this rumor. She denied it again in the caption of an Instagram post in 2019.

“I’ve endured so many nasty LIES about me in this group of women, I date old white men, I’m a prostitute, NO — What I am is a single woman that dates men that I’m attracted to of any color!” read part of the post. “I came on RHOA with a Black Man, Charles Grant, I was the breadwinner in the relationship the white billionaire they love to mention was my boyfriend for over 4 years, he courted me for 6 months while I ran my store the Red Carpet Boutique, we were in love, it didn’t work out, he broke my heart.”

She then added, “Please give me a receipt, a picture, a screen shot [sic] of me being a Ho, Prostitute, Escort… I’ve been waiting for 6 years, seriously, show it!” The rumor was recently mentioned again when talking about her smaller role on the reality show.

Is Marlo Hampton not a housewife because of a rumor?

The Housewives author, Brian Moylan, talked to many people involved with the Bravo shows to explain how they get made for his book. Moylan appeared on the B*tch Sesh podcast and claimed the rumor ruined Hampton’s chances of being promoted on the show.

“There is a little tidbit in the book that I heard from a former Bravo executive. That a very high-powered person of Bravo said that Marlo will never get a peach because of her rumored career as a sex worker,” Moylan said.

The author made it known that he doesn’t agree with this decision. “I wanna see Marlo’s home life because I wanna see her raising those nephews. That is fascinating to me. Imagine you’re being raised by your aunt, and your aunt is Marlo. Like that should be a sitcom,” Moylan said.

One producer named Lorraine Haughton Lawson claimed there is some hope Hampton will get a peach one day. “Marlo is a very important part of everything that we do. She is the one,” the producer said at BravoCon. “And you will never say never. She may get a peach one day. I think up until this time, it just hasn’t been the right time, but that doesn’t mean this time won’t come.”