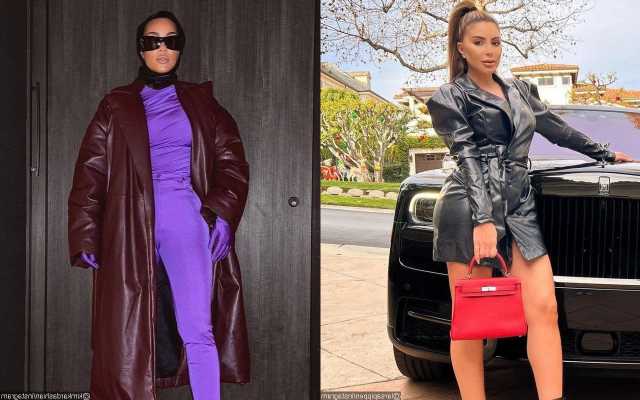 In a new interview, the 47-year-old teases that she will be sharing her side of the story regarding her fallout with former best friend on the Bravo show.

AceShowbiz –Larsa Pippen will be opening up about a lot of things in an upcoming season of “The Real Housewives of Miami“. In a new interview, the 47-year-old teased that she would be sharing her side of the story regarding her fallout with former best friend Kim Kardashian.

Larsa previously said in an interview with Access Hollywood that despite the fallout, they “are friendly, we’re friends.” She went on to say, “You know what, I think the whole [Jordyn Woods cheating scandal with Tristan Thompson] situation that happened before me kind of dictated how I was perceived from people that don’t know anything about it. I’m like, ‘How did I fall into this?’ “

The 47-year-old TV star went on to say, “I love them [the Kardashian family], my children love them. Our families are so intertwined.”

Larsa also denied that they were ever throwing shade at one another, saying, “I feel like the person I had the conflict with [on RHOM] just wanted a reason, she may have been drunk, I don’t know. She just kept bringing up my friends and I had nothing to do with that conversation.”

Larsa was referring to Adriana de Moura who name-dropped Kim during one occasion. The latter told Larsa during a group dinner, “You left this group of women, come back with a butt as big as Kim Kardashian’s, trying to become the new Kim Kardashian, which you’re never going to be.”