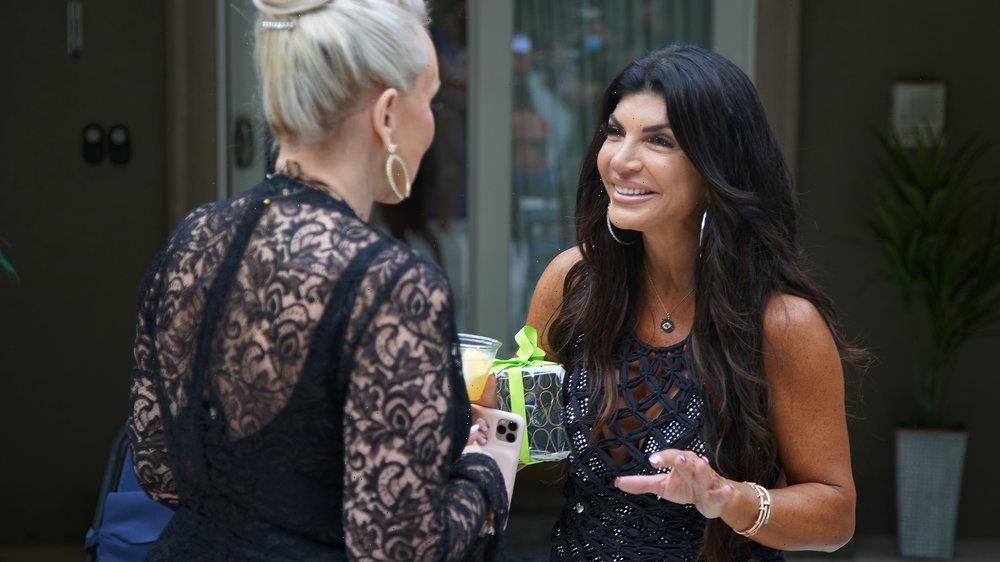 Margaret Josephs from The Real Housewives of New Jersey teased that viewers may finally know who from the group started the rumor that Jackie Goldschneider’s husband Evan cheated on her.

RHONJ Season 11 kicked off with a bang when Teresa Giudice buzzed about “hearing” that Goldschneider’s husband “screws around” with other women at the gym. Guidice refused to reveal where she “heard” the gossip, but spilled on Watch What Happens Live with Andy Cohen it was from someone in her inner circle on the show. So is the person who started the rumor finally unmasked during the reunion? 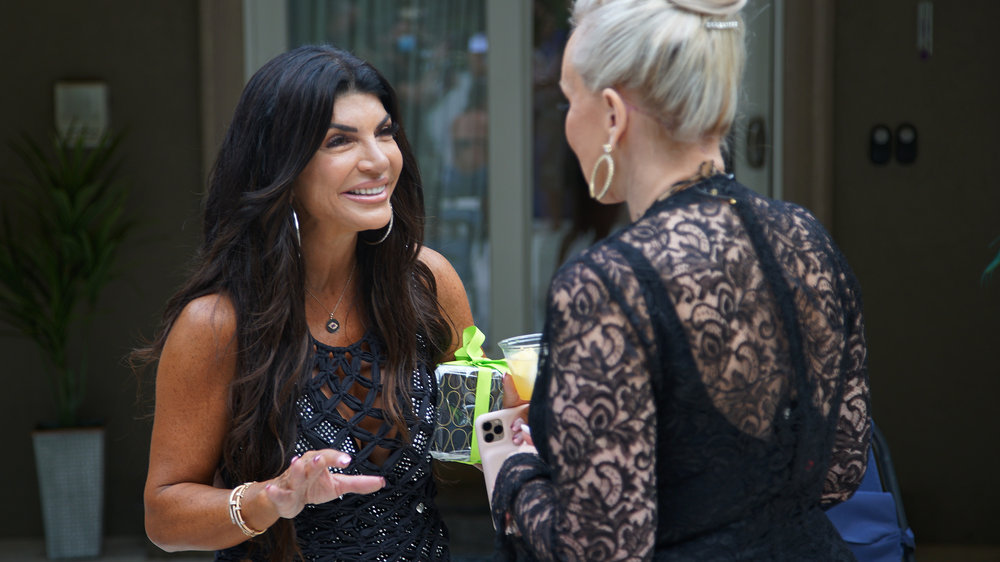 Josephs was pretty locked down when it came to exactly who started the rumor. But said, “You’re going to have to watch the reunion to find out,” she dished on the Behind the Velvet Rope with David Yontef podcast.

When pressed she added, “You’re going to have to watch, but it’s actually very interesting. What happens. I cannot give any spoilers, David. I don’t want to be punished.”

But host David Yontef went further and asked Josephs point-blank if she was the one who started the rumor. “David, would I start that rumor?” she questioned. “Absolutely not. If I ever heard of a rumor, and this is the truth, I would have told my girlfriend, Jackie off-camera because I would not want her to be upset.”

Adding, “She would have never had that reaction. I go right to the source to bury everything. And I would have said to her, this is what’s going on. I would never let her look bad on camera. She would have been prepared for anything that was going to happen to her. And it would’ve went totally different. So of course I’m not the start of that rumor.”

Do ‘RHONJ’ viewers and cast find closure from the reunion?

Will the viewers (and the cast) have all the season 11 questions answered? “Truthfully, I think it’s a combo,” she said about if the cast finds resolution or it brings up more questions. “I think it’s a combo. And I think some people can be like, whew, really? I think there’ll be some stuff like that. And I think there’s some resolution and some questions people will be wondering about. Yeah. I think those are the best reunions. Some people will be pondering things about people and some there’ll be some resolution.”

Will some of the questions carry over to season 12? “I don’t know,” she said. Adding, “I just think viewers will be like, wow. I know it’s good. It’s good.”

“And by the way, I just want to say everyone hated my dress,” she added. “I think people don’t understand myself. They’re like you have the worst style. I was like, people, this dress was like vintage, Scarface. It wasn’t even a vintage dress. It was from a designer in Australia. They just don’t get me.”

The two-part RHONJ Season 11 reunion kicks off on Wednesday, May 19 at 9/8c on Bravo.