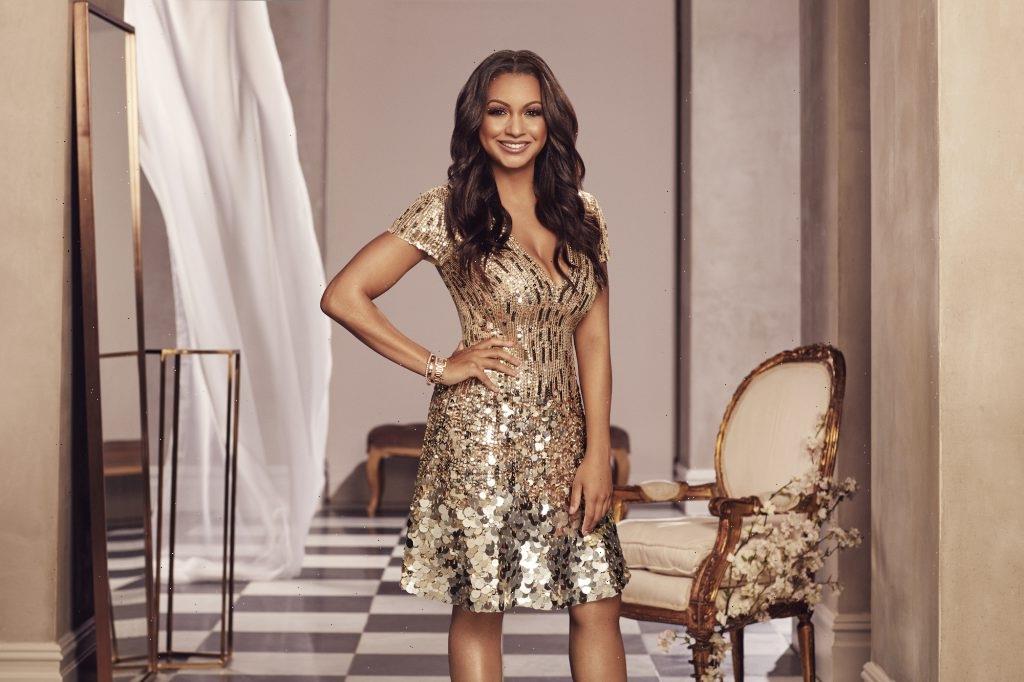 Eboni Williams joined Real Housewives of New York City in 2020 as the first Black member of its cast in 2020. Right away, however, something was different about her story. The title of the series implies that there’s a husband in the background of the series, whether he’s on-camera or off it. In the case of Williams, however, the man she recently broke up with remains a John Doe.

Who is Eboni Williams’ ex-mystery man?

In an interview with The Wendy Williams Show, Eboni spoke about how she went into quarantine thinking she would have her mystery man by her side. She moved to a place she didn’t want to go to because she felt she was in love.

“I only moved to Tribeca to please this ex of mine. And I thought I was going to spend the rest of my life with this man,” she told Wendy Williams of her late romance to the mystery man that, according to Distractify, people call “Pita Chip.” This wasn’t just childhood visions of a life with another person. Eboni was in the middle of planning an actual wedding to kick off the next stage of their lives.

Despite living life in front of the camera, however, the anonymity of the man she called her fiance is an impressive feat. In a world where even non-celebrities fall victim to the overabundance of available information, the identity of her former fiance remains unknown.

Going to be with family

As Page Six notes, Pita chip may not have departed for selfish reasons, although Eboni might have a different view on it. “When coronavirus (COVID-19) hit the globe, this man did not see me as family. This man saw his existing children as family,” she of her ex.

She explained the exact situation, noting that she wasn’t the only important person in his life. The story gives an insight into an issue that may be more nuanced than Eboni portrays it.

I will tell you what happened. He actually didn’t quarantine with me. He has three children, two of which are young adults, and he chose to quarantine in New Jersey with his semi-adult children.

Eboni wanted kids of her own, but the man had other family duties. While her side is understandable, his side may be too. Without knowledge of who he is or why he left her to be with his kids. Of course, fans and Eboni’s castmates each saw things a little bit different. They didn’t see a man going to be with his kids as an inherent negative. Instead, they saw a man who knew it might be a while if he didn’t see it.

The other side of the coin

Leah McSweeney, another newcomer to RHONY, saw Eboni’s story as one of liberation. Speaking of the broken relationship, she said that she’d use the opportunity to live her most incredible life. “I’d enjoy the sh*t out of it and be f*cking other guys in the master bedroom. What’s Eboni doing? [laughs],” castmate Leah McSweeney said of the situation.

When Eboni’s interview viral, fans also weighed in on what they believed to be a selfish mindset not from the mystery man but Eboni. Atlanta Black Star compiled several comments, ranging from people asking why she didn’t want a father to be there for his kids and criticizing her for making it about her when it’s a far more complicated issue than a romantic drama.

Whatever the case, Eboni joined the Real Housewives universe as a single woman with an empty love nest in Tribeca. Still young in her reality television career, however, now she has an opportunity to show who she is and where she goes from here. Shows like this often have a loose relationship with the reality of their title, but it doesn’t mean that everything’s a work of fiction. Eboni shows this, although some may see her reasoning as the most fictional of all.