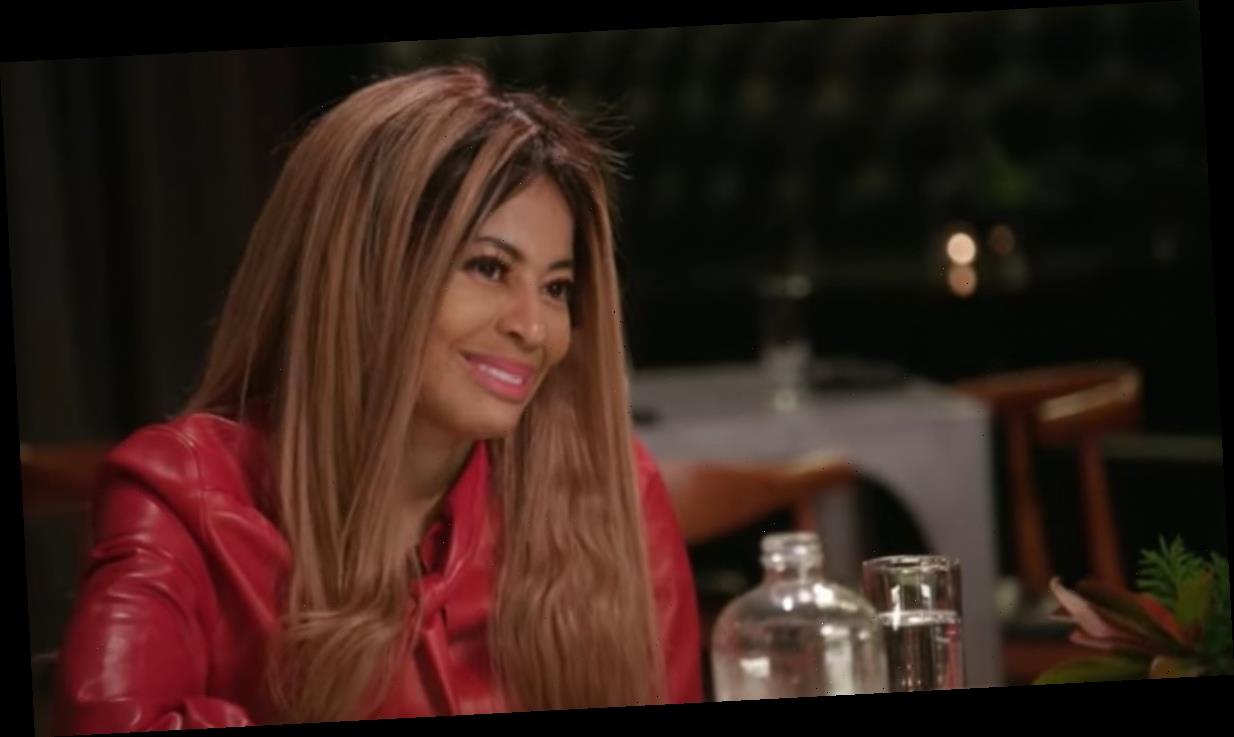 Real Housewives of Salt Lake City star Mary Cosby’s storyline on the show has received a lot of attention after she revealed she was married to her step-grandfather.

On a recent episode, Mary opened up about their marriage and admitted she avoided sex with him after they got married.

Mary admitted things were awkward and said, “Don’t think it wasn’t weird, cuz it was.”

She continued, “I’m not gonna lie it was all bizarre…thank goodness I was on my period at the time and the period lasted about two weeks.”

She mentioned how her step-grandfather kept asking if she was still on her period and she continued to say yes and ended up stretching out her excuse for 28 days.

After a while, Mary turned to prayer to help her feel more comfortable and admitted that it all worked out perfectly in the end.

She said, “I kept praying on it and it worked out so good…it couldn’t have been better.”

Mary explained why she married her step-grandfather and the impact her decision had on her relationship with her mother.

In a confessional interview, Mary said, “Before [my grandmother] passed she made it very clear that she wanted me to be the one to take her place in the church and inherit everything… that came with homes, money, church… and marrying her husband.”

Her grandmother, Rosemary “Mama” Cosby, was the founder of the Faith Temple Pentecostal Church. When she passed, Mary inherited the many churches and restaurants owned by her grandparents.

“I was actually 22 when I got married…it split our church…my mom felt like she was the one who should have had all of it and the church,” she said

Her marriage ended the relationship she had with her mother, who was her best friend at the time.

Mary now calls herself the “Pentecostal First Lady” and she and her grandfather have an estimated net worth of around $3-$5 million.

She said, “I did it because I trusted my grandmother and I’m so glad I did it.”

Backlash from other housewives

Mary may be happy with her decision, but a few of her castmates had their own opinions on her unconventional marriage.

It looked like Jen wasn’t the only one to feel that way. Housewife Heather Gay also had something to say about the situation.

In her confessional interview, Heather admitted, “I love my grandpas but I would not want to be married to them and I’m Mormon and we have a lot of latitude for a lot of weird s**t.”

She may have initially been uncomfortable consummating her marriage, but Mary stands strong in her convictions and is unphased by the other housewives’ opinions.

Mary said, “They’ll get over it.  Just digest it.”

Fans can further digest Mary’s story as things continue to play out on the premiere season of RHOSLC.

The Real Housewives of Salt Lake City airs Wednesdays at 10/9c on Bravo.