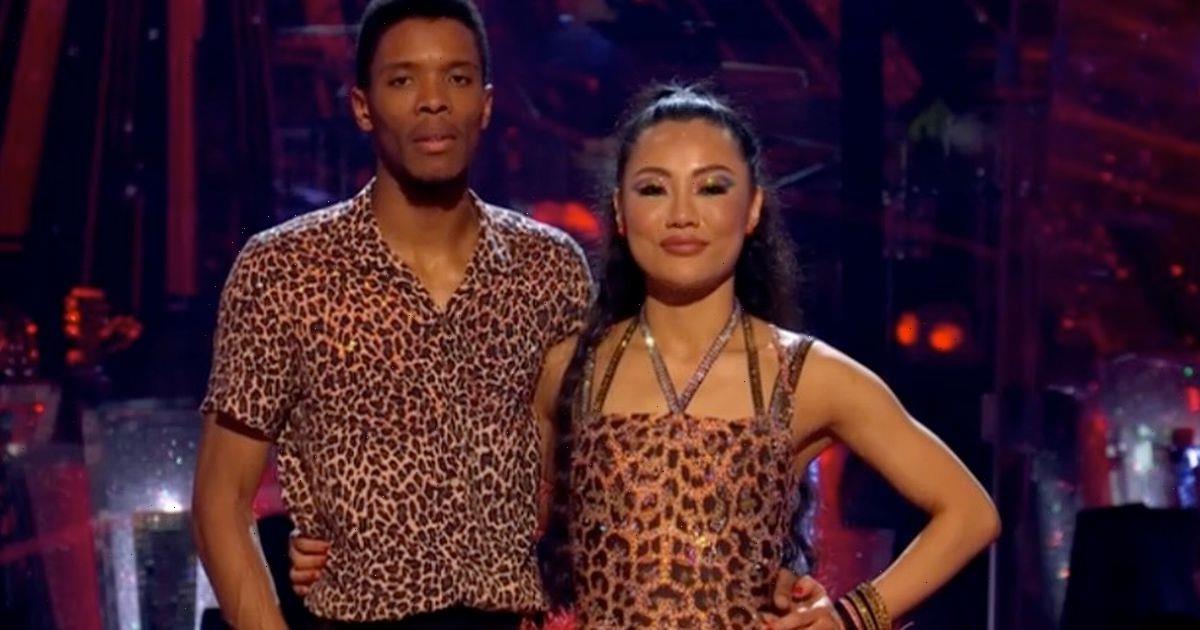 Rhys Stephenson has addressed fans' claims that he could replace AJ Odudu at the BBC Strictly Come Dancing final on Saturday 18 December.

The CBBC presenter, 28, was eliminated from the hit competition last week alongside his partner Nancy Xu after they faced John Whaite and Johannes Radebe in the show's dreaded dance-off.

While AJ, 33,made the devastating announcement on Friday 17 Decemberthat she would no longer be taking part in the final due to her painful ankle injury.

After fans called for Rhys to make a return for Saturday's final, where John and Johannes and Rose Ayling-Ellis and Giovanni Pernice will dance it out for the Glitterball trophy, he has since addressed the claims.

"Let me tell you now. Absolutely not. What, two days for three dances? No, I value my mental health too much. I’m going to go there to enjoy myself and have a good time, that ship has sailed."

It was announced on Friday that AJ had been forced to pull out of the BBC competition one day before the final due to her painful ankle injury.

The TV presenter, who has wowed the judges all series alongside pro dance partner Kai Widdrington, suffered a devastating blow when she hurt her right ankle.

The pain was so bad that she "projectile vomited" and now AJ cannot stand or put weight on her foot without crutches, leaving her with no choice but to withdraw from the show.

In a statement released on the Strictly Instagram account announcing her departure from the competition, they wrote: "Sadly due to injury AJ and Kai have had to withdraw from #Strictly and won’t compete in tomorrow’s final."

They added: "We want to thank them for 13 incredible weeks on the show and the pure joy they brought to the dance floor every week," followed by a red heart emoji.

AJ made the decision after consulting with medical professionals and was left "deeply upset".

She shared: "I'm deeply upset that I am unable to perform in the final due to a torn ligament in my right ankle. Learning to dance over the last 13 weeks has been an incredible honour and to do it alongside someone as special, patient and devoted as Kai is something I'll treasure forever.

"Thank you to the Strictly family for the experience, the medical team for trying to get me back on my feet and mostly, to everyone at home for watching and supporting. You've made this experience one to remember. Strictly Come Dancing has been a lifelong dream and I'm glad it came true. Good luck to my partners in dance, John & Johannes and Rose and Giovanni. I will be cheering you on (on one leg!)".

Her pro dancing partner Kai, 26, added: "I’ve been absolutely honoured to get to dance with the incredible AJ Odudu for the last few months and although neither of us wanted our journey to end this way, AJ’s health and safety are by far the most important things."

He went on to thank his Strictly partner as he added: "I want to thank AJ for being the absolute best partner I could ever have asked for in my first year on the show and I will always treasure the memories of dancing in the Strictly ballroom with her.

"I know we will be friends for life and I will be there for her through her recovery in whatever way I can. I want to wish good luck to John and Johannes and Rose and Giovanni for the final. And finally the biggest thank you to everyone who voted for us throughout the series, your support has been unforgettable."

The Strictly Come Dancing Final 2021 will air on Saturday 18 December at 7:10pm on BBC One and BBC iPlayer.

For all the latest news from Strictly and the other biggest shows on the box, sign up to OK! newsletters here.