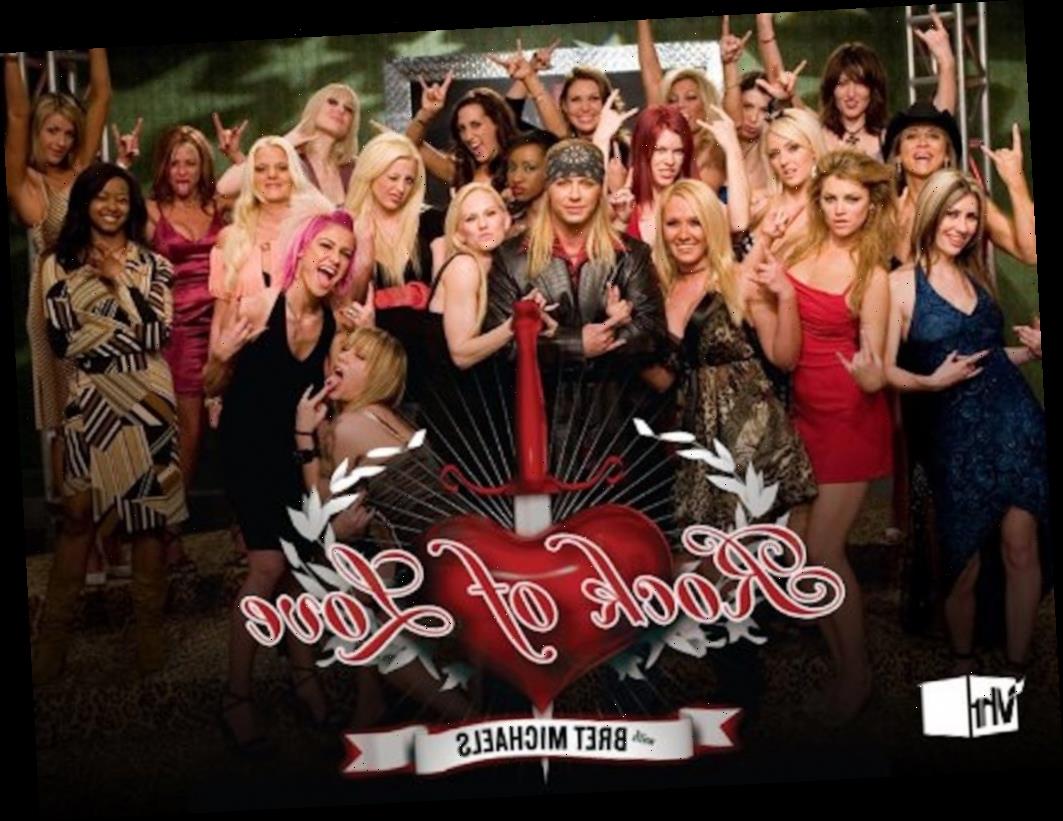 Brandi Mahon — better known as Brandi M. — was one of the 20-some women in the running to date Bret Michaels on Rock of Love Season 1. Mahon made it fairly far in the competition, as she was one of the final four girls left in the show.

During a night of partying in Las Vegas, Mahon ended up getting sick. But what VH1 aired wasn’t really what happened, according to Mahon. Find out what went down that infamous night in Las Vegas.

Brandi M. puking in Las Vegas is a ‘Rock of Love’ highlight

During an episode of Rock of Love With Bret Michaels, Michaels, Mahon, Jes Rickleff, Heather Chadwell, and Lacey Sculls traveled to Las Vegas for a weekend of fun. What they got could nearly be considered alcohol poisoning.

After partying a little too hard, the show made it seem like Mahon puked at the table because seafood was present. In a nail-biting scene, fans saw Mahon raise a napkin to her mouth, which appeared to have quickly filled with liquid. When Mahon couldn’t hold it in any longer, vomit started spraying out of her mouth.

Rock of Love fans look back fondly on that scene, recalling it as one of the funniest moments from season 1. But according to Mahon, the scene played out differently in reality than it did on television.

‘Rock of Love’ made it look like seafood made Brandi M. sick

In the episode, Chadwell, Sculls, Rickleff, and Mahon joined Michaels in a Las Vegas suite after a day of drinking. Fans were led to believe Mahon’s vomiting was caused by Chadwell’s taunts to consume seafood.

The way the show was edited had fans convinced Mahon was genuinely sickened by the sight of seafood. But according to Mahon, that’s not the case.

In reality, Brandi M. couldn’t get to the bathroom fast enough

Mahon pointed out how the show edited her puke scene together with a previous conversation about seafood.

“Let’s talk about how VH1 edits things,” Mahon said as a guest on the Talk of Love podcast. “This sh*t didn’t go down the way they said it went down.”

Mahon explained how food wasn’t on the table when she vomited.

“The seafood wasn’t even out yet,” she said on the podcast. “I’m sitting at this table with this chair [on a] carpeted floor, but this chair is heavy. When you’re hammered, you can’t — you’re trying to move the chair [but you can’t].”

Mahon remembered feeling like she had to get sick.

“I was like, ‘Oh, it’s coming. It’s coming,’” she continued. “So I’m trying to push the chair back to get up and go run to the bathroom, but I had no time. The chair was too heavy and I couldn’t push it. So all I could think was to grab my napkin.”

That’s when Chadwell, Rickleff, and even Michaels stepped in. They helped Mahon out of her chair and Michaels escorted her to the bathroom.

Fortunately, Mahon looks back fondly at her reality television stint. Her iconic puking moment has turned into a meme, which Mahon thinks is equally hilarious.