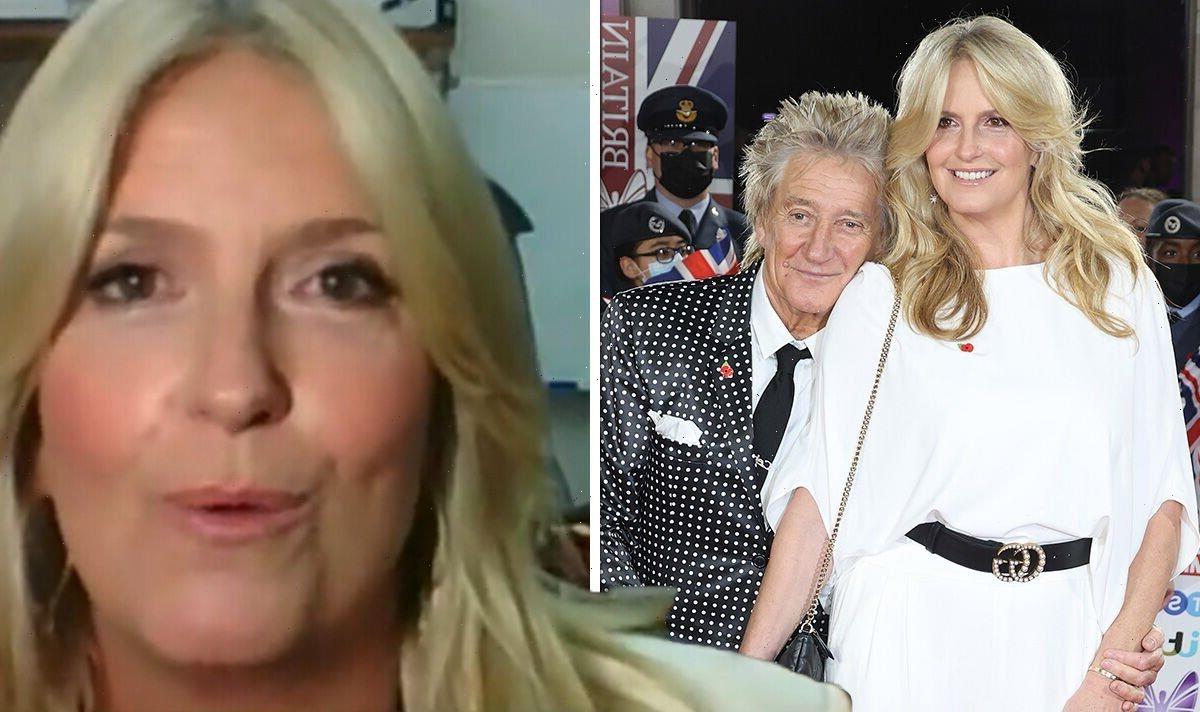 Penny Lancaster opened up to Dan Walker on World Menopause Day as Rod Stewart’s wife shared her own experience of menopause before being diagnosed and offered HRT. The Loose Women panellist praised her husband for his support and for being “understanding” during the difficult time.

Dan asked: “Whenever we speak to women about this subject they speak about allies.

“What did your husband make of this, how did he help you and how have you helped him to understand?”

She replied: “It crept up on me just as much as it did to [my family].

“It was a learning curve for everyone but I had luckily the support of my husband, who was very understanding and I’m quite good at wearing my heart on my sleeve and discussing all sorts of topics.”

Read more: Linda Robson speaks out on why she ‘didn’t clap’ Phillip and Holly

“Slowly but surely we discussed it with the boys and from me being a crumpled mess of tears on the floor from having the arms of support around me,” he continued.

“He’s a great advocate for men to watch out for those symptoms and look on the internet.

“There are so many resources out there now and books and to get your loved one to the GP.”

Penny credited HRT for allowing her to begin a new career as a special constable.

She explained: “I wouldn’t have had the fundamental skillset to apply myself firstly protecting life and property [if I hadn’t received menopause treatment].

“I was trying to protect myself at the time and you need to be strong when you’re out there.

“I had eight months of training and I became a special out on foot patrol last April.

“It’s really a lifeline for me I found something now that I’m 51 I’m so proud to be a part of the force and to make a difference every day.”

“I wouldn’t be able to do that if I didn’t have the hormone replacement that I’ve got,” Penny added.

Elsewhere in the interview, Penny detailed the symptoms she suffered before treatment.

She described: “Initially when I first had my symptoms, it was during the beginning of lockdown and I thought I was experiencing Covid symptoms.

“Mostly it was the hot flushes, which I thought was the temperature of Covid.”

“And, you know, I kept making excuses for my buildup of anxiety to the fact that I was homeschooling,” Penny noted.

“But I got to a point though, where I really couldn’t cope anymore and there was no brushing it under the carpet.

“And I was I was just in floods of tears all the time, unconsolable and that sort of anxiety grew to fear and then I was afraid of that fear.”