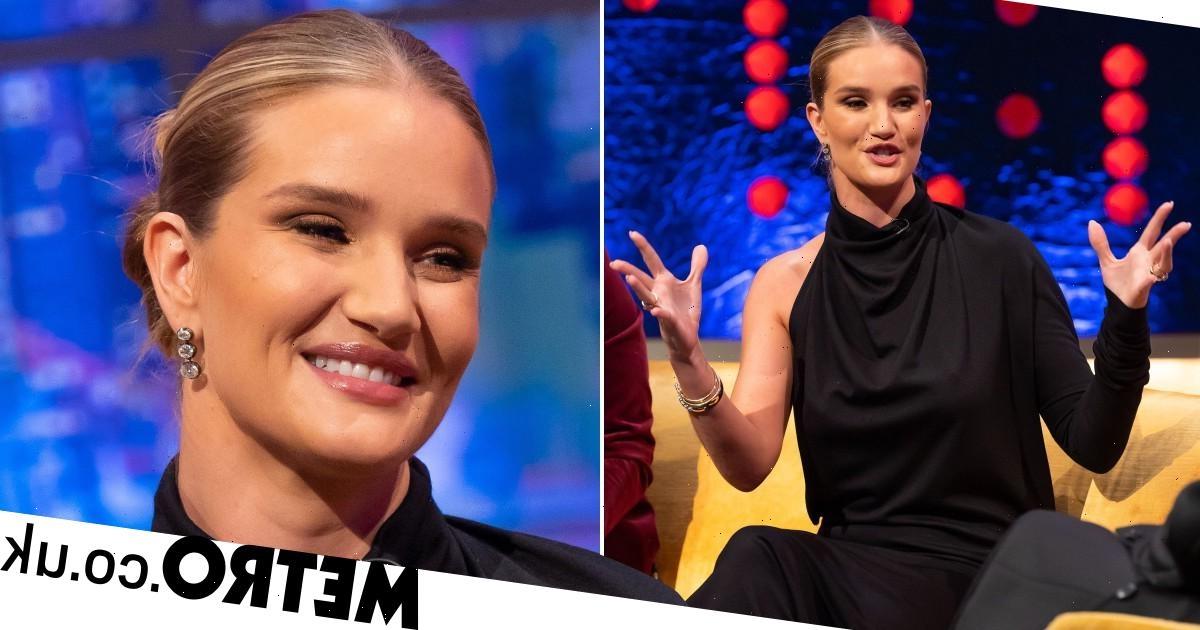 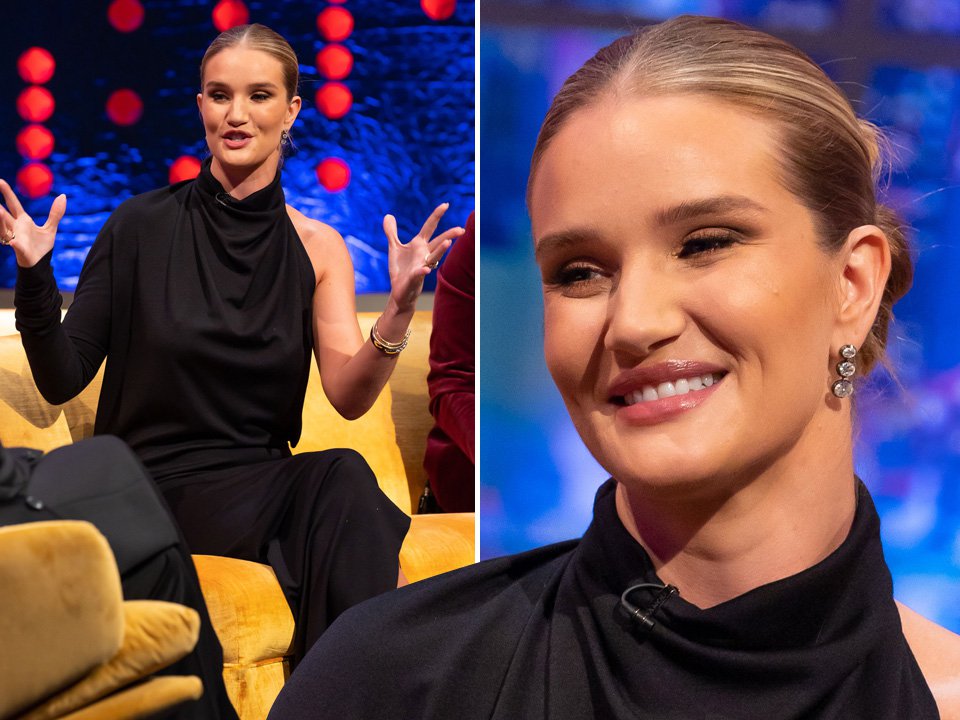 Rosie Huntington-Whiteley might have been a Victoria’s Secret supermodel, but she says women on the street have no qualms flashing their own underwear at her.

The model and businesswoman said she ‘frequently’ gets an eyeful as women eagerly show off their intimates.

Speaking on The Jonathan Ross Show which airs on Saturday night, Huntington-Whiteley shared that designing an underwear range with Marks and Spencer has meant customers get excited to show her when they’re wearing the products.

‘Yeah, I frequently get flashed. Like all the time by lovely ladies, in the lifts, going up and down the stairs,’ she said.

She went on to say that women were ‘very enthusiastic’ about showing her what they had on.

‘I love it. It’s always an ice breaker and a very funny moment.’

Since launching the first collection in 2012, her collaboration with the high street store is now so popular, it’s said to sell one piece every 30 seconds.

Marking the latest launch earlier this month, she took to social media to acknowledge the occasion, writing on Instagram that she pursued opportunities like this due to having her ‘shelf life’ in mind.

‘From very early on in my modelling career it became apparent to me that it wasn’t going to be forever, you have a shelf life,’ she wrote.

‘I wanted to make sure I had some form of security that didn’t just depend on my appearance.

‘I wanted to use my brain, explore it in different ways and try new things.’

Also having a make-up range, Rose Inc, on her plate, she also revealed that her partner, actor Jason Statham, actually liked to get involved in the process.

‘He loves creativity. He’s like somebody I always go to when it comes to interiors or art and architecture,’ she said.

‘As we were creating the packaging I was really in touch with him about that and I talked to him a lot about that.

‘Both of us are very involved behind the scenes in each other’s projects.’

On this week’s episode, Ross is also joined by Oscar-winning composer Hans Zimmer, former athlete Dame Kelly Holmes and comedians Sara Pascoe and Chris McCausland, as well as a performance by the Arctic Monkeys.

The Jonathan Ross Show airs on Saturday at 10pm on ITV and ITV Hub.