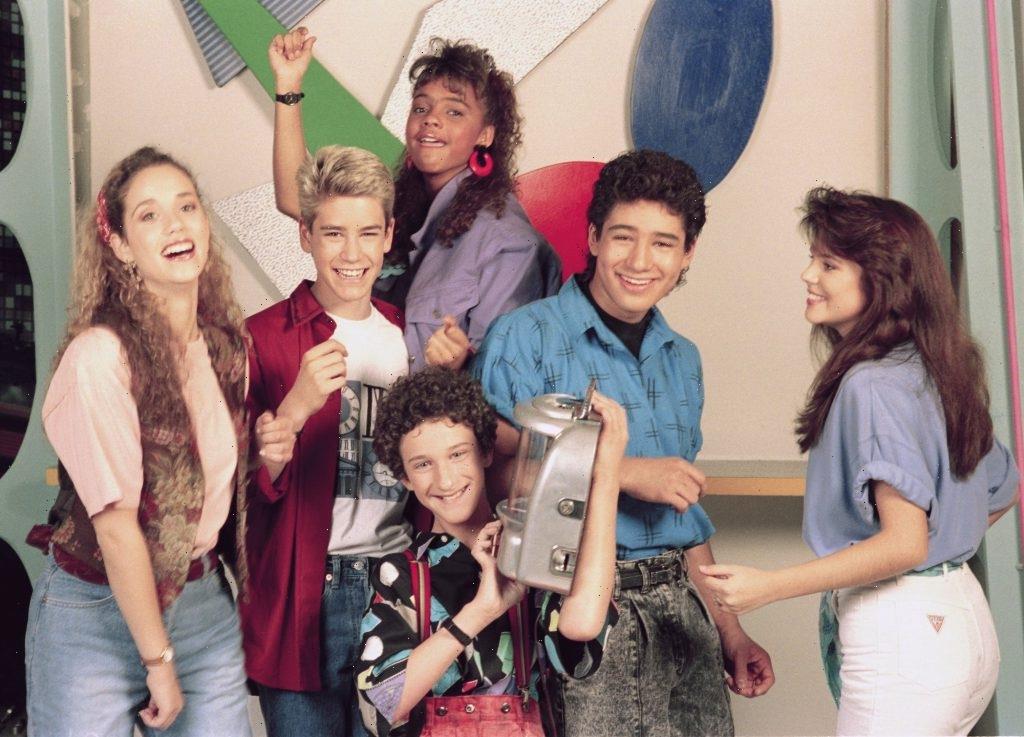 In 1989 NBC premiered Saved by the Bell, and the TV show became an instant hit. The sitcom revolved around a close-knit group of friends in Palisades, California. Fans and viewers of Saved by the Bell eagerly watched as Zack Morris, A.C. Slater, Screech, Kelly Kapowski, Lisa Turtle, and Jessie Spano navigated Bayside High School and everything that came with being a teenager. For four seasons the popular comedy aired before sadly coming to an end in 1992.

However, as many of the series’ loyal fans already know, a recent reboot of the show has successfully taken off. With that being said, many have been reflecting on the journey and impact of Saved by the Bell as well as the original cast. Jessie Spano, a fan favorite, is one of the characters who returned for the reboot, and fans and viewers were thrilled. Take a look back at Jessie’s character on Saved by the Bell and find out just how tall she is.

What did Jessie in ‘Saved by the Bell’ get addicted to?

When Saved by the Bell began airing in 1989 there weren’t many characters like Jessie Spano. Elizabeth Berkley, the talented and beautiful actor cast to play Jessie, has opened up and shared what it was like to take on the role. On Saved by the Bell, Jessie and Zack were neighbors and close friends. Jessie’s parents were divorced, and it was not unusual for Zack to pop over via her window. Though she and Zack briefly dated, much of Jessie’s storyline revolved around her feelings for A.C. Slater. However, by no means was her character defined by her love interests.

Jessie was known to have a strong passion for dancing and singing and was an incredibly ambitious student. Ultimately, this paired with her social life is what led her character to become addicted to caffeine pills during season two. This episode still stands out today for addressing a matter so deep and real. The scene and struggles were a testimony to Jessie’s strength and character. Typically, the character is often remembered for being both a feminist and an activist on Saved by the Bell.

A look back at Elizabeth Berkley’s career

Berkley, a Michigan native, is still fondly associated with her character Jessie Spano from Saved by the Bell. In a turn of events, fans of Jessie have been enjoying getting to see her all grown-up in the series’ reboot. Nowadays, Jessie Spano is no longer an exploring student at Bayside High School but actually one of the guidance counselors. Viewers of the Saved by the Bell reboot are living for this full-circle moment.

However, though it is what she is typically associated with, there is so much more to Berkley’s acting career. Over the years she has been cast in television series such as The L Word and CSI: Miami. Of course, more recently, she has been busy aiding and assisting in the hallways of Bayside High School and maybe even flirting a little with Slater, Bayside High’s gym teacher.

How tall is Jessie from ‘Saved by the Bell’?

Looking ahead, Berkley’s fans and followers are excited to see what Jessie Spano has in store for season two of Saved By the Bell, but there is one topic of conversation from the past that keeps returning. When Jessie was a student at Bayside High School one insecurity she sometimes struggled with was her height. On-screen and sometimes in conversation Jessie would reveal that sometimes she felt too tall.

Luckily, Berkley or her fictional character never seemed to let this get in the way, but some people may still be wondering just how tall the actor is. When it comes to Jessie Spano, Celeb Heights has revealed that she is just over 5’9″. Thinking back to Saved by the Bell, Jessie’s trademark high kicks might seem to make a little more sense.