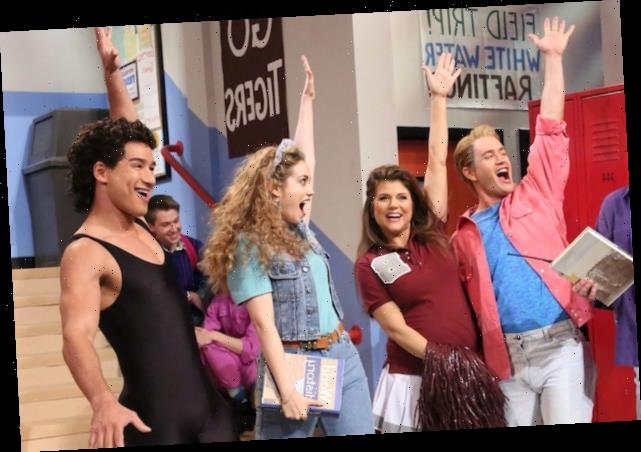 It’s been 27 years since Zack, Kelly, Slater, Jessie, Lisa and Screech graduated from Bayside High, and more than 20 years since the last extension of the Saved by the Bell franchise. Later this year, the NBC comedy will be revived — but where? And with whom?

Since the revival was first announced last September, several legacy cast members have signed on to reprise their iconic roles. Others have not been approached. And while news continues to trickle in about the modern-day continuation, so much remains unknown. For instance: Are Zack and Kelly still married? What ever happened to Jessie’s evil stepbrother Eric? And when was the last time anyone — and we mean anyone — spoke to Tori? (Do they at least have her on Facebook?)

Saved by the Bell Revival Scoop

Rather than speculate about what we don’t know, TVLine has compiled the attached guide that contains everything we do know — and we’ll continue to update it with further intel as we learn more. In the meantime, click through to find out just how present our favorite alumni will be on an episode-to-episode basis, who among them are now parents to members of Bayside’s current student body, and why the show is poised to have a slightly different look and feel (and be slightly more sophisticated?) than nostalgics may expect.

Most importantly: When will it premiere? And how will you be able to watch it?

Once you’re caught up to speed, hit the comments and tell us if you’ll be binge-watching Saved by the Bell — and share your wish lists for the revival.