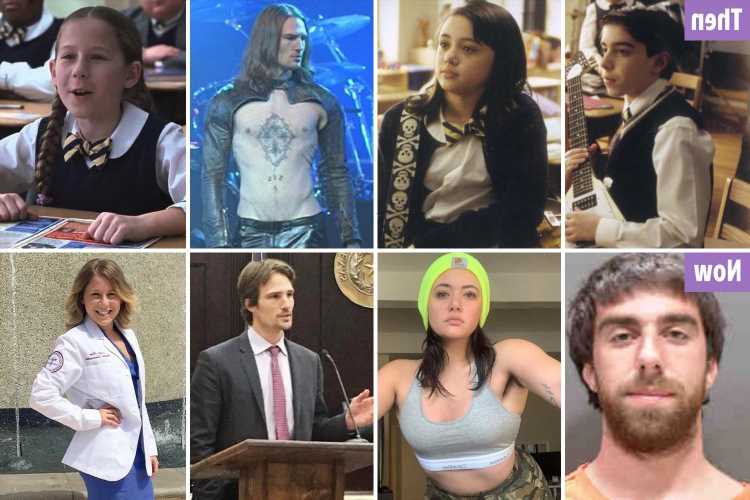 SCHOOL of Rock turned the laughs up all the way to 11 when it first hit screens 18 years ago.

And it's still rocking on with new audiences today — but where are the original cast now? 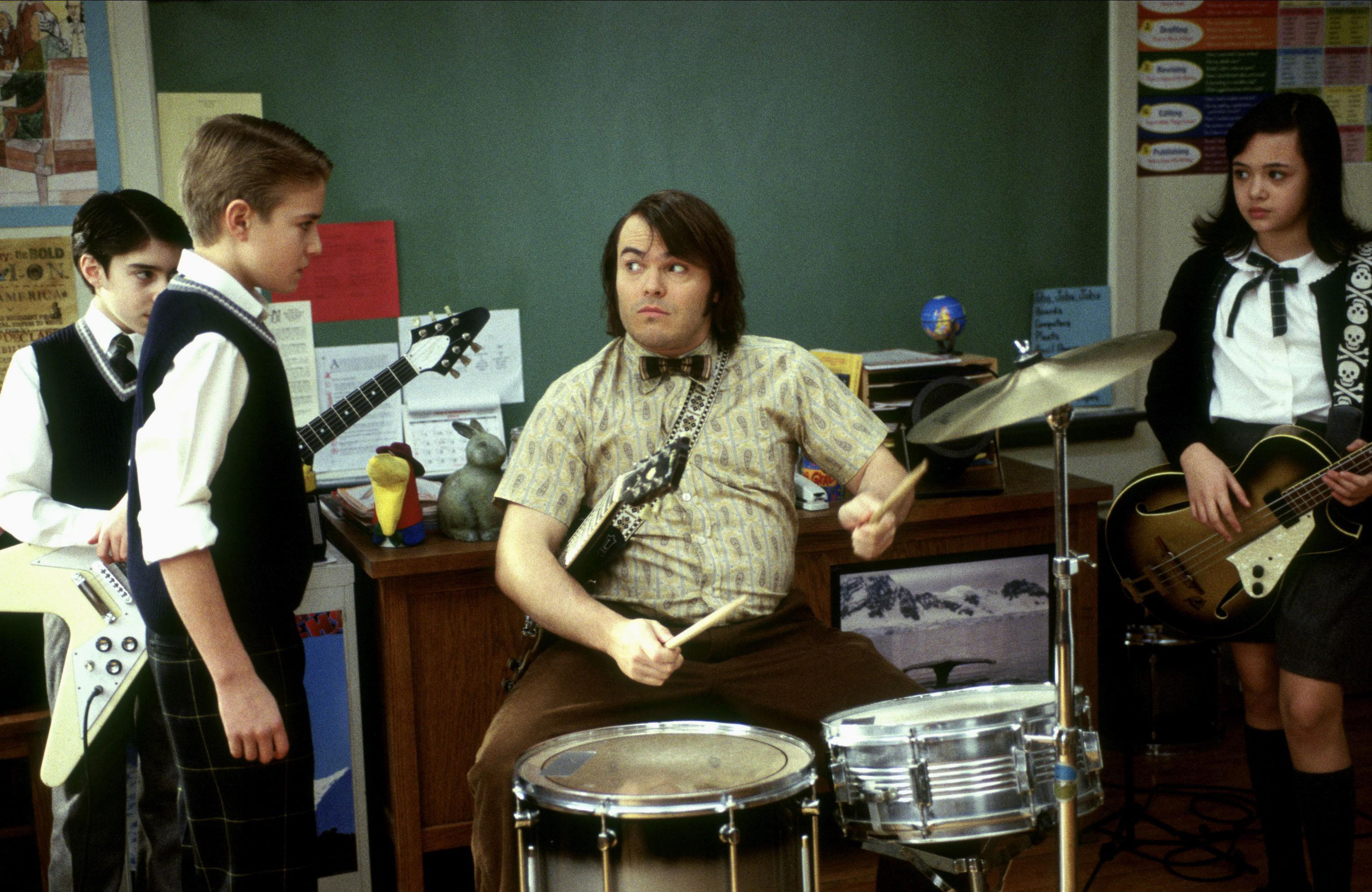 Some have found themselves in legal trouble, with arrests for shoplifting and even driving under the influence.

While another is now one of the most important lawyers in Texas after having a successful modelling career.

Here's where they are now.

Lucas Babin's character Spider was the lead guitarist in the band No Vacancy who kicked Jack Black's character (Dewey) out the group, and then won the battle of the bands at the end of the film.

But his character is best remembered for flirting with the school's principal played by Joan Cusack. 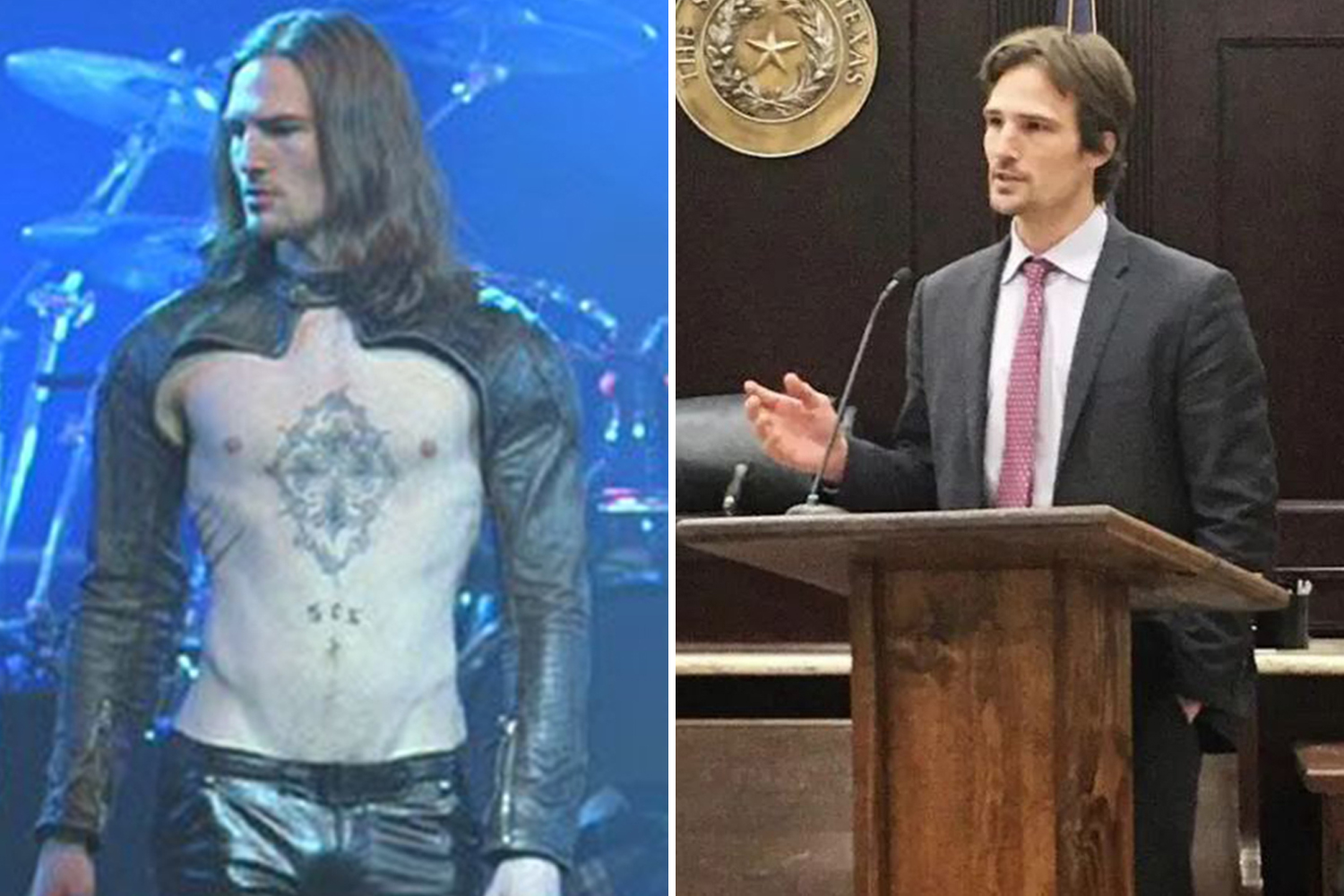 In the years since, 41-year-old Babin has left acting and is now the district attorney of Tyler County, Texas.

As well as his illustrious acting and legal careers, Babin modelled for the likes of Gucci, Calvin Klein and Louis Vuitton.

He even played Paris Hilton's love interest in the video for her 2006 single Stars are Blind.

Hassan's character Tamika blew everyone away at Horace Green prep school with her incredible singing skills.

And everyone remembers the scene in which Dewey comforts a stage-fright-stricken Tamika by telling her that she doesn't need to be self-conscious about her weight because: “You’ve got talent, girl." 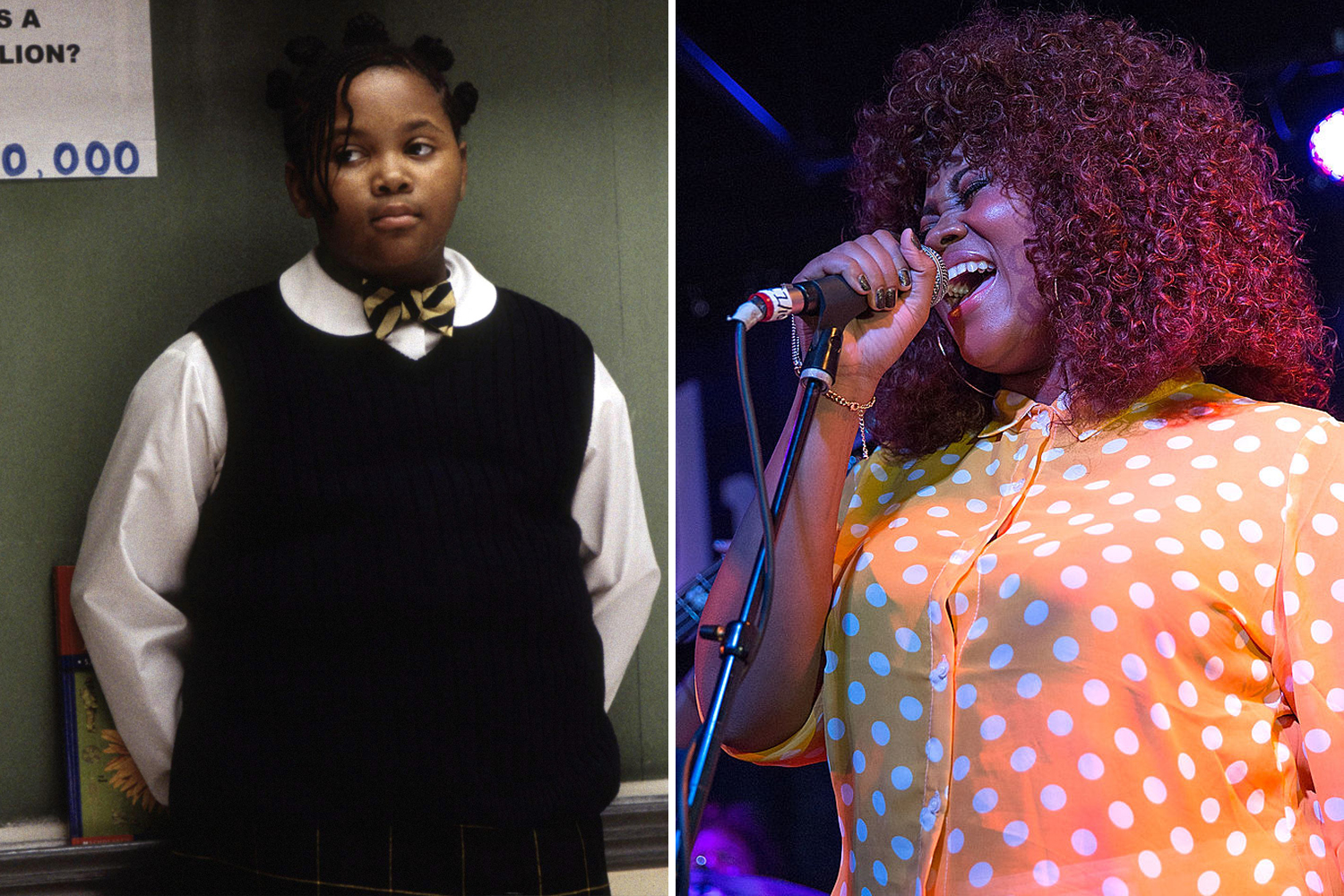 Hassan took part in a 2013 reunion with her costars and made an appearance in a 2015 Broadway production of School of Rock.

And the moving scene between Tamika and Dewey went viral again this week as social media users praised its forward-thinking message of self-acceptance.

“This scene is more revolutionary than I think they even knew,” one wrote.

But in the years since the film wrapped, instruments have got him into trouble. 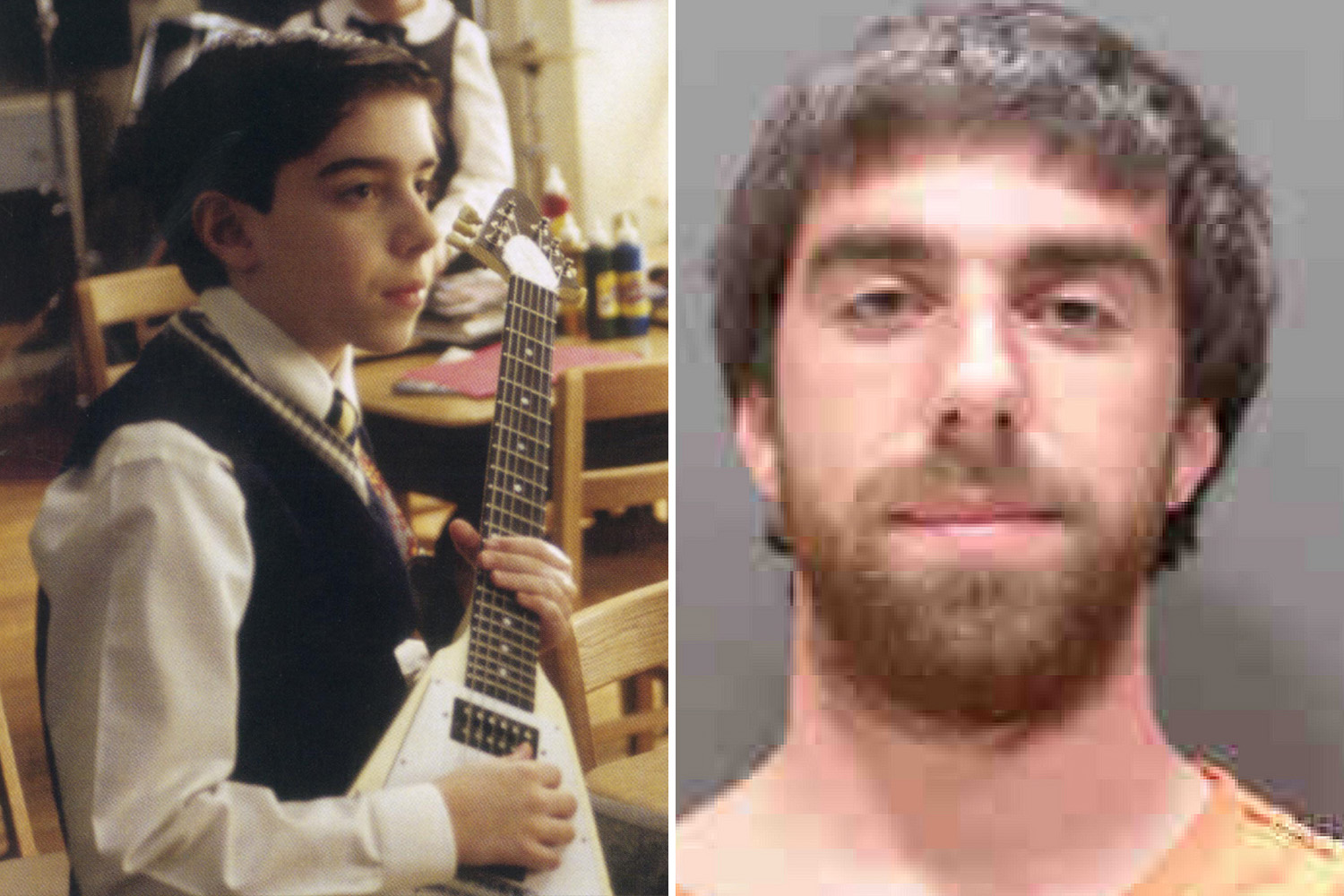 In 2019, Gaydos Jr was charged with stealing £2,000 worth of guitars and selling them to pawn shops.

He pleaded guilty to a misdemeanour impaired driving charge ten years earlier when he was 17, TMZ reports.

School of Rock remains his only acting credit listed on IMDB and it's thought he's worked on his music career in the years after the film.

Brian Falduto's band stylist Billy gave Dewey a dressing drown with the immortal line: "You're tacky and I hate you".

Since then, Falduto hasn't made any other big screen appearances, branching out into other pursuits. 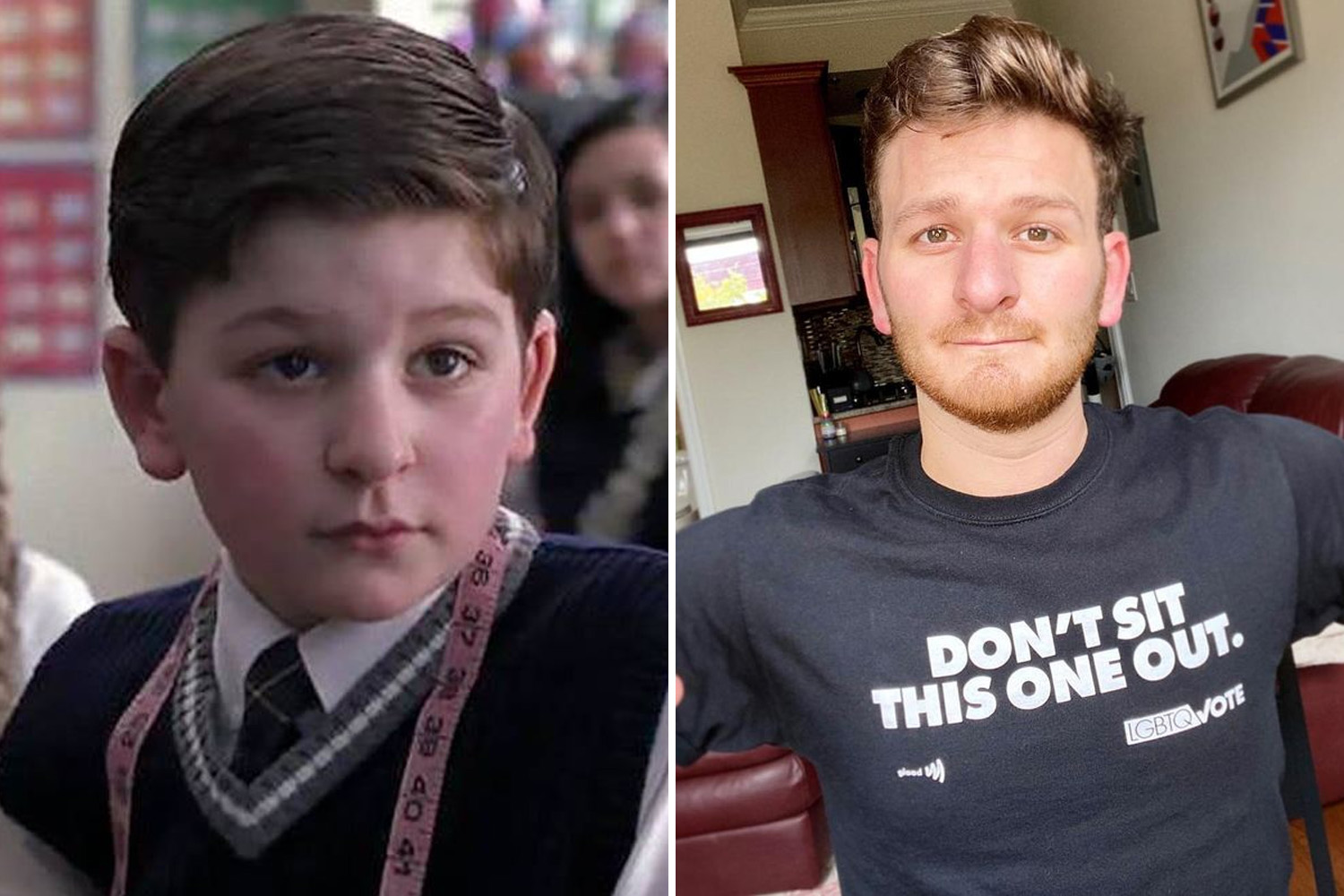 He's an advocate for the LGBTQ+ community and works as a life coach, setting up The Gay Life Coach Podcast in 2020.

In 2018, he revealed on Instagram that cast members still regularly kept in touch.

"What other major motion picture can say they still have a thriving group text #15years later?" he wrote.

Aleisha Allen might have played backing singer Alicia in School of Rock, but she was already in the spotlight before she joined the cast.

She'd had roles on the kids TV show Blues Clues in the 90s and went on to feature in the 2005 Ice Cube comedy Are We There Yet? as well as its 2007 sequel Are We Done Yet? 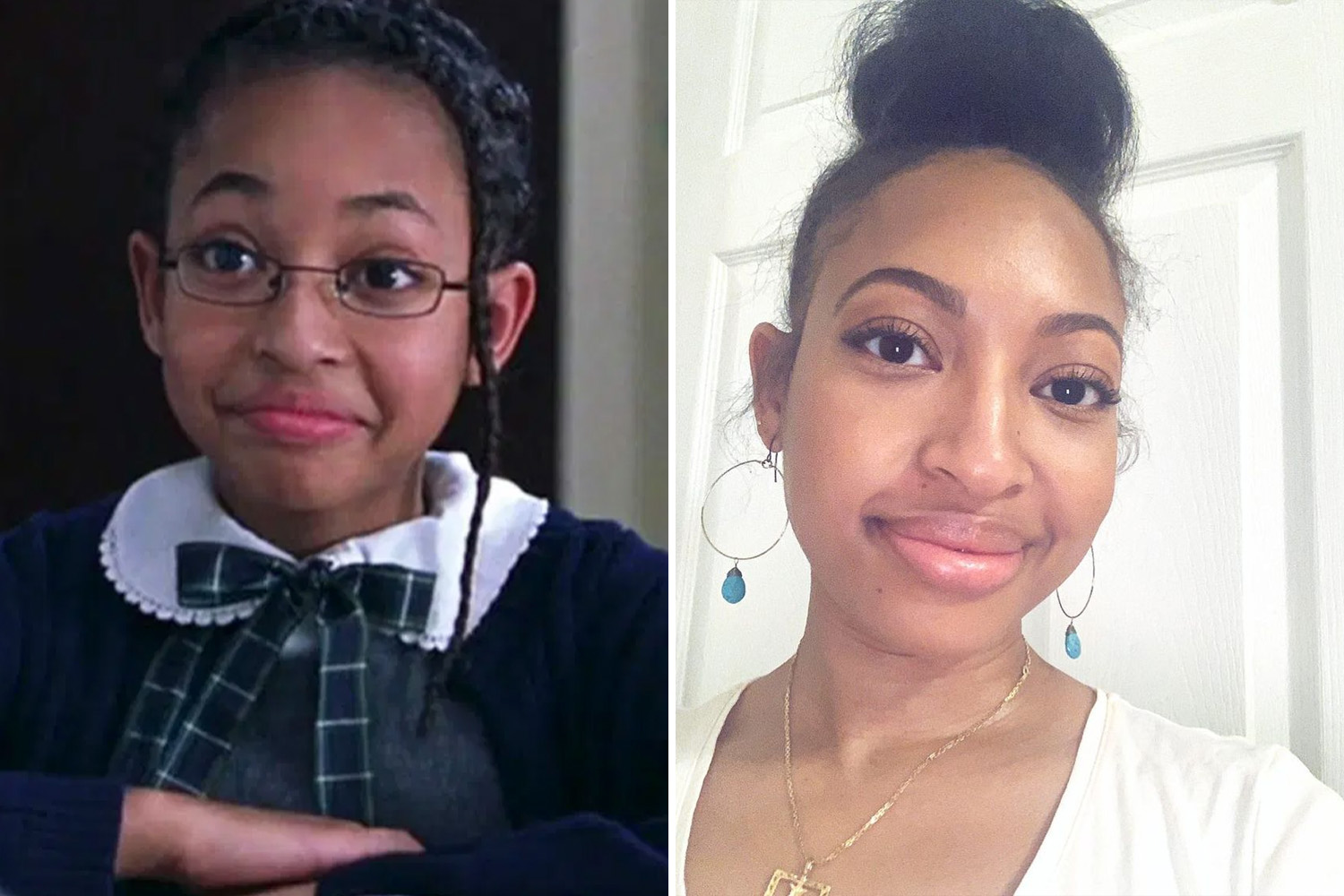 But she's since traded the cinema for the operating theatre, working as a pathologist in New York.

"I’m still alive and safe, and fulfilling my medical duties," she wrote on Instagram earlier this year.

"And I hope you all are starting to feel lighter and more optimistic."

Allen isn't the only one to leave entertainment for medicine — Caitlin Hale did too.

After playing backing singer Marta in School of Rock, Hale went on to complete a degree in journalism before switching to a medical career in New York. 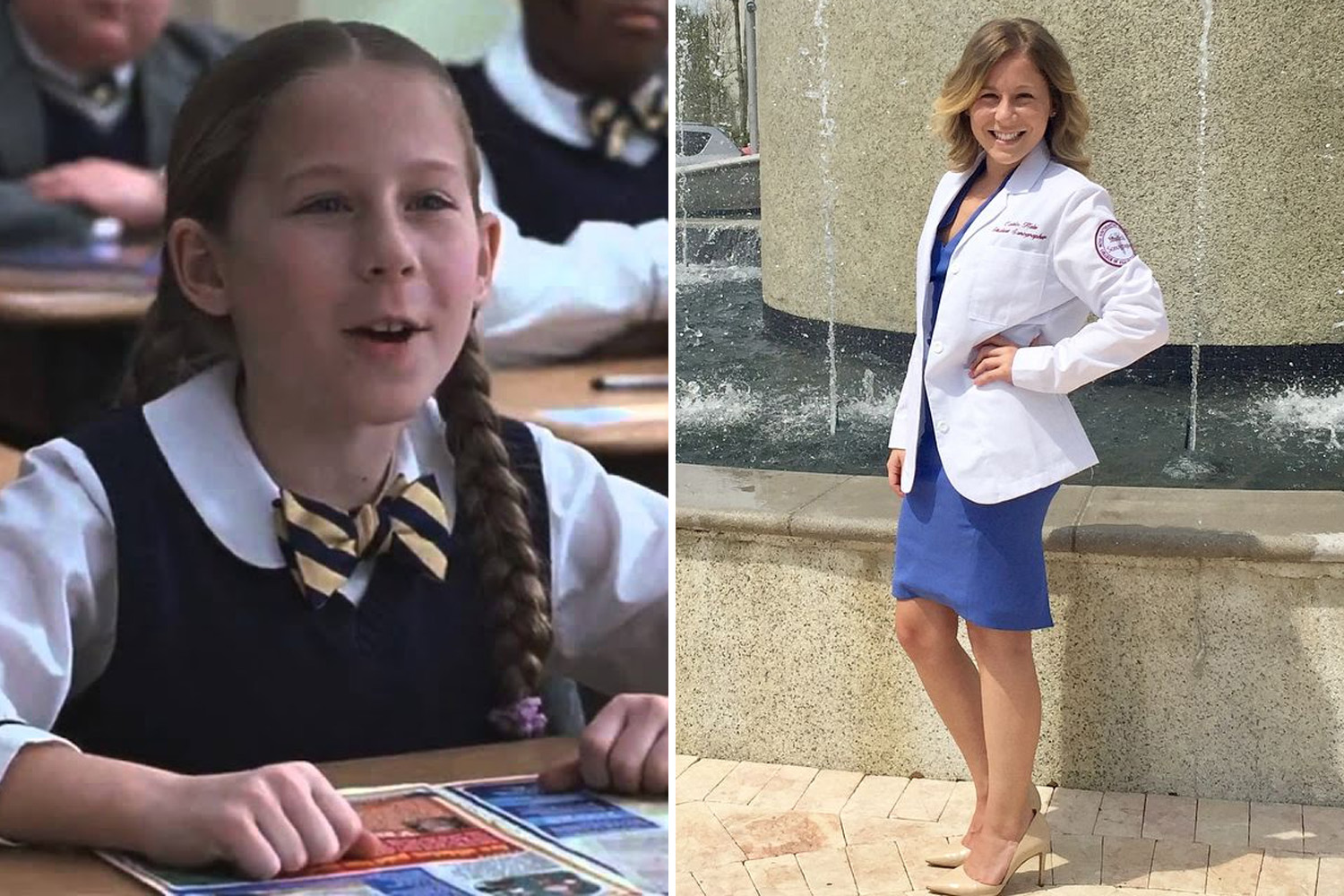 "Today I am an OB/GYN certified Registered Diagnostic Medical Sonographer.

"I perform gynecologic and obstetric ultrasounds at an OB/GYN office in NYC."

Zach Infante's character Gordon was a design superstar in School of Rock.

The actor has gone on to have more roles in big productions, including the TV series Gotham (2015). 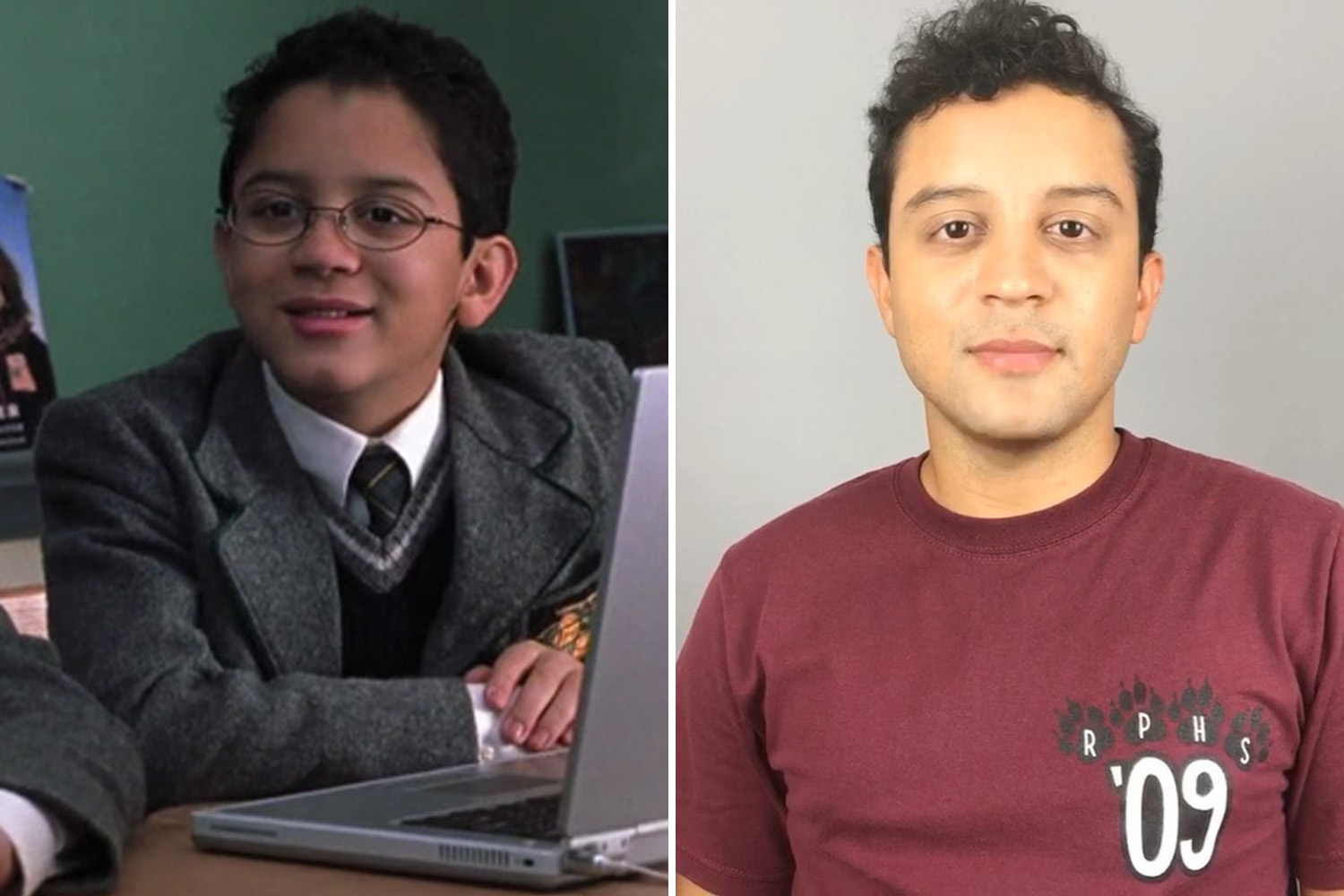 He's also worked as a producer and director, and is now running to be elected for his hometown Board of Education in Roselle Park, New Jersey.

"We're facing an unprecedented health crisis in our community, and I'm committed to the mental and physical health of our students first and foremost," he wrote on his website.

Frankie was a tough kid, and that's why he was made a member of the band's security.

And actor Angelo Massagli also had roles alongside other tough guys, including playing Bobby Jr in The Sopranos until 2007. 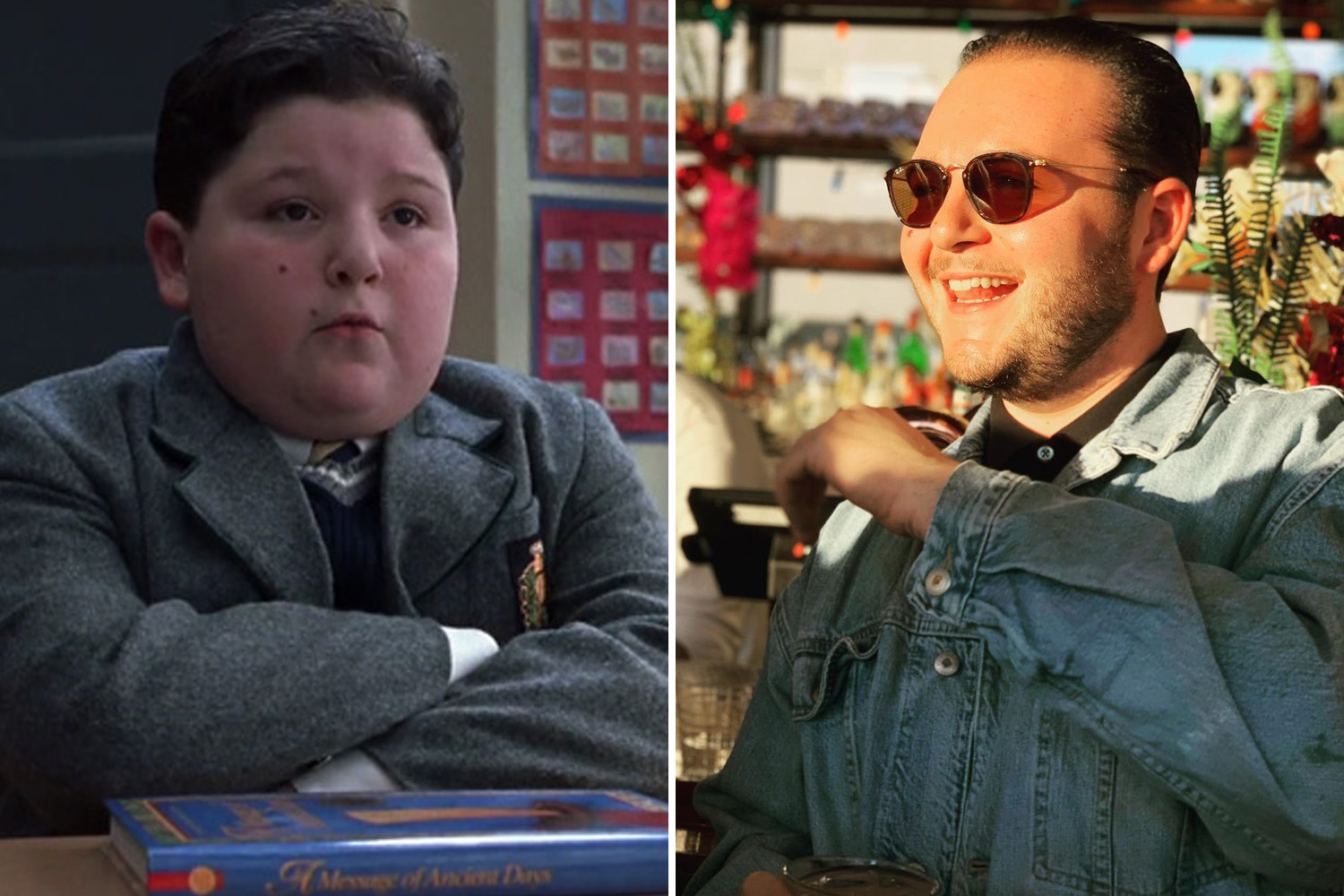 "When I hit 18, I was thinking to myself, ‘Do I want to completely commit to acting or decide on a backup plan?'” he told the Talking Sopranos podcast.

He chose the backup plan, enrolling to study law at the University of Miami before returning to New York to become an attorney.

Rivkah Reyes' Katie is converted from a cellist into a bass player pretty much effortlessly to fit into Dewey's band.

Since the film came out, Reyes struggled with being bullied by peers and being sexualised as a child in creepy comments posted online. 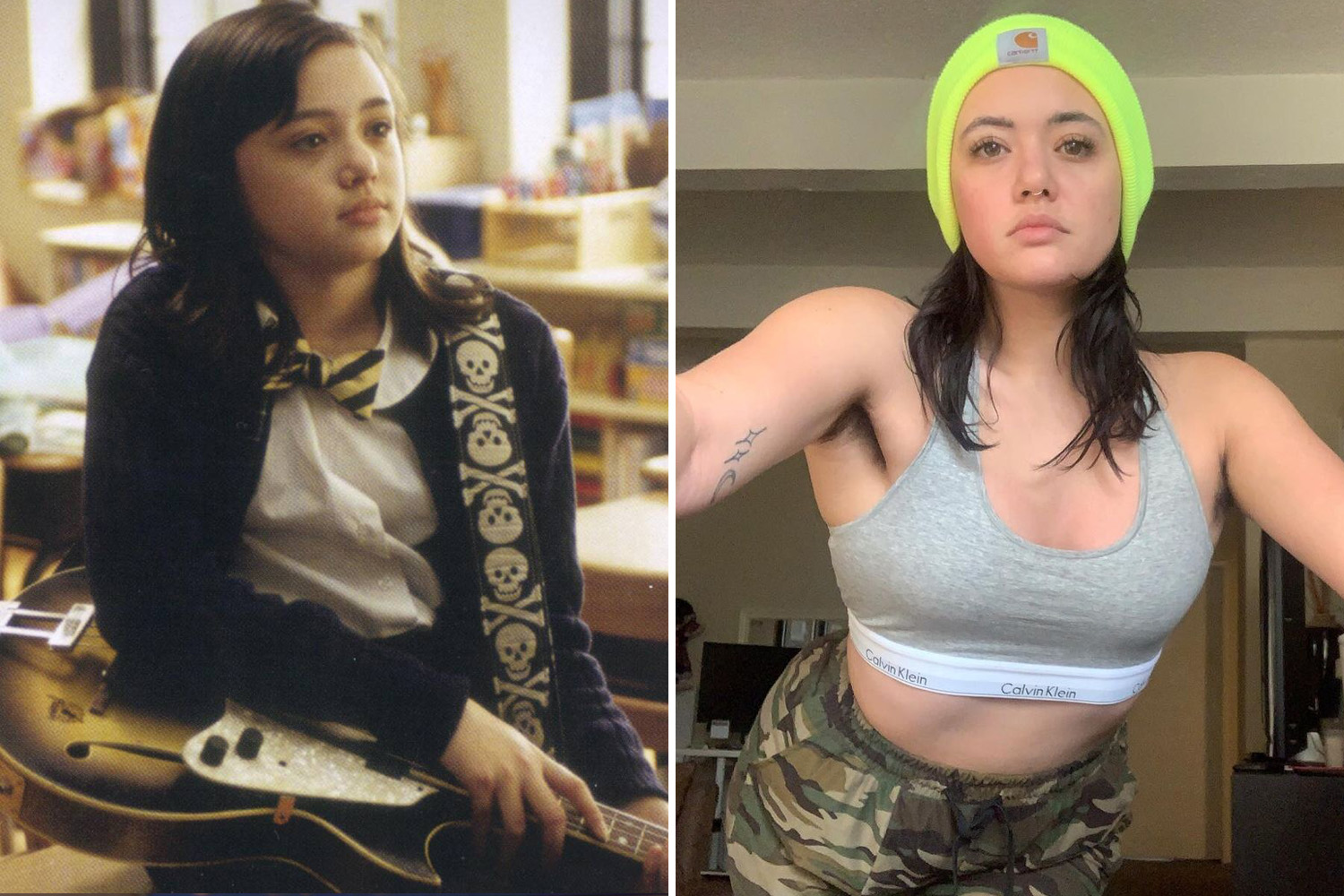 "From the age of 14, I used drugs, alcohol, sex, food, and self-harm to numb all of this pain," Reyes wrote in an essay titled Confessions of an Obsolete Child Actor last year.

"I’m not saying all of this is because I played bass in a movie when I was a kid but because I spent over a decade terrified that I’d peaked at 10 years old."