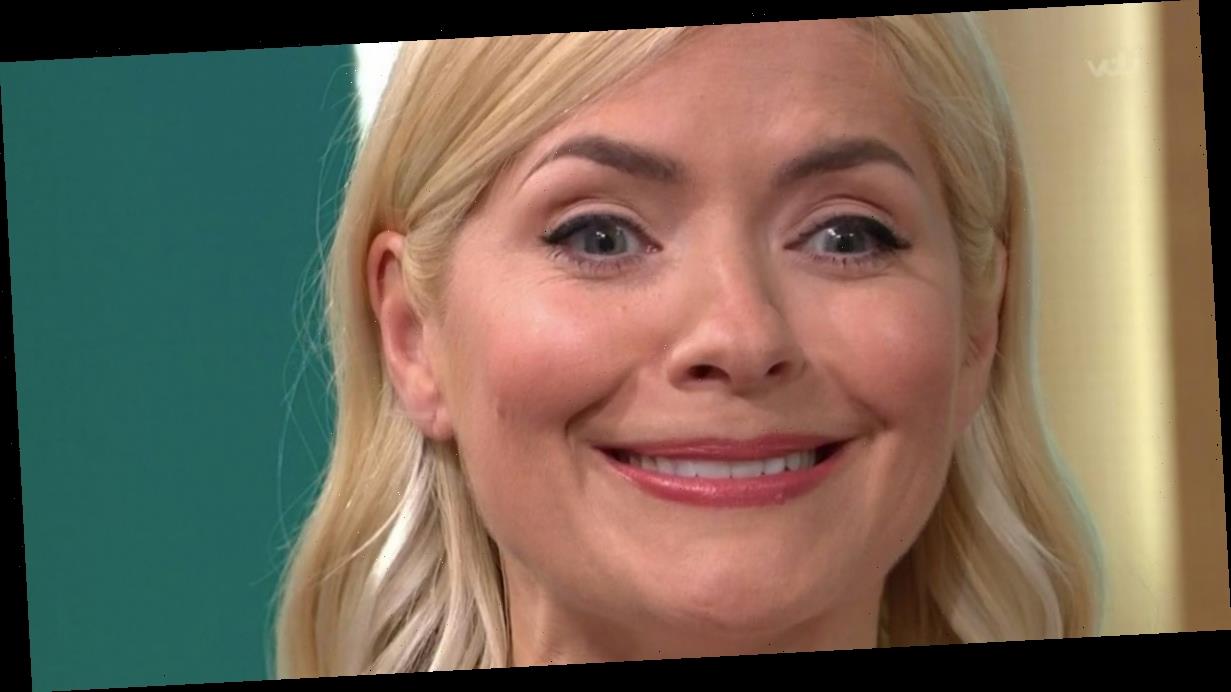 Brave Holly Willoughby started screaming on today's This Morning while getting her ears re-pierced live on air.

Co-star Phillip Schofield started gagging and jokingly rushed off to be sick after watching needles and tubes going into some guests' ears during a segment on the top piercing trends for 2020 – leaving Holly feeling very nervous.

As worried Holly hopped on the bed she explained that she first head her ears pierced aged 12 but she practically has to re-pierce them every time she puts an earring in.

Holly admitted the pain is so bad that she doesn't usually wear earrings, only on a Sunday during Dancing on Ice .

As Samantha Hayler, Head Piercer, Astrid and Miyu, started preparing her ear, Holly was horrified that she could see herself on the screen.

While her ear was being clipped, Holly said: "Oh god you guys are really brave and I feel I’m going to let myself down. Do people pass out?"

A close-up then showed the needle going into Holly's ear as she tried to remain calm.

Squeamish Phil then shouted: "Needle, needle alert. What are you thinking guys. Tell me what you're going to cut to."

Holly took in a deep breathe then started squeaking as the camera zoomed in on the tube in her ear that surrounds the noodle.

"OK that was a little pinch," confessed Holly. "Yeah that was fine. What's that in my ear? That's not an earring. That was a lot more pressure and hurt a lot more than I thought it was going to be."

Holly admitted it wasn't as bad as expected but started crying out when she realised there was another ear to go.

Giggling Phillip joked: "Keep it quick as we’re on a count here."

Suggesting it was not the best idea to do it quickly, Phil said: "I don't think we I’m not sure thats a brilliant idea. Let's do it in the break. We’ve got a VT."

With Holly confessing she could now "scream in peace", Phil added: "What a bizarre show this can turn into sometimes."

Holly showed off her earrings after the break and admitted it was more painful than she thought.

"They feel a bit hot but it's good. It's better than re-piercing them every Sunday night," claimed Holly.

Phillip added: "I'm so sick of hearing the screams."

This Morning viewers were left in hysterics at Holly's reaction to getting her ears re-pierced.

"I have 7 holes in my ears, not once did I make as much noise as Holly," claimed oner viewer.

Another added: "Holly: “What’s my aftercare with this?”. You’ve had your ears pierced chick, not a hip replacement"

"For the love of God how did Holly Willoughby get through childbirth ," said a third.

A fourth said: "We don’t care about the furniture we wanna see Holly have her other ear pierced."

*This Morning airs weekdays on ITV at 10am