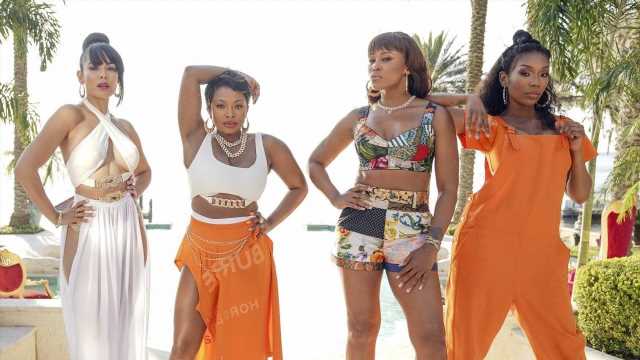 Eve, Brandy, Naturi Naughton and Nadine Velazquez are pursuing their second act on Queens. ABC released an extended first look at the series as part of its Television Critics Association summer press tour on Thursday.

The drama follows four women looking to recapture the fame they achieved as a ’90s hip-hop group, Nasty B*tches. Having been estranged for about 20 years, the four must work to regain the swagger they had as the iconic group that made them legends in the hip-hop world.

The extended first look gives fans a peek at the group preparing for their comeback.

“Tell me how this isn’t going to be a disaster,” Eve’s Brianna says in the clip.

“We do it our way this time,” Nadine’s Valeria replies.

Naturi’s Jill insists it’s the group’s “second chance,” while Brandy’s Naomi tells her groupmates, “We don’t need a crowd, we don’t need a stage, we need each other.”

Zahir McGhee, Sabrina Wind and Tim Story are executive producers on the series, while Swizz Beatz serves as executive music producer. The show  is produced by ABC Signature, a part of Disney Television Studios. The pilot episode was written by Zahir McGhee and directed by Tim Story.