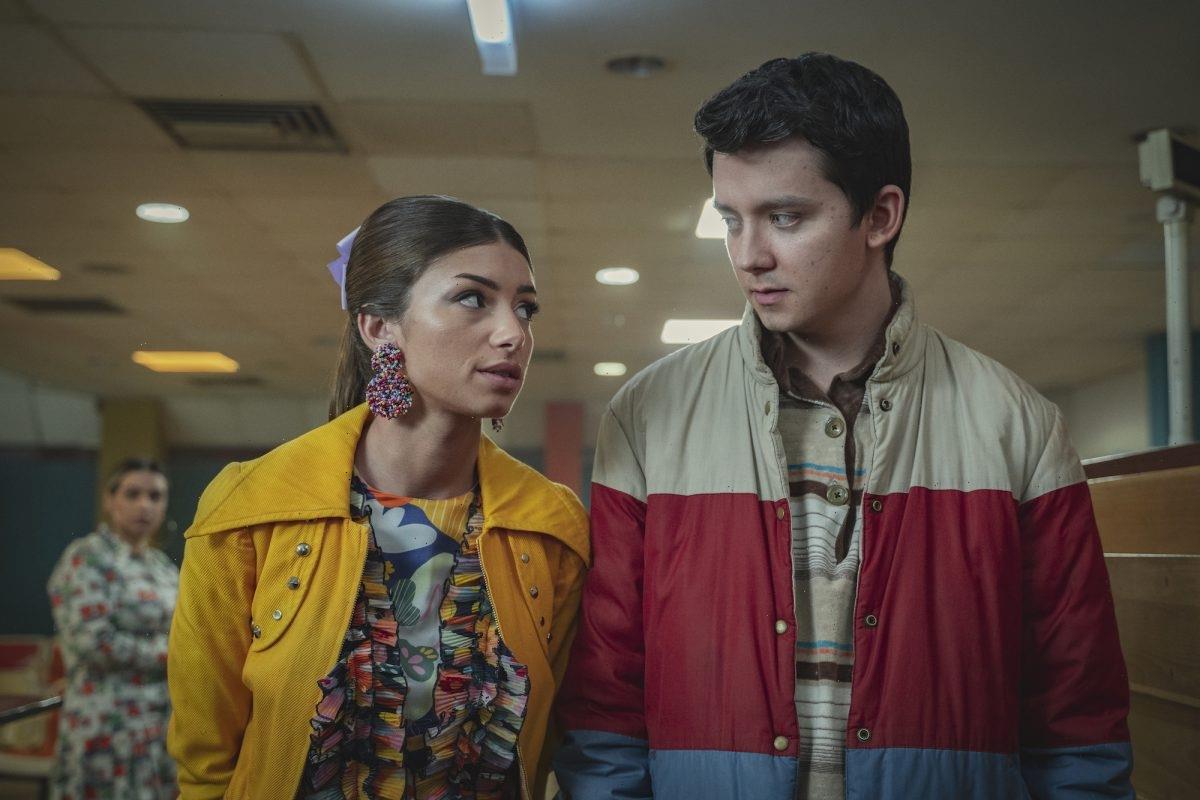 On Sept. 16, Netflix released another trailer for Sex Education Season 3. The previous teasers hinted at the arrival of new faces and a different storyline. But, one major cliffhanger from the season 2 finale finally gets addressed in the new season – does Maeve ever find out about the voicemail Otis sent?

During the season 2 finale, Otis(Asa Butterfield) finally built up the courage to confess his love to Maeve (Emma Mackey). To clarify, Otis and Maeve have a complicated relationship. The two started a therapy clinic together to offer the students at Moordale Secondary School advice on sex. While their relationship was strictly professional, Otis began to develop feelings for Maeve. However, she was dating Jackson (Kedar Williams-Stirling).

In the voicemail, Otis admits that it’s “always been you.” For example, Otis dated Ola (Patricia Allison) throughout season 2. But, she broke up with him to pursue a relationship with Lily (Tanya Reynolds). Maeve never listened to the message because Isaac (George Robinson) deleted it. So, she never got the chance to hear Otis’ true feelings.

The trailer starts with Maeve saying: “What did it say? The voicemail?” Otis is eager to dismiss the conversation, sharing that the subject “doesn’t matter” anymore because it was ages ago. Firstly, it appears that Otis has moved on. For example, he casually dates Ruby (Mimi Keene) in season 2 – the two kissed in front of the school. But, Maeve persists and shares the message “matters to me.” Will Otis finally express his feelings? How will Maeve respond? Well, Sex Education fans will have to wait and see in the new season.

Aside from Maeve and Otis’ fractured relationship, viewers see a glimpse into other characters’ lives. For instance, there is trouble in paradise for Adam (Connor Swindells) and Eric (Ncuti Gatwa). In the previous season, Adam confessed his love for Eric in the middle of the school play. However, their relationship is off to a rocky start. In addition, Lily and Ola are struggling to connect, despite having that magical moment in season 2.

Secondly, the adults in Sex Education have their conflicts. Otis’ mother, Jean (Gillian Anderson), is pregnant, and her new best friend, Adam’s mom Maureen (Samantha Spiro), is right by her side. The new headteacher Hope (Jemima Kirk), is ready to turn Moordale Secondary School upside down. In other words, she plans to implement policies that restrict explicit acts on campus, which poses trouble for Maeve and Otis’ sex therapy clinic.

Where can I watch ‘Sex Education’ Season 3?

Sex Education is available to stream on Netflix. The Netflix app is available for download in the Google Play store and the Apple app store. However, the fee for a subscription is $13.99. The series is streamable on Amazon Fire TV, Android streaming devices/TVs, Google TV, LG, PlayStation, Xbox, Roku, Samsung, Sony, and VIZIO. In addition, viewers can visit the official Netflix website.

The third season of Sex Education premieres on Friday, Sept. 17.