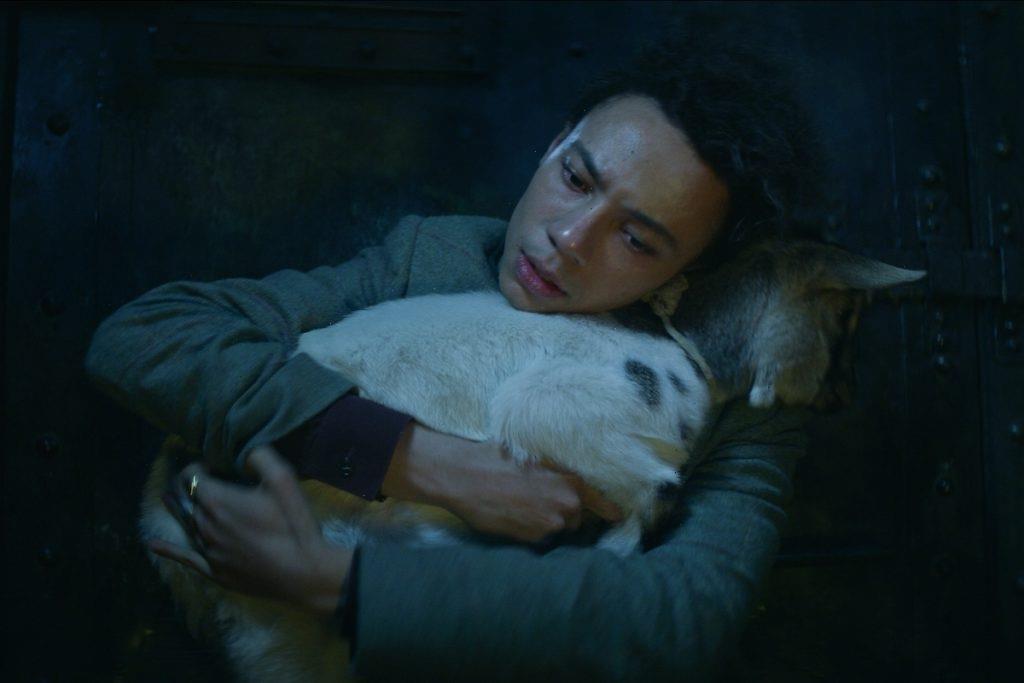 Netflix‘s Shadow and Bone is a bold and feminist story about Alina Starkov (Jessie Mei Li), an unremarkable orphan-turned map-maker. Based on Leigh Bardugo’s Grishaverse novels, Alina realizes she may be the key to her country’s freedom from the diabolical Fold when she inadvertently unleashes a power that she didn’t even know she had.

Torn between the life she has with her best friend Malyen “Mal” Oretsev (Archie Renaux) and the one she could have by the side of General Kirigan (Ben Barnes), the leader of the Grisha, Alina must make some very tough choices.

As central as Li’s Alina was to the show, one character, Milo the Goat (yes, an actual goat), also stole the show. However, the goats used on Shadow and Bone caused absolute chaos on the set.

[Spoiler alert: This article contains MAJOR spoilers from Netflix’s Shadow and Bone Season 1. Read at your own risk.]

Why is The Fold so terrifying on ‘Shadow and Bone’?

The Fold is so terrifying on Shadow and Bone because it splits the Kingdom of Ravka right in half. It’s a horrific darkness that has divided families and the country, and it’s filled with monsters called volcra who feed on human flesh. To try and cross The Fold, boats must glide across it in complete darkness and silence so that the volcra aren’t alerted.

In Season 1, Episode 4 of Shadow and Bone, we learn that The Fold was formed centuries ago by a Shadow Summoner known as the Black Heretic. Though he was initially an adviser to the king, the Black Heretic became obsessed with power and attempted to create his own army using merzost, horrible and forbidden magic.

Instead, he inadvertently created The Fold.

Why is Milo the Goat so important on ‘Shadow and Bone’?

On Shadow and Bone, word of Alina’s power spreads far and wide. It reaches the ears of Kaz (Freddy Carter), Inej (Amita Suman), and Jesper (Kit Young), who call themselves the crows. The crows decide to embark on a quest to kidnap Alina for a major payday.

However, to reach the Little Palace where Alina is staying, the pair must cross The Fold. To do so, they enlist the help of the Conductor, who has provided self passage to countless people across The Fold. The Conductor instructs the Crows to get 20 pounds of alabaster coal, a peck of majdaloun jurda, and a goat for safe passage.

The jurda was used to keep everyone calm. The coal was needed to run the train across The Fold. And finally, the goat was an emotional support animal for panicking passengers.

As much as Milo the Goat stole the show when Jesper was told to “Hug the goat,” the goats used to play Milo had the Shadow and Bone set in shambles.

The goats on ‘Shadow and Bone’ caused absolute chaos on set

As much as we lived for Milo, he was not a nice set guest. “In one scene, we [used] two goats. They [had Hungarian names], which in English mean ‘running” and “jumping,’” Suman told Elite Daily. “One of the goats was just pooping everywhere, and the other one was screaming, because in the scene we had fire, we had monsters, and the noise of the train. It definitely drove us crazy at times, but they were so adorable.”