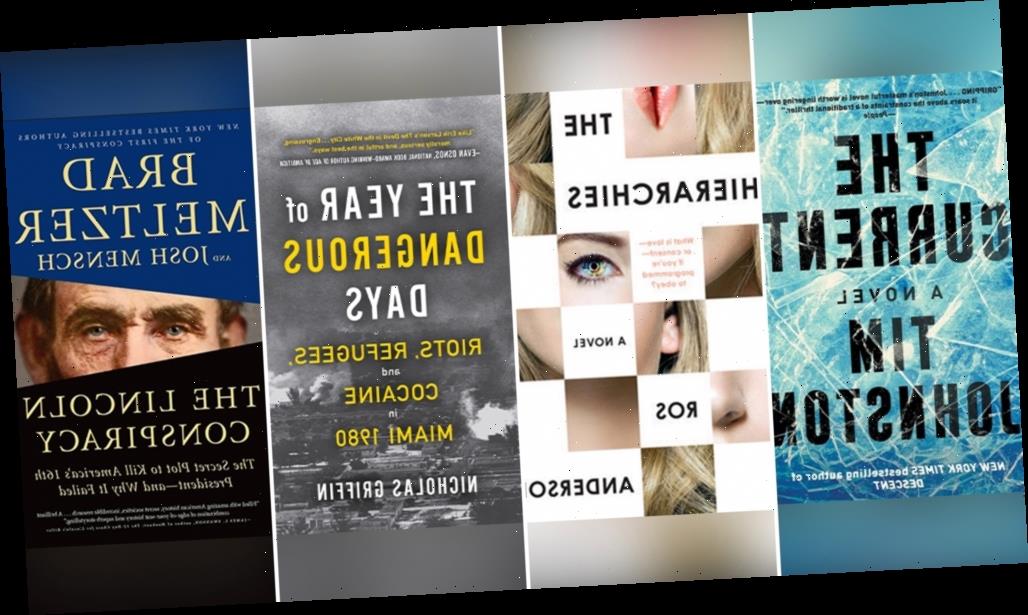 EXCLUSIVE: SK Global and LA-based production and literary outfit The Mazur Kaplan Company have closed a first-look development deal, with an initial five books set for adaptation. The pact was jointly announced Tuesday by SK Global President of Television Marcy Ross, and Mazur Kaplan principals Paula Mazur and Mitchell Kaplan. It is part of SK Global’s expansion into television under Ross who joined the company in April. The deal also is part of book IP-focused Mazur Kaplan’s push into TV.

Here are the first five books identified for television or feature adaptation under the pact, along the creative auspices attached to each project:

The Hierarchies. Written by debut novelist Ros Anderson and set in the not-too-distant future, The Hierarchies is a character driven story about a sentient pleasure robot designed to cater to her husband’s needs, and her startling self-discovery as she begins to realize more about the world and her place within it. SK Global and Mazur Kaplan will co-produce with Margot Robbie and Tom Ackerley’s LuckyChap Entertainment banner.

Brad Meltzer’s non-fiction bestseller, The Lincoln Conspiracy: The Secret Plot to Kill America’s 16th President–and Why It Failed, co-written with Josh Mensch. The Lincoln Conspiracy tells the true story of a secret society and its failed assassination attempt on Abraham Lincoln as he made his way to his inauguration in 1861. Award-winning filmmaker Nia DaCosta (Little Woods, Universal’s upcoming Candyman, Marvel Studios’ Captain Marvel 2) is attached to direct and co-produce along with Gabrielle Nadig.

The Year of Dangerous Days: Riots, Refugees, and Cocaine in Miami 1980, by award-winning author and journalist Nicholas Griffin is being adapted into a television series. It will explore the harrowing true story of Miami’s dramatic social and political transformation during the early 1980’s – a city set upon by cartel violence, a burgeoning refugee crisis, and police brutality-incited riots. Emmy-winning producer and screenwriter Tom Fontana (Oz, City on a Hill) is set as showrunner.

The Reformatory, Tananarive Due’s latest, soon-to-be-published novel which she’ll adapt in partnership with Steven Barnes (CBS’ The Twilight Zone series). The fictional story follows 12-year-old Robert Stephens after he’s sentenced to six months at the notorious Gracetown School for Boys in 1950s Jim Crow Florida, and soon learns that the ghosts that haunt the Reformatory are less horrific than the living.

Award-winning author Tim Johnston’s gripping mystery, The Current, to be adapted by Emmy nominated screenwriter Miki Johnson (Ozark, Ray Donovan). When an act of violence against two young women in a small Minnesota town sends their car crashing into an icy river, the sole survivor awakens to find the crime has sent shockwaves through her community, a place frozen in time by grief from a similar, unsolved murder ten years before.

“I am so grateful to (SK Global co-CEO’s] John [Penotti] and Charlie [Corwin] for making my dream to work with Mitch and Paula a reality, said Marcy Ross, President of Television, SK Global. They’re an incredible addition to the SK Global team.”

“We are thrilled to have this opportunity to bring in projects that complement the ambitions and global scope of SK Global, and produce alongside John, Charlie and Marcy, whose artistic sensibility is so in line with ours,” added Paula Mazur, President of Mazur Kaplan.

The company also wrapped the upcoming feature Palmer, starring Justin Timberlake, which was acquired by Apple+ for a 2021 release. SK Global’s hit Netflix series Delhi Crime is in its second season of production in India, and their 2019 Indonesian-language #1 box office thriller Impetigore from director Joko Anwar was recently selected by Indonesia as its submission in the 2021 Academy Awards best international feature film category.