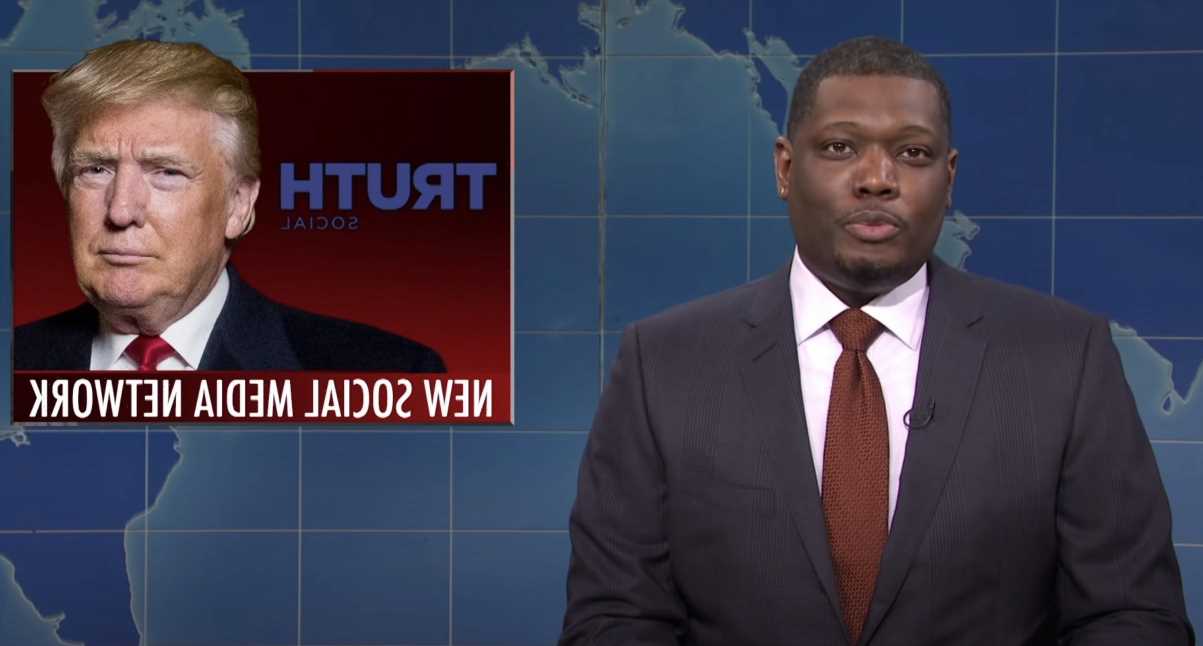 “This week, former White House — I wanna say, garbage man? — Steve Bannon was held in contempt in Congress,” co-anchor Colin Jost said. “But this is what Bannon wants. Just plays into his persecuted messiah complex. Bannon is similar to Jesus in that he looks like he’s been dead for three days.”

Jost added, “After weeks of intense media scrutiny, Facebook is planning to change its company name. So if you’re wondering how well Facebook is handing the pressure, the answer is exactly as well as Kanye,” whose name change to simply “Ye” was approved recently.”

Co-anchor Michael Che then took aim at Trump’s latest endeavor: “Donald Trump announced the launch of his own social media network that he’s calling Truth Social, but most people know it by its original name: The National Sex Offender Registry.”

The duo then traded jokes about the “mix-and-matching” of Covid-19 vaccine booster shots (“Who’s the head of the FDA now? Lil Wayne?”), Joe Biden’s recent town hall meeting, and how the head of the Chicago police union told officers to defy the city’s vaccine mandate. “Which is weird, because usually Chicago police can’t wait to take the shot,” Che quipped.

The Devil, played by host Jason Sudeikis, then stopped by to talk about what he’s been up to lately, including working on Truth Social: