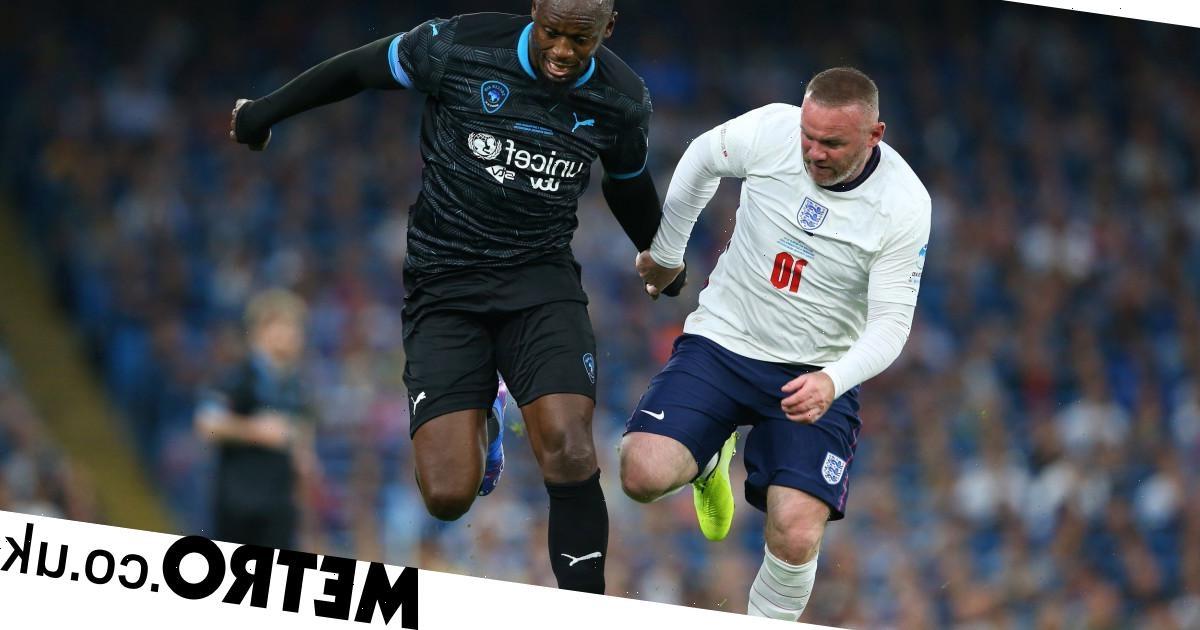 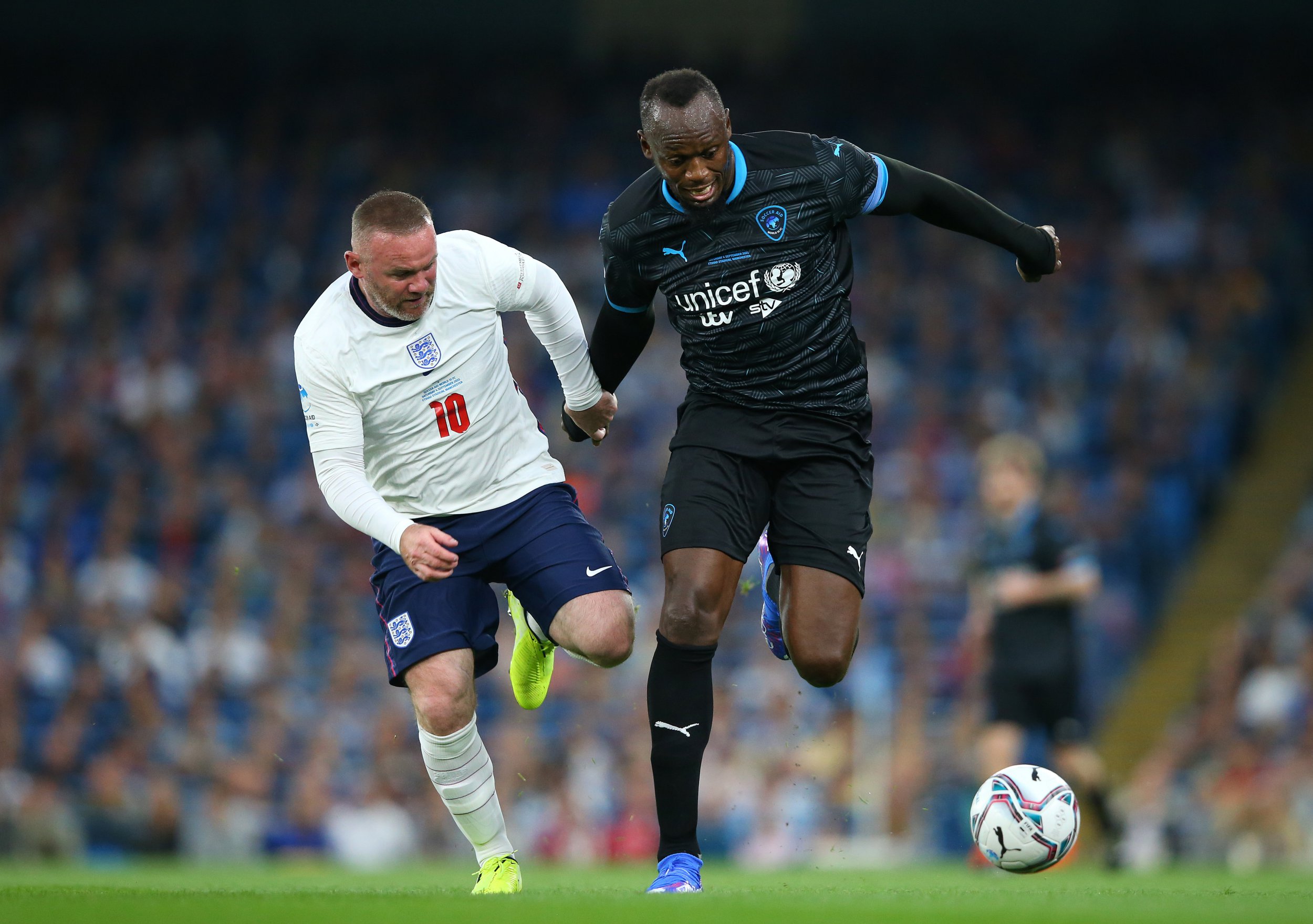 Those watching Soccer Aid at the Etihad Stadium and at home applauded those on both sides of the fixture this evening as they took the knee prior to kick-off.

The charity match of the year is taking place tonight with some of the biggest names in football, entertainment and other sports participating.

The long-running event sees an England team play the Rest of the World, with stars such as Olly Murs, Usain Bolt and Mo Farah part of the line-ups.

But fans at home were quick to comment after all 22 of the players on the pitch took the knee.

Those watching at home could clearly hear the crowd at the stadium erupt as the players made the gesture.

Many soon took to social media to give their support to the teams following the moment.

One wrote: ‘Absolutely loved the massive cheer for the teams taking the knee #SoccerAid.’

‘Nice touch by England and World XI by taking the knee #SoccerAid,’ echoed another viewer.

A third commented: ‘The crowd cheering the players taking the knee at Soccor Aid made me well up. Lovely to see #SoccerAid #socceraid2021.’

It comes just a few days after England’s win away at Hungary saw players Raheem Sterling and Jude Bellingham subject to racist abuse.