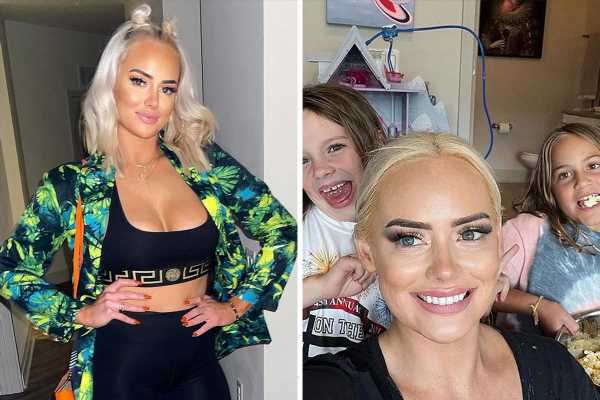 The Bravo star is allowed supervised visits with her children after her ex-husband Thomas Ravanel filed for full custody. 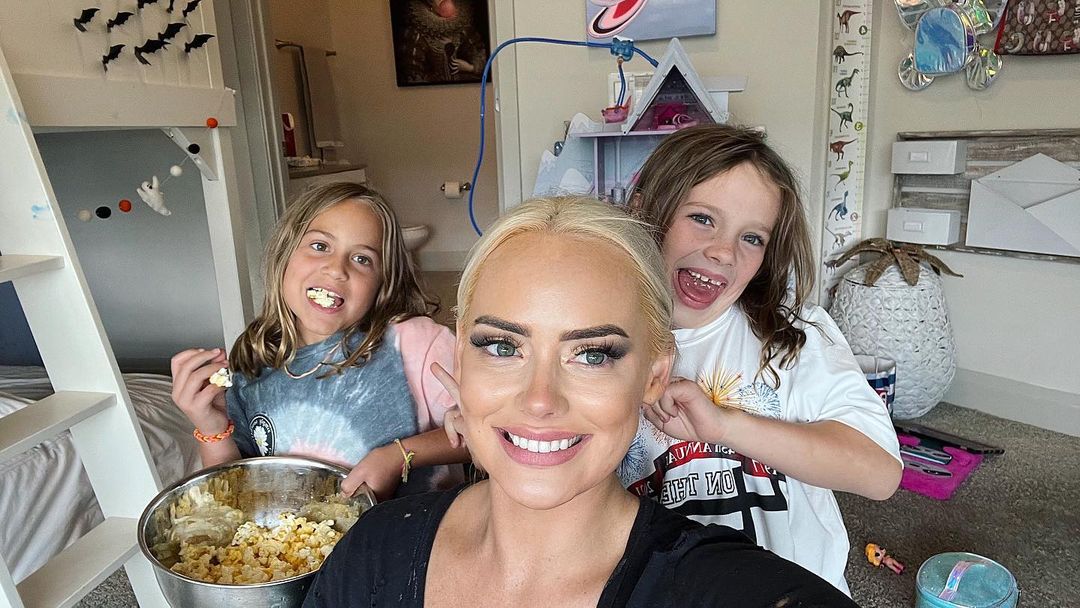 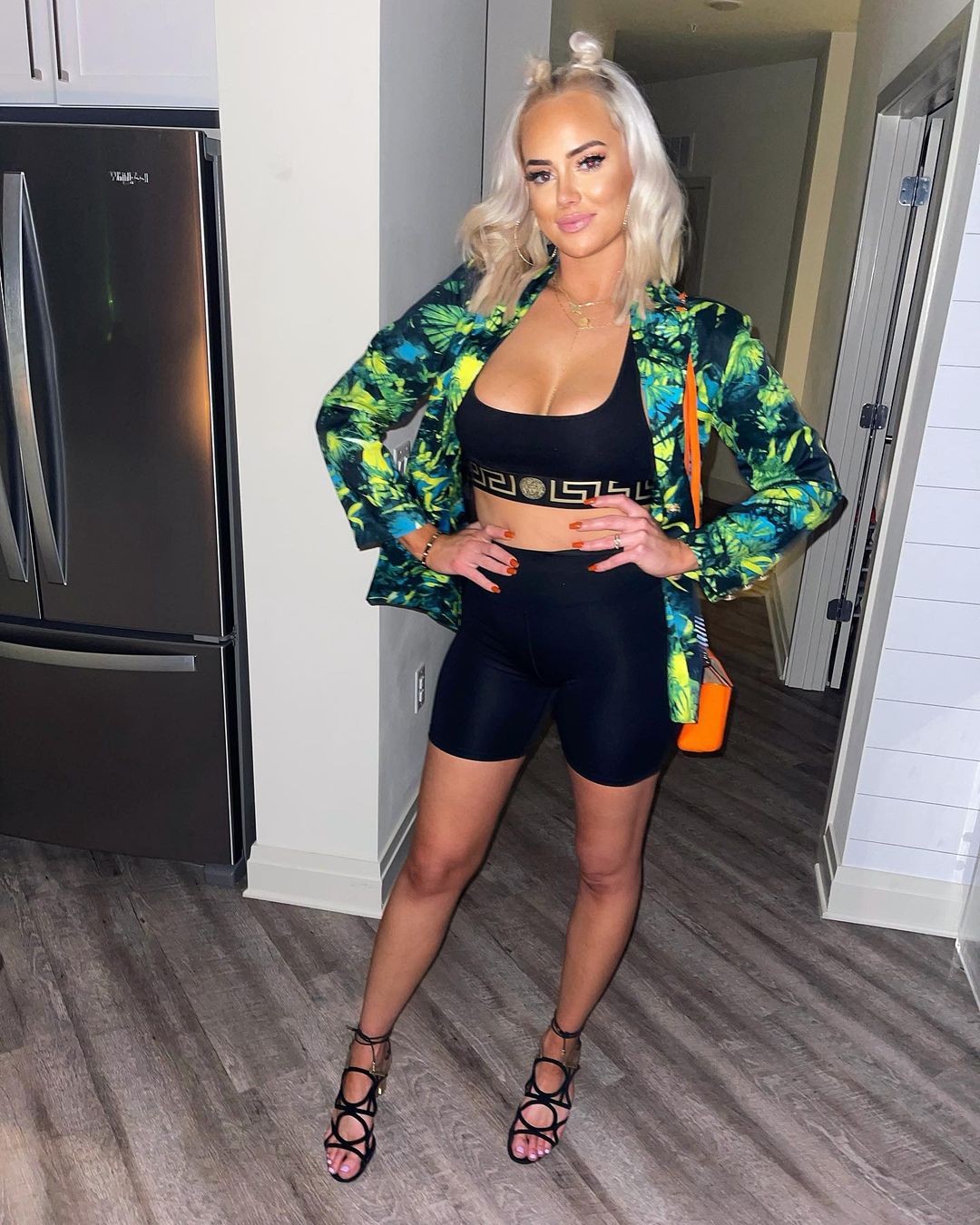 Kathryn shared photos from a visit with the seven-year-old and her friend while playing in her daughter's bedroom.

The girls were indulging in popcorn and playing with dolls when they stopped to pose for a few pics.

The mom-of-two held the camera out for a selfie as the girls smiled behind her.

In the shots, fan got a glimpse at the TV star's eldest child's bedroom, which featured bunk beds, a life-size dollhouse, and a private bathroom.

The South Carolina native captioned the snap: "Me and my besties! Minus @amfornal ~ #thegirls"

Thomas threw a massive bash to celebrate Saint turning six, although Kathryn was noticeably absent from their son's big day.

In one photo, Saint was pictured sipping a juice box while gathered with other children and his father around a cake.

He shared a video showing Saint and his guests enjoying an inflatable slide and a photo of himself with daughter Kensie sitting on his lap.

Kathryn, 30, has not yet posted about her son, whose birthday is actually later this month.

She shared several videos from a "game night" with friends, which appeared to include an escape room-style activity among other games.

Kathryn and Thomas have a contentious history.

Thomas has another son with a ex Heather Mascoe.

Kathryn reunited with her kids at the end of October after losing her custody battle with Thomas.

She shared a series of Instagram photos from their reunion, which showed her cuddling up the her kids on a sunny day.

Kensie could be seen resting her head on her mother, who crouched down to Saint's level.

Both he and his sister were smiling wide in the photos.

Kathryn captioned the photos: "Hoping everyone has a fun and safe Halloween weekend."

The Southern Charm star spent months locked in a custody battle with her ex-husband, Thomas.

She lost custody after Thomas accused her of using drugs and neglecting her kids. Kathryn denied those allegations.

She broke down in tears recently, admitting that she was "missing her babies."

Kathryn shared a picture of herself crying, ending her message by saying: "But some days it be like that…"

She has been open with fans about her nasty battle with Thomas. She shared on Instagram: "There will be a lot more difficult times than good times when you are without your kids."

She explained: "It is exhausting to constantly defend yourself from someone who is trying to change reality – it can even make you question what you know happened, or what is true.

"It can be exhausting to live two lives: One for your children and for the world (everything is fine), and the other where you are beaten down by the family court system. We see you and we stand with you. You are not alone." 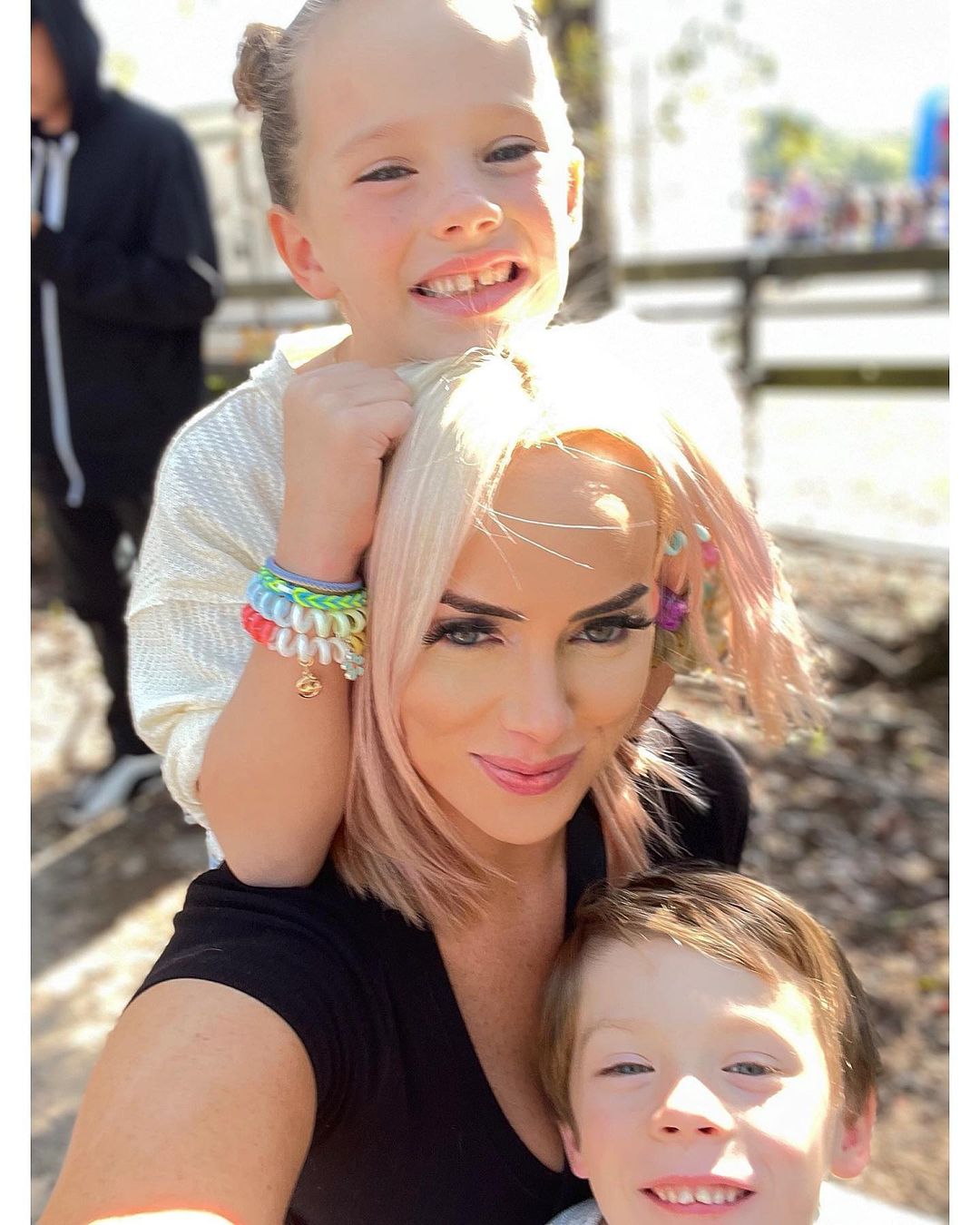 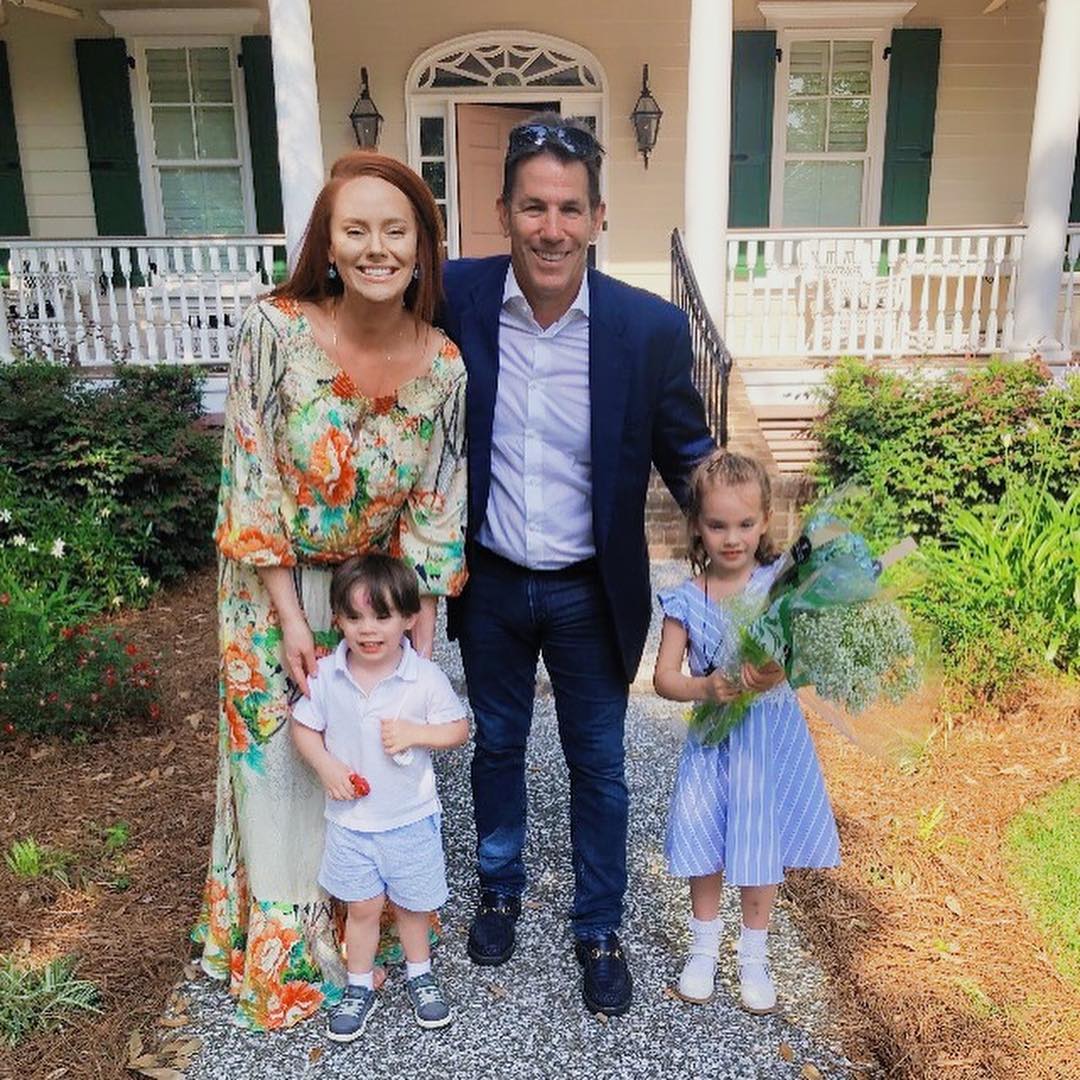 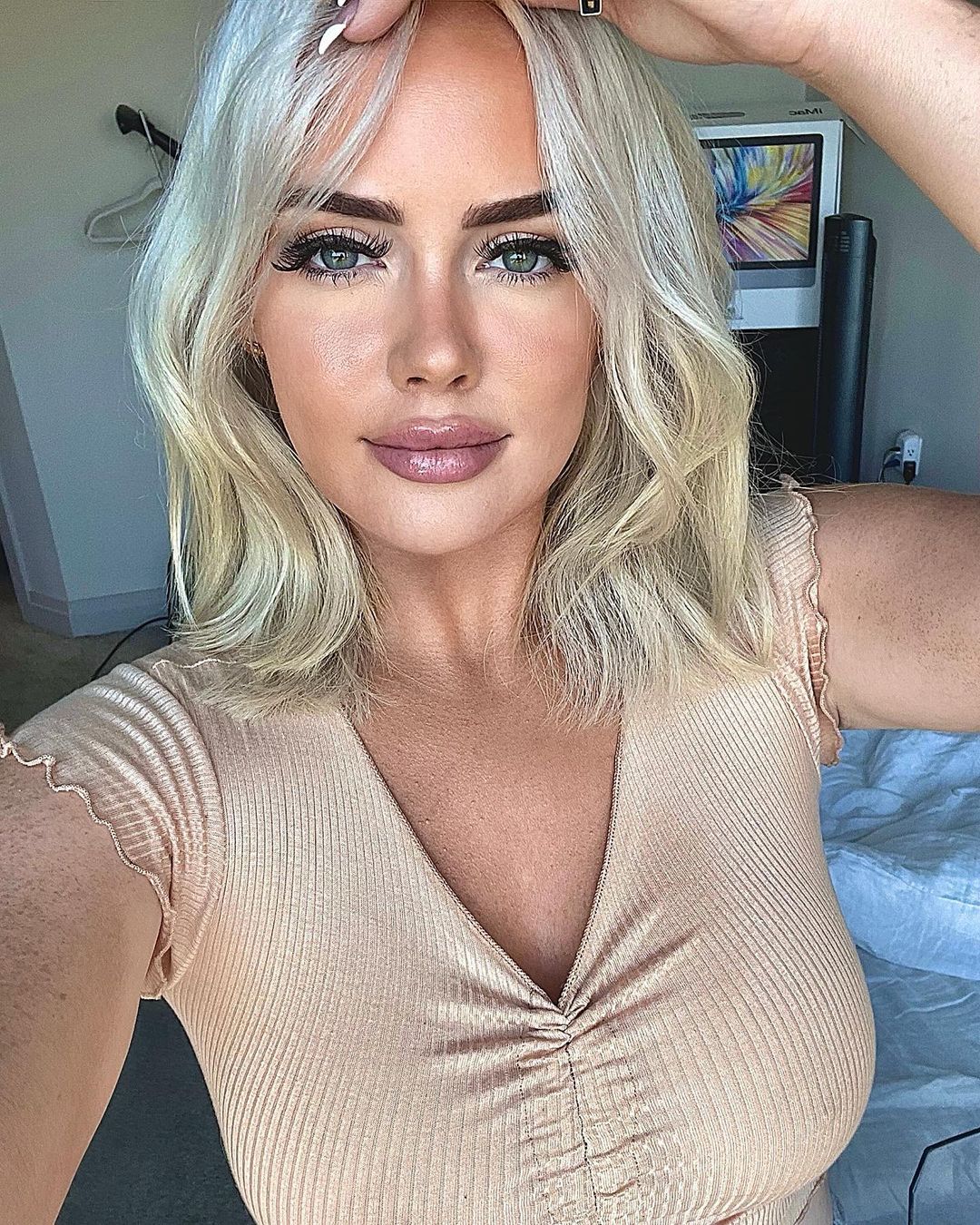