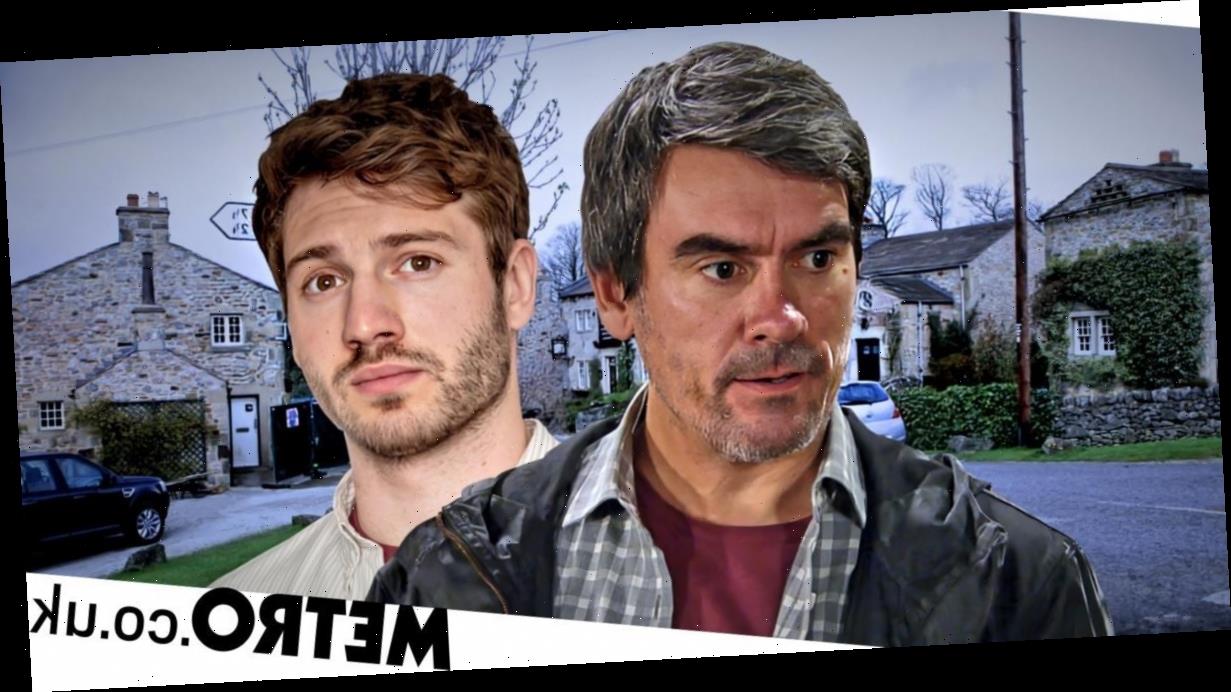 Cain Dingle (Jeff Hordley) sets his sights on revenge in Emmerdale, and Jamie Tate (Alexander Lincoln) could be set to pay the ultimate price as a result.

Chas (Lucy Pargeter) insists that Cain take action on Jamie after everything he’s put Belle (Eden Taylor-Draper) through, and — after giving it some thought — Cain sets off to do just that… with a metal pipe in hand!

Sam (James Hooton) fears the worst when he learns of Cain’s plan, and thus pleads with Moira (Natalie J Robb) to have a word with him — knowing that if anyone can get through to him, it’s her.

Moira sets off to stop her hubby from making a big mistake, and — upon confronting him — she reminds him the guilt he felt when he thought he’d killed Joe (Ned Porteous).

Will Moira’s words have any effect on Cain?

That remains to be seen, as before he’s able to follow through on his deadly revenge plan, both he and Moira are locked in a barn by Mackenzie (Lawrence Robb).

With the decree nisi having recently arrived, Moira uses this opportunity to do what she can to save her marriage — pleading with Cain to forgive her.

Cain reminds her of how she broke his heart, but what will tranpsire?

Will Jamie pay for what he’s done with his life?

MORE : Why Emmerdale’s Mandy and Vinny lockdown episode is a two-hander triumph