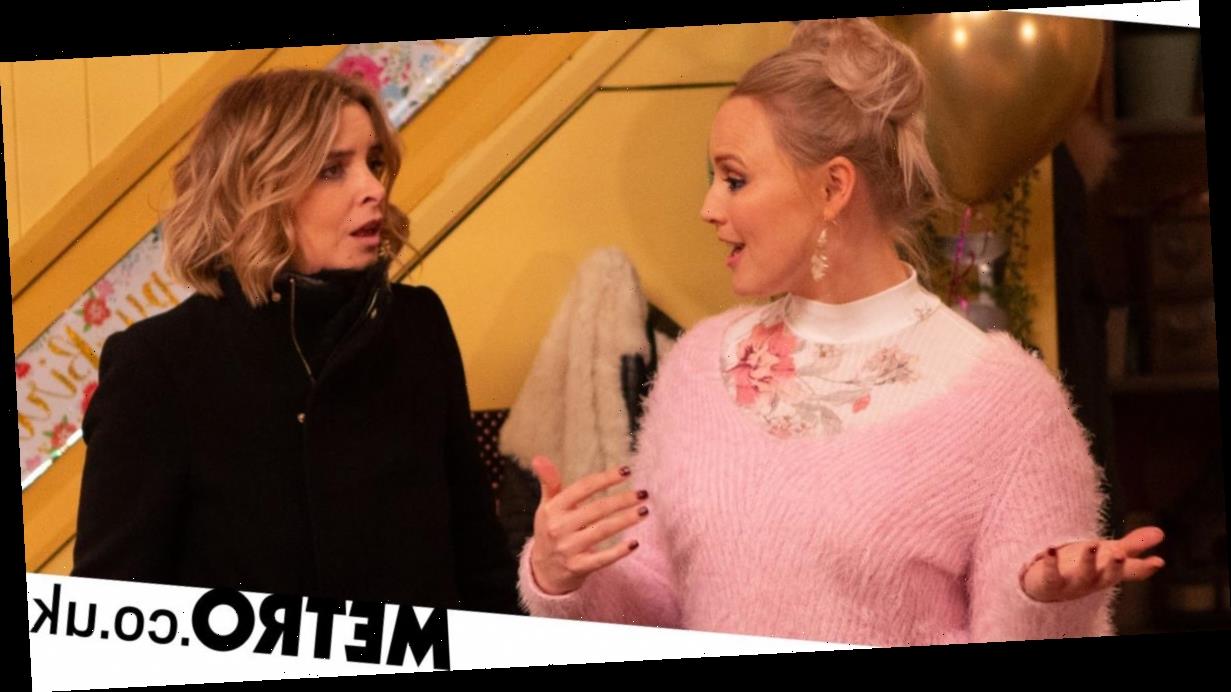 Tracy Metcalfe (Amy Walsh) has accused a horrified Charity Dingle (Emma Atkins) of not being there for her fiancee Vanessa Woodfield (Michelle Hardwick) in Emmerdale – and ordered her to back off as her sister deals with cancer so she can be the one to support her.

Since Vanessa confided in Charity that she is battling bowel cancer and is has spread, Charity has understandably gone through a range of emotions and found it hard to deal with. But determined to protect Vanessa, she was wary when she learned Tracy was planning a surprise party for her.

Knowing that Vanessa wouldn’t want to be the centre of attention, Charity tried to put a stop to the party but Tracy dug her heels in oblivious to the real reason. As a result Charity was forced to confide in her what was really going on and Tracy was shocked to the core.

Realising that Charity had told Tracy, Vanessa stormed off and Tracy followed, allowing her sister to open up and bringing her back to the party. But a hurt Charity then felt pushed out when Tracy demanded to know why she hadn’t been there with her at the hospital for her diagnosis.

An upset Charity explained that she didn’t know about it but Tracy reckoned she just wasn’t paying attention and now she is trying to compensate by smothering Vanessa with attention. Accusing her of dealing with it all wrong, Tracy ordered Charity to back off before she then went to hug Vanessa.

Stung by the harsh words, what will Charity do next? And can she and Vanessa survive this rocky road?

If you’ve got a soap or TV story, video or pictures get in touch by emailing us soaps@metro.co.uk – we’d love to hear from you. Join the community by leaving a comment below and stay updated on all things soaps at our homepage.