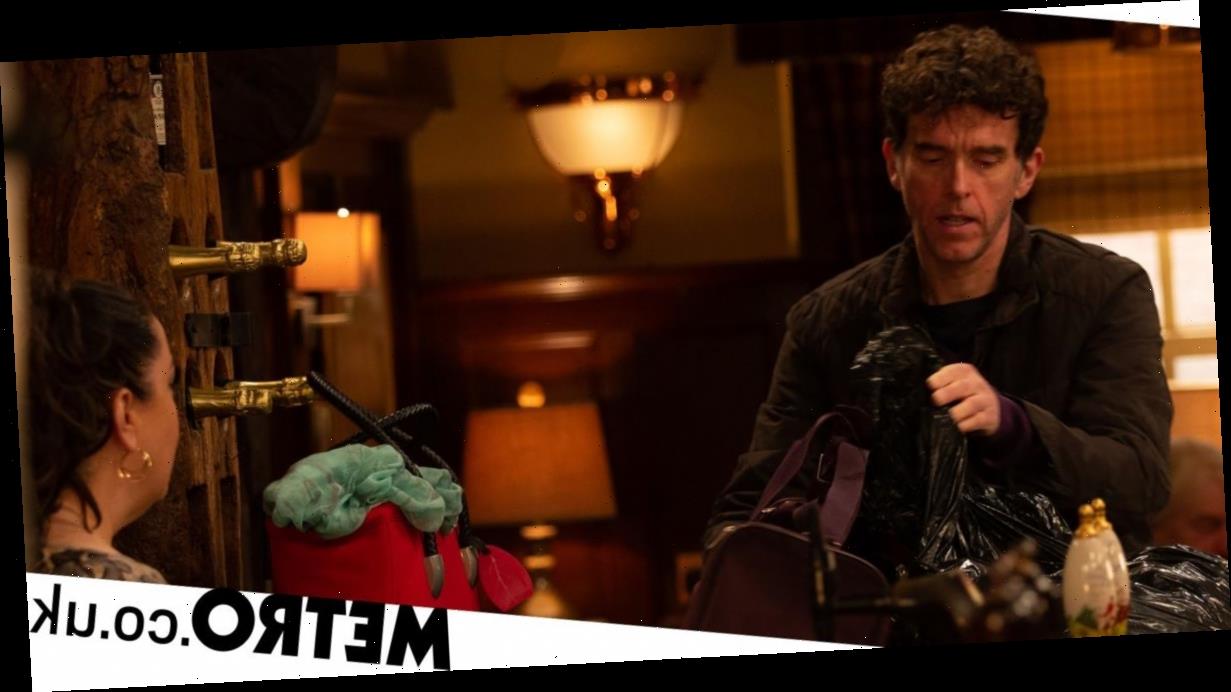 Following his release from prison, Marlon Dingle is naturally keen to get things back to normal and spend time with daughter April (Amelia Flanagan). But after discovering betrayals from within his own Emmerdale family, he decides enough is enough and after exposing Charity’s (Emma Atkins) money theft, he declares that he is done with the Dingles.

Mark Charnock explained: ‘I think Marlon is quite broken and damaged by his experience in prison. He thinks the Dingles should look after each other, but from his point of view, they didn’t have his back this time and looked after themselves. He’s so shocked and disappointed, but mainly furious!

‘I don’t think Marlon realises quite how much he needs his family. He’s always relied on them and he loves them. He thinks the world of them, but he’s just lashing out because of his situation.

‘Marlon’s anger means that April is seeing a dad that she doesn’t really recognise. He’s trying to bridge the gap between them, but he keeps creating distance with his family wherever he goes.

‘What this does is create stories going forward where Marlon will make up ground with these people, hopefully. The consequences coming up are really interesting and great. There’s also stuff coming up for Marlon in late spring that I’m really excited about.’

As well as discovering that Kim Tate (Claire King) was involved in a plot to kill Graham, Marlon is off on one – and Mandy (Lisa Riley) also upsets him by getting a reporter involved in his reunion with April.

Mark sighed: ‘Marlon is reunited with April, but this reporter is in his face asking questions. He’s so shocked by it and infuriated, because Mandy has basically done it to get money. After everything he’s been through, he can’t believe that Mandy has done something so crass.

‘Rhona also tells Marlon about Charity, Ryan and the money. They knew the money implicated Kim and would have got Marlon out of prison, because someone else had a major motive.

‘Marlon really goes after Charity and overreacts massively, although what she and Ryan did was pretty bad! They kept the money and tried to deflect any suspicion away from themselves. If they’d just come forward, it would have proved that other people could have killed Graham. So he’s incandescent with Charity and Ryan.’

He added: ‘Rhona also tells Marlon that Kim could have hired someone to kill Graham. Marlon ends up hitting Al and really loses it with him. He wants Ellis to go to the police, but Ellis chickens out because he doesn’t want to dob his dad in. Marlon kicks Ellis out and when Billy tries to defend Ellis, he kicks Billy out too!

‘Marlon might be overreacting to certain people, but he’s getting rid of anyone in his circle apart from his children, who he wants to focus on completely. The stress levels build and he even has a go at Chas for backing up Charity. He slowly but surely closes his family out of his life.’

If you’ve got a soap or TV story, video or pictures get in touch with the Metro.co.uk soaps and drama team by emailing us [email protected] or by visiting our Submit Stuff page – we’d love to hear from you.

Additionally, join in with the community by using our comments section below to share your thoughts on this story. You can see all other soap stories by visiting our homepage here and you cansign up for our free newsletter full of exclusive soap news, interviews and spoilers by following this link.