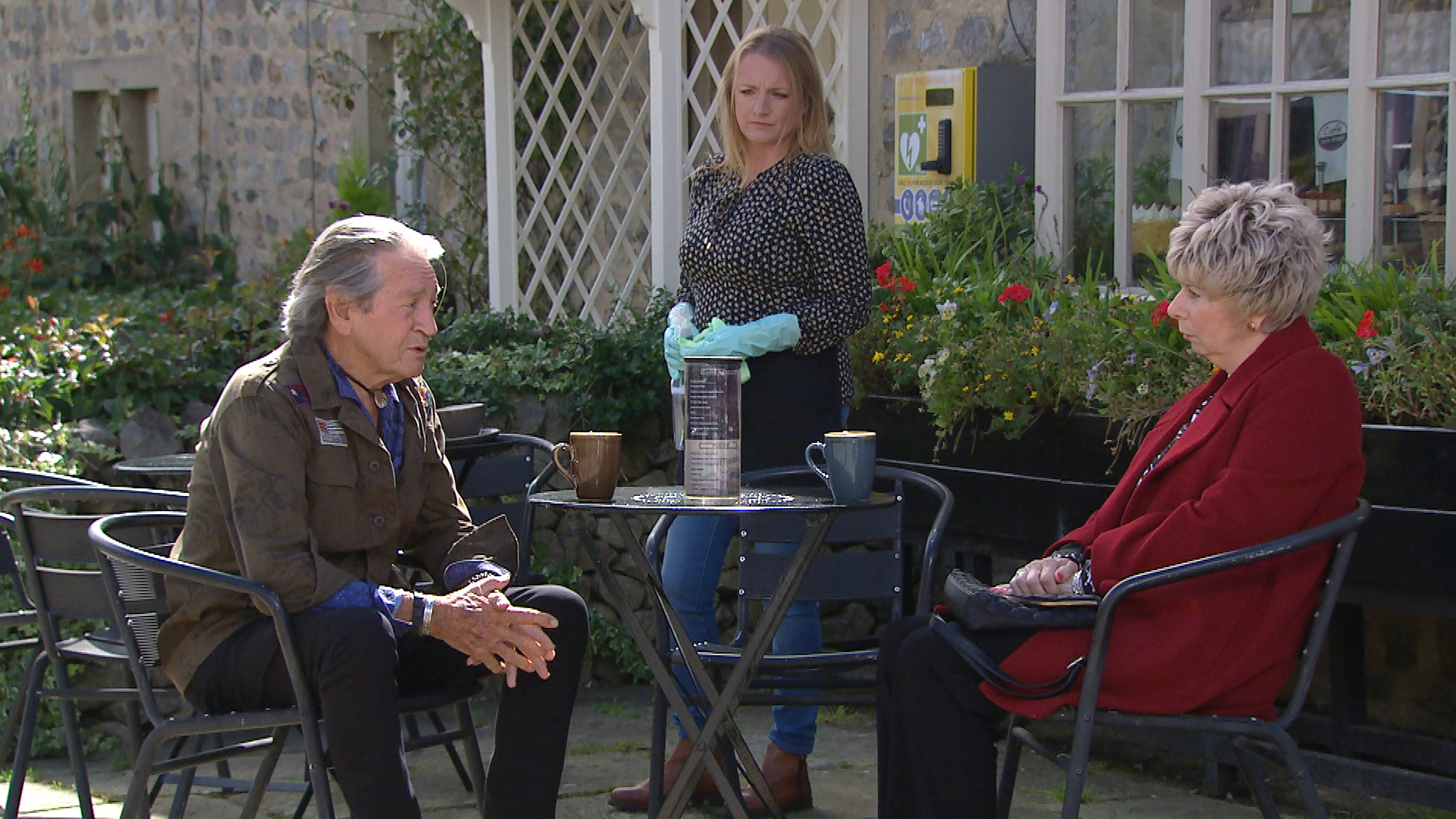 Recently, Diane decided to go on a date, but she was left far from impressed when her date Michael (Doctor Who’s Colin Baker), turned out to be more interested in a puzzle than her.

Fortunately, Rodney was able to save Diane from the date, which leads to further chemistry in future scenes…

Rodney continues his campaign to win Diane back, but they’re scuppered when Belle (Eden Taylor-Draper) offers her services at the B&B.

Later on, Diane is feeling niggled when she hears Belle slagging off her poor management skills.

Feeling upset, Diane confides in Rodney, but as they both get caught up in a moment, tipsy Diane agrees when Rodney asks to move in with her!

Rodney is ecstatic, but where could their evening lead?

If Diane is somewhat tipsy during these scenes, could she sober up and regret her decision to let Rodney move in?