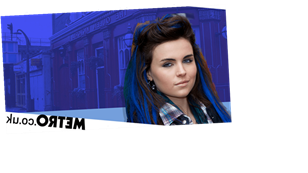 However, viewers know that after a dramatic showdown, Gray (Toby-Alexander Smith) killed Tina after she figured out he abused and killed Chantelle (Jessica Plummer). Gray hid Tina’s body and has convinced Mick and Shirley that she has gone on the run.

But with Mick growing curious over Tina’s whereabouts, could her daughter Zsa Zsa return to try and find the whereabouts of her mum?

In the Vic, Linda (Kellie Bright) suggests going out for Mick’s birthday, but Mick is clearly worried about Tina as she never forgets his birthday.

As Mick takes a phone call from Zsa Zsa, Stuart (Ricky Champ) comes over suggesting that he will organise Mick’s birthday instead.

Zsa Zsa was last seen in 2010 and while it hasn’t been confirmed that she will return, could this phone call Mick takes be the beginning of him figuring out that Tina hasn’t moved abroad as she planned?