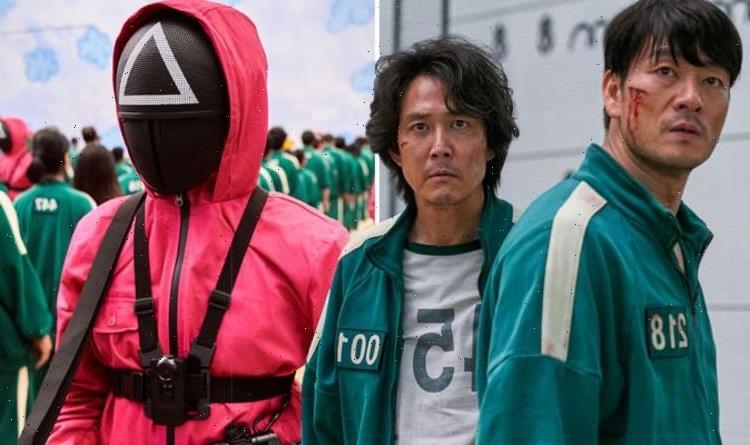 Squid Game is Netflix’s hit survival drama currently topping the streaming giants’ charts in the UK, USA, South Korea and beyond. Following a debt-ridden Seong Gi-hun (played by Jung-jae Lee), fans witness over the course of nine episodes how he and hundreds of other desperate members of the public face off in a series of deadly games to try and bag billions of Korean won. However, with millions streaming the drama, a South Korean internet provider has reportedly decided to take action against Netflix.

SK Broadband, a South Korean internet provider, is reportedly suing Netflix over an increase in traffic due to its popularity, according to Reuters.

Up to Squid Game’s release in September, the internet provider claims traffic from Netflix has increased 24-fold in the space of almost three and a half years – from May 2018 to September 2021.

In its claims against the streaming service, SK claim Netflix is second among South Korea’s traffic generator behind YouTube – with the likes of Amazon, Facebook and Apple all paying network usage fees.

SK Broadband allegedly wants Netflix to pay for the network access dating back to 2018 – last year’s estimations for network usage came in at a staggering 27.2 billion won (£16.95 million)

Netflix has responded to SK Broadband’s claims, with a spokesperson telling CNBC [via Daily Mail]: “We will review the claim that SK Broadband has filed against us.

“In the meantime, we continue to seek open dialogue and explore ways of working with SK Broadband in order to ensure a seamless streaming experience for our shared customers.”

The claims come amid speculation Squid Game is on track to be one of the streamer’s most-watched and successful series of all time.

“Squid Game will definitely be our biggest non-English-language show in the world, for sure,” Sarandos said at the Code Conference [via Deadline].

“It’s only been out for nine days, and it’s a very good chance it’s going to be our biggest show ever.”

Since Sarandos’ comments, Squid Game’s popularity hasn’t faltered, meaning it has blown the likes of fellow international series like Lupin and Money Heist out of the water.

And it’s easy to see why as the unique storyline mixed with gripping action and heartbreaking twists have kept viewers hooked.

However, while Squid Game remains one of the most-watched shows on the planet right now, there has been some exception to the particularly gory scenes which take place in the majority of episodes.

Throughout, the participants are forced to play a series of child-like games, twisted to include deadly and murderous repercussions for those who lose.

What follows is a series of bloody and murderous backstabbing and particularly graphic consequences.

And it even resulted in some Netflix subscribers having to turn off the drama.

Taking to Twitter, @_jacarranicole said: “I could not watch squid game… too gory for me.” (Sic)

Twitter user @Mu_nyaR agreed: “Squid Game had a great concept, first episode was wow. The rest of it is just too Gory sorry.”

While @dejamonetxo weighed in: “I feel like I am the literal one person who does not like Squid Game…way too gory and the first episode started out slow and then progressed in an unrealistically quick way. I won’t be watching the rest and gore is overrated.”

Squid Game is available to stream on Netflix now.