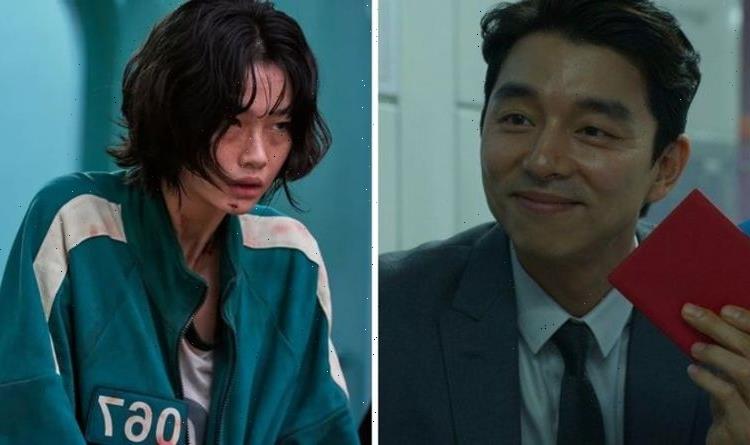 Squid Game follows a group of down-and-out contestants all thrust into a dangerous series of games. These games offer the chance to win billions of won, but the cost of failure is death. Throughout the series, the question of the game’s creator is raised, but fans believe they spotted one major clue way earlier than the reveal.

Squid Game has proven to be more popular than Netflix and the showrunners of the series had ever anticipated.

In fact, it is the most popular show ever produced for the platform, breaking multiple records in regions across the world.

Part of the success is due to the absurdity of the project, with the story, characters, and visuals all leaving a lasting and unique impression.

However, the show is just as detailed as it is unique, with fans going back through the show to try and find hidden details.

This has led one fan to discover a detail hidden in episode five, titled A Fair World.

Most of the episode focuses on Seong Gi-hun (played by Lee Jung-jae) and his team taking turns at keeping guard through a particularly challenging night.

But there is one specific moment that has caught the attention of one fan who took to Reddit to share their discovery.

User Anete3 posted on the Squid Game forum: “I’m rewatching the show and I noticed one thing in e5.

“When the detective is looking at this year’s player files, they start with 002. As we all know, 001 is an inside job, so he wasn’t included in the files. I think this is quite neat.”

He and his other rich friends got bored in their later years and created it as a way to have fun.

However, this was the first time Il-nam decided to compete in the games, as he was looking for a way to recapture his youth.

In the final moments of the show, Gi-hun, who has won the game at this point, is confronted by Il-nam.

He proposes one final game, waging all the billions of won that Gi-hun has earned.

As an old man, Il’nam has lost faith in humanity because of all the horrible things he has witnessed over the years.

He says to Gi-hun that if a homeless person isn’t helped by midnight, it will prove his point about humanity and he will win all the money.

In the end, someone does help the homeless person, but Il-nam passes away before the game could be completed.

Il-nam was proven wrong and there still remains hope for humanity, making the series of games Gi-hun had to complete even more futile.

Gi-hun ultimately decides to go his own way and try to do something about the games.

This leaves the door for a second season wide open, but currently, there has been no announcements about a sequel season.

Squid Game of available to watch exclusively on Netflix.