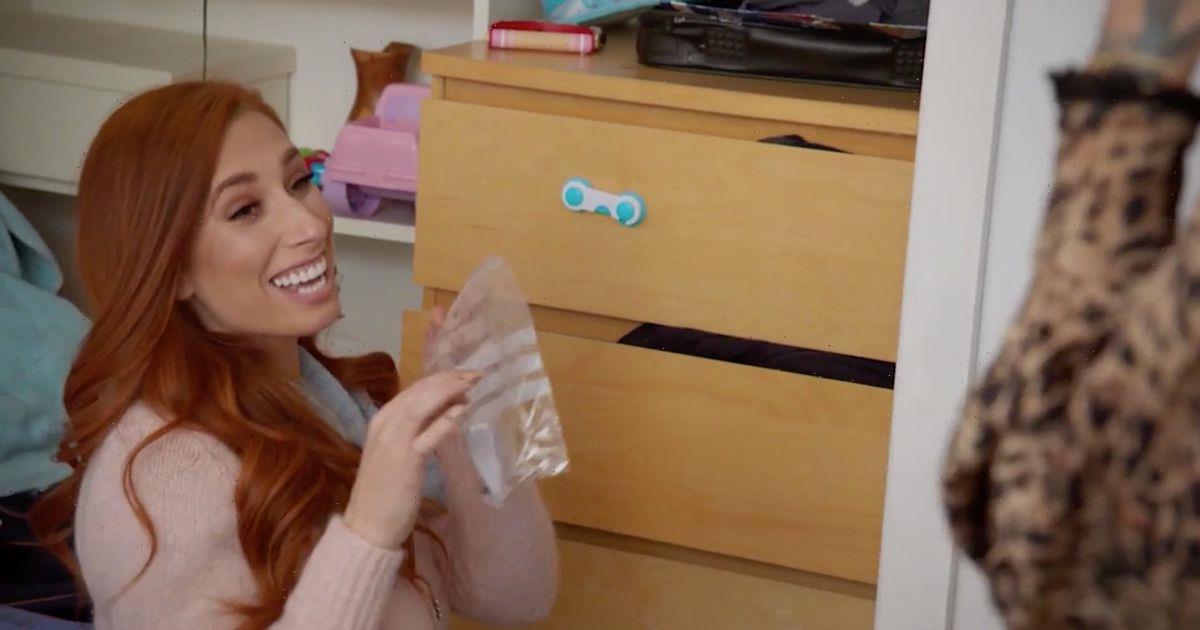 Stacey Solomon discovered an umbilical cord during her first sweep of someone’s home on the latest episode of her popular new home organisation series Sort Your Life Out.

The Loose Women presenter, 32, brings her team of experts along as they get to grips with the mess and problems within the property, but no one is prepared for the item they find.

Bringing everyone into the first room, Stacey announces: “So… I don’t know what this is.”

It comes after Nick Knowles defended Stacey following accusations from some viewers that the star and the BBC had "copied" his show.

Laughing, the mum-of-four admits she was going to welcome everyone in but doesn’t really know which room in the house it is.

“It feels like it should be the front room,” Dilly observes, as Iwan notes the space looks more like a bedroom.

After some milling around, Robert notices Stacey has picked up something from a drawer near the floor.

“It’s the umbilical cord!” Stacey then declares, unable to stop herself bursting into laughter.

But while the Essex-born singer thinks her findings are sweet, the rest of the team are unimpressed.

With audible gasps from the two men, Dilly exclaims: “Oh please no,” in horror.

Shrugging, Stacey insists she would keep her own baby’s umbilical cord as a keepsake.

Also in the video clip, which teases the group’s next big job to sort a family’s “life out”, Iwan jokes he’ll have his work cut out for him with an old brown rug on the floor.

“Yeah someone’s sleeping in here,” Dilly also confirms, as Stacey wonders whether the family are using their old front room as a makeshift bedroom to get their children to sleep in instead.

There is also a kitchen and a makeshift garage, and the whole home is packed to the rafters with the family’s possessions.

So far, Stacey’s new organising programme has already become a huge hit, with various celebrities praising the star for her successful first turn as a presenter.

Sort Your Life out continues Thursdays at 8pm on BBC One.

For all your latest updates onStacey Solomon, sign up to OK!'s daily newsletter.