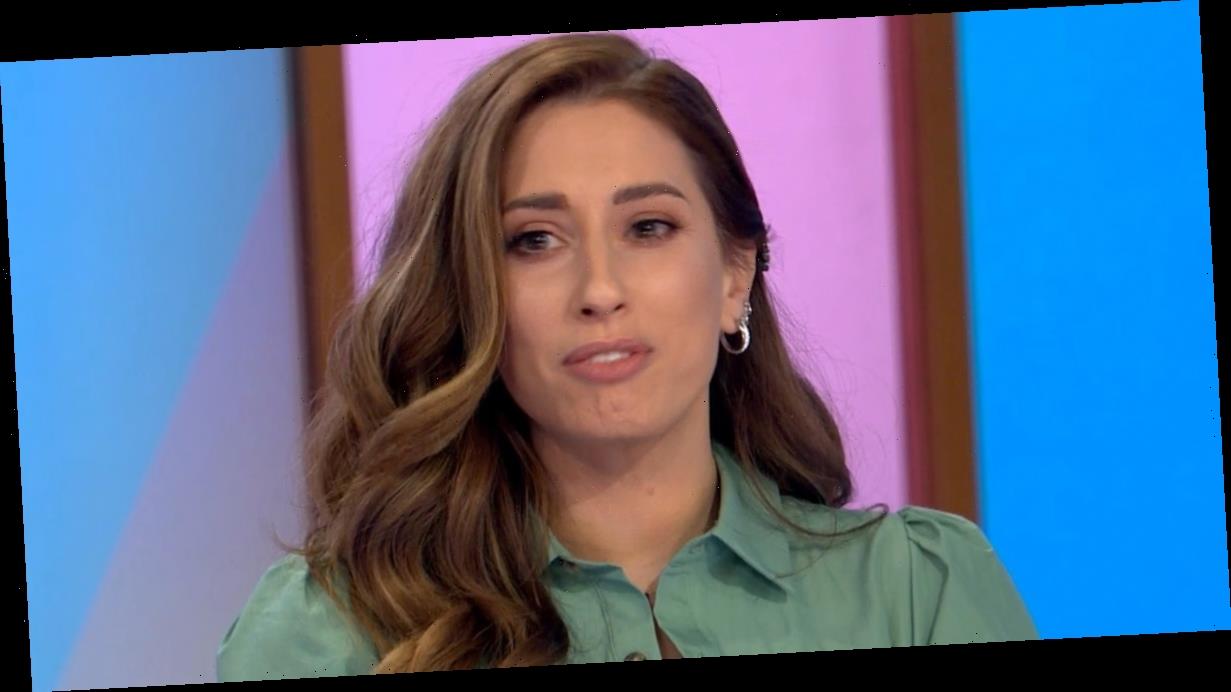 Stacey Solomon thought Joe Swash had his ear chopped off by an ice skate after he returned form training with a giant bandage on his head.

The Dancing on Ice finalist came home hours late from rehearsals and didn't even tell his girlfriend he was going to hospital.

The big bandage was a precaution after Joe suffered an ear infection, which Stacey had warned him to get checked out.

And Stacey revealed that baby Rex, who is always happy and smiling, did not know what to make of his dad's new look.

Speaking on Loose Women, Stacey said: "Can I just set the scene. He told me nothing about this. Not even, ‘I might go see the doctor’. I’m waiting at home for hours and hours. He walks through the door like that.

"The first thing I did was check he didn’t have an ice skate chop his ear off. It was so dramatic. When I realised it wasn’t serious I did cry with laughter for a good hour."

Stacey explained that Joe had been taking hits to the ear during training which gradually built up and caused an infection.

Joe repeatedly claimed something wasn't right with his ear and urged him to go to the doctor – but he did not listen.

She told the Loose Ladies: "It got bigger and bigger. eventually someone at Dancing on Ice said, 'I think it's a good idea to go get that check out'.

"I don’t know if anyone else has this with their partner. It is infuriating. On a serious note, I can't get him to the doctor for love or money. He carried on until his ear is literally the size of his head."

A cute clip then played of confused baby Rex looking at his dad's massive head bandage.

She added: "When he woke up he was happy and smiley in the morning.

"When he notices the bandage. He does not know what to make of it. He is usually so happy."

Stacey shared an update on Joe's health with her fans on social media last night.

She wrote: "Joe is safe and well and still dancing, he just had some sort of ear infection and it looks to me like they're being precautious."

In a hilarious video, Joe wanders in from rehearsals with the massive bandage, leaving his girlfriend in hysterics.

However, Joe didn't look too happy about Stacey making light of the situation during the hilarious clip.