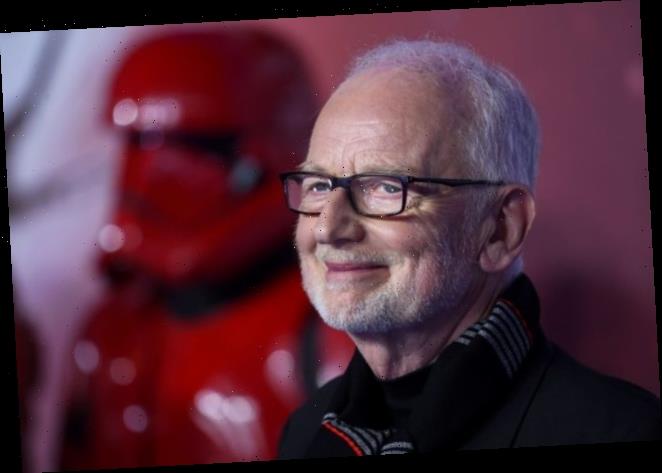 Star Wars: The Rise of Skywalker may be essentially done with its theatrical run. Yet, only now in the end are fans beginning to understand some of the finer points of the film’s story. After all, the film certainly didn’t offer much in the way of explanation. No wonder its reviews reflected poorly on the grand finale of the Skywalker saga.

The surprise return of Emperor Palpatine (Ian McDiarmid) is easily one of the most divisive aspects of the movie. The Rise of Skywalker offers cryptic answers for how his return is possible. Yet, thanks to the film’s upcoming novelization, fans now know the Palpatine on-screen was actually a clone of the late Sith Lord.

Now McDiarmid himself has confirmed the movie’s original script revealed his character’s true nature in the first few minutes.

[Spoiler alert: This article contains MAJOR spoilers for Star Wars: The Rise of Skywalker. Read at your own risk.]

In that first teaser trailer for Star Wars: The Rise of Skywalker, Palpatine’s signature cackle puzzled fans. With the villain’s return a key part of the marketing, it makes sense then the film itself wastes no time getting to him. In fact, the entire opening crawl hinges on Palpatine’s message from beyond the grave. “The dead speak!”

So, as we follow Kylo Ren (Adam Driver) on a quest to Exegol, he comes face to face with a decrepit-looking Palpatine. This time, the Sith Lord looks even worse than in Return of the Jedi, a half-alive shell of his former self. Palpatine proudly proclaims he has been puppet-mastering the First Order the entire time. And fans see a vat of clones to confirm he made Snoke.

Palpatine makes an off-handed reference to his own death and again touts the “unnatural” abilities of the Dark Side. But he never tells Kylo or us how he survived the events of Return of the Jedi. Instead, we learn he’s been quietly building an entire fleet of Star Destroyers armed with Death Star tech. Because the previous two films did not set up his return, The Rise of Skywalker should have clarified the truth behind Palpatine’s role.

Ian McDiarmid confirmed the clone reveal was in the original script

At a recent appearance at Comic Con Brussels, McDiarmid eloquently spoke about how Palpatine’s shocking return recontextualizes the saga. After all, he is the “phantom menace” of Episode I.

“Talk about power. If you think back, and I’m sure you will, to watch them in the correct sequence, that’s threaded throughout all of the movies, that sense of evil,” McDiarmid said. “In a sense, when everyone commits a bad act, it’s because of this character, this influence. Either in public or pervasively in private.”

The Rise of Skywalker attempts to tie together the saga by positioning Palpatine as the evil visionary whose dark legacy is intertwined with that of the Skywalker family. While a promising idea in theory, the execution falls short in the film’s final cut. Yet, McDiarmid said Palpatine’s reveal was supposed to be much more straightforward.

At one point the script had the line in that first scene with Adam [Driver]. When he says, “You’re a clone,” and I said, in that original script, which is no longer with us, “More than a clone. Less than a man.” Which seemed, to me, to sum him up, really. Because we know the camera has already snaked past the clone tank in which there are various versions of Snoke.”

We have no indication of why the line was cut. Likely, director J.J. Abrams trimmed it in an effort to get past what is essentially the film’s prologue a bit faster. Yet, many fans probably agree leaving this brief exchange intact would have made The Rise of Skywalker feel a little less messy.

Hopefully, after Star Wars: The Rise of Skywalker, Lucasfilm will leave the saga’s central bloodline behind for good. Between the Palpatine confusion and the apparent Reylo clean-up, The Rise of Skywalker has further complicated an already-convoluted story. The response from fans and critics reveals a hunger for fresh stories set in the Star Wars universe.

The Disney+ series The Mandalorian is a step in the right direction. The show builds on established lore without leaning on characters we know. It expands the universe, in a sense, much like many of the Star Wars novels have. But a spin-off on the hidden Sith world of Exegol — as introduced in The Rise of Skywalker — probably isn’t the best idea, all things considered.