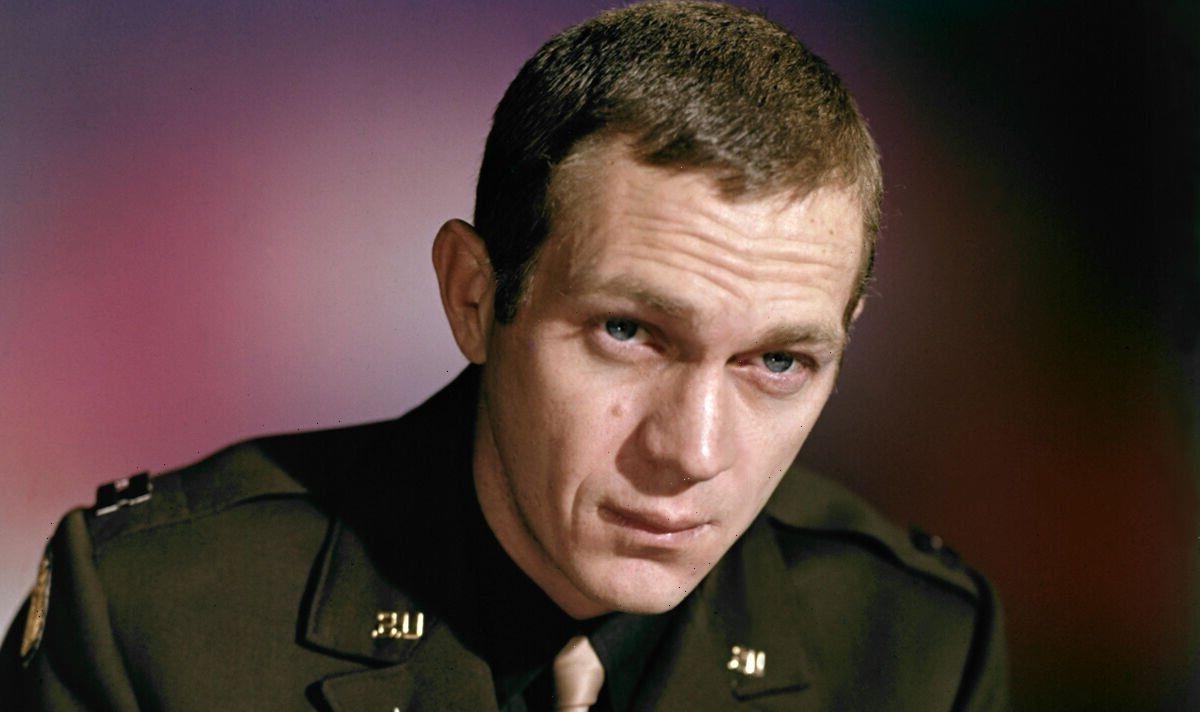 Cinema fans know Steve McQueen today as one of the coolest Hollywood icons of all time. The star of Bullitt, Le Mans and The Getaway was known as an incredible actor who has never been matched. But it took a long and winding road to get to that point.

McQueen suffered from an early age. He was abused by two step-fathers and had an alcoholic mother who left him on the street aged nine.

The young McQueen found himself in a street gang, before moving to New York aged 16. He soon joined the Merchant Marines but abandoned his post to start working at a brothel.

It wasn’t until McQueen turned 17-years-old in 1947 – 75-years-ago this year – that he received permission from his mother to join the US Military.

Although the star likely joined the military to get away from his hopeless life, he was quoted as saying: “It was all very pleasant just lying in the sun and watching the girls go by, but one day I suddenly felt bored with hanging around and went and joined the Marines.”

Before long, he completed his basic training at Parris Island in South Carolina.

But then things started going wrong.

McQueen was initially promoted to Private First Class in the marine corps – but he could not deal with authority. He was demoted back to Private for his reported insolence towards his superiors.

Some reports claim he was demoted no fewer than seven times throughout his military career.

Likely around the same time, while McQueen was in Marine Corps Base Camp Lejeune, he decided to extend his weekend off to hang out with his girlfriend.

McQueen went absent without leave (AWOL) for two weeks while on vacation in North Carolina.

After being recaptured by the military, he was placed in the brig for 41 days where he survived on just bread and water.

The rebellious star only stayed in the US Army for a few more years before leaving in 1950 and kickstarting his career in Hollywood. And in 1963 McQueen managed to use this real-life experience to create an authentic performance in his movie The Great Escape.

In the movie, McQueen plays Captain Virgil Hilts “The Cooler King” – a prisoner renowned for his escape attempts from the Nazi Prisoner of War camp he was in. Because of the character’s numerous escape attempts, he found himself in the “cooler” frequently.

Another example of his real-life antics finding him in Hollywood came ten years later in 1973 when he played the titular convict in Papillon.

Similarly, he played a captured man who spent time in isolation while also trying to escape his captivity.

Despite the trouble McQueen had while he was in the military, he ultimately praised the experience.

Years after becoming a worldwide icon, McQueen was quizzed over his time in the army.

He bluntly responded: “The Marines made a man out of me. I learned how to get along with others, and I had a platform to jump off of.”

His reference to a “platform to jump off” was no doubt a metaphor for his way of acting in the years that would follow.