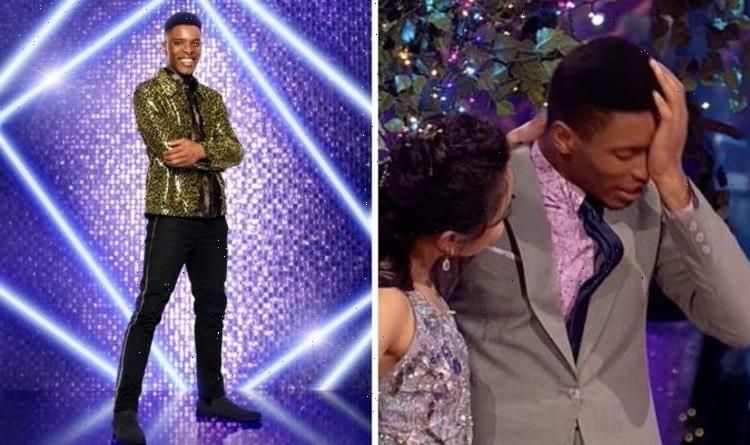 CBBC presenter Rhys Stephenson was the latest celebrity on Strictly Come Dancing to take part in the tense Week 10 dance-off. Although he was saved, many viewers are convinced he could soon be forced to hang up the dancing shoes, even though BBC Breakfast host Dan Walker was a favourite to leave the competition.

On Saturday Rhys and his professional partner, Nancy Xu took to the Strictly dancefloor to perform the Waltz to Whitney Houston’s ‘Light Up My Life.’

Taking on the judges’ previous criticisms, he was able to control his energy and slow it down for the Waltz.

However, despite his efforts, the 28-year-old presenter found himself in the bottom two for the third time.

Although his opponent TV chef Tilly Ramsey was sent home, the bookies are convinced Rhys could be the next celebrity to leave the competition.

Elsewhere on Strictly, Dan remained Ladbrokes’ favourite to make an exit, a title he has now held for the fourth week in a row.

Despite the fact, he has yet to take part in the bottom two dance-off, the bookies gave him an 8/11 to make his departure with credit.

13/8 predicted Rhys Stephenson would be given the boot, with every other name being 9/1 or bigger as things stand.

Alex Apati of Ladbrokes stated: “It’s all too familiar territory for Dan Walker this week, who is odds-on to finally be sent packing from Strictly – although recent form says Rhys Stephenson’s position is under threat.”

With the quarter-finals quickly approaching, Rhys and Nancy will battle it on Saturday in hopes of taking home the glitterball trophy.

To impress the judges, the pair will dance the Argentine Tango to Phil Collins’ In The Air Tonight.’

After his performance, Dan was met with criticism from viewers who claimed the show was ‘fixed’ after he made it through another round with a score of 31 out of 40.

This included CharlesDraper22 who tweeted: “BBC needs to stop gaslighting us into thinking Dan Walker can dance.”

Earlier this week the BBC Breakfast presenter took to social media to hit back at fans and defend his place in the competition.

The Twitter post read: “Thank you to everyone who is sending lovely messages & enjoying us having fun on #Strictly.”

It was also Tilly’s third time in Strictly’s bottom two as she failed to impress the judges with her take on the samba.

While she was performing on the Sunday for a place in the quarter-finals, Tilly’s professional dancer Nikita Kuzmin was left red-faced after suffering a jaw-dropping wardrobe malfunction.

By the end of it, he was completely topless as the shirt had come open early on in their performance.

Unfortunately, it wasn’t a seamless removal as it got tangled with his microphone wire and instead of tossing it to the side he was forced to place it over his shoulder.

However, by the end, the shirt was hanging off his microphone wire, which would’ve undoubtedly played a part in the judge’s decision to send them home.

Strictly Come Dancing continues Saturday at 6:40pm on BBC One.